Conditions: Look, it’s Perth, what do you expect? Of course there are cloudless skies, balmy midwinter temperatures, and just the slightest of breezes.

Also, are Queensland Police suggesting the Maroons are about to commit a crime?

While you’re waiting for the action to get underway, enjoy lifelong Bears tragic Sam Perry keeping the dream alive.

Speaking earlier of the NSW changes to the ruck, Billy Slater reckons they’ve made the Blues a more dangerous proposition, telling Nine: “I see a huge strength in their dummy half position. Firstly with Apisai Koroisau starting the game, he’s got a great craft around dummy half area and then we’re anticipating Damien Cook to come on somewhere late in that first half. So when he gets there, he’s an explosive runner. So that’s what we’ve worked hard on this week. It will be a big strength of their game.”

Time for Grinspoon to churn through some generic 00s rock on a flame effect stage in the middle of Optus Stadium. Incidentally, if you grin into a spoon you will look like Pete Townshend from The Who.

Tonight is the second occasion Origin has crossed the Nullarbor. Back in 2019 the Blues blitzed their way to a 38-6 hammering. NSW crossed for six tries that night but none of the tryscorers are in the line-up this evening.

Mate vs mate, stat vs stat.

The message coming out of NSW is more creativity than Origin I, especially off the bench. The introduction of Api Koroisau at hooker nudges Damien Cook to the pine, from where he has been backed to have more of an impact.

“It helps me I reckon,” skipper James Tedesco just told Andrew Johns. “He [Koroisau] has done it for a number of years at Penrith, Cookie is coming on fresh, 23rd minute mark, plays some havoc hopefully through the middle.”

By contrast, just the two injury-enforced changes to Queensland’s group with Xavier Coates and Reuben Cotter replaced by Murray Taulagi and Jai Arrow.

Brad Fittler isn’t going to die wondering. Wholesale changes were demanded and wholesale changes have been delivered. Jake Trbojevic makes a welcome return in the pack, while the replacement of the centres reflects the inability of the Blues to stretch the play in Sydney. The starting XIII now contains seven Panthers.

Nick Tedeschi previews tonight clash in what could prove to be a referendum on Brad Fittler the coach.

While the pressure is certainly on NSW to keep the series alive, history suggests this is a very good spot for them. Brad Fittler has not lost a Game 2 during his tenure as coach, suggesting he has been able to make the necessary adjustments when required. And teams who lost the opener have won the last six when Game 2 is held at their home ground or on neutral turf. Fittler has taken a big gamble heading into Perth. Whether it pays off or not will decide not only the 2022 series but Fittler’s reputation as a coach.

Hello everybody and welcome to live coverage of – deep breath – the Brydens Lawyers NSW Sky Blues versus the unbranded Queensland Maroons in game two of the 2022 Ampol State of Origin series at Optus Stadium in Perth (AKA Origin II). Kick-off is 5.50pm local time (7.50pm on the east coast).

The best of rugby league enemies venture out of the heartland for one of the biggest fixtures on Australia’s sporting calendar, and they have gone all the way to WA to spread the gospel of the game born in a Huddersfield boozer.

Origin I was a belter, played at breakneck speed with nary an error to give anyone time to breathe. NSW entered as defending champions and clear favourites, but played an uncharacteristically subdued brand of football and were outmanoeuvred by the tenacity of a Queensland side playing on the limit, inspired by the maverick Cameron Munster. Debut coach Billy Slater continued where his record breaking playing career left off, and his decision to back a host of rookies paid off handsomely. The Maroons now only have to win one of the final two matches – neither hosted in NSW – to snaffle an unlikely shield.

Consequently, all the attention has been on NSW and coach Brad Fittler in the lead up to Origin II. Wholesale changes were expected, and duly delivered, with Fittler taking the not unreasonable decision to back-in a stack of Panthers from Penrith’s all-conquering NRL machine. “I have got to pick a team that I think is going to win, and I make no apologies for that,” Fittler said during the week.

Will the Blues make amends? Can the Maroons back up? How will I fare pumped to the gills with antihistamines following a freak hayfever attack? Stay tuned for the next few hours and find out.

Along the way, feel free to get in touch either by email or Twitter @JPHowcroft. 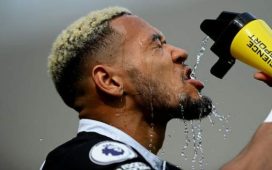 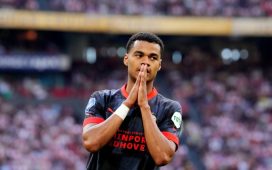 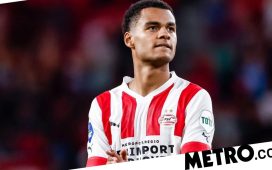 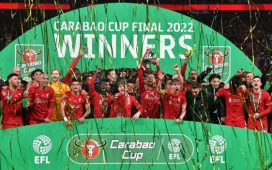 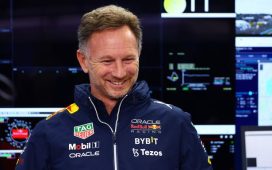