David Benioff and D.B. Weiss’ exit from a lucrative Star Wars deal left fans of both the galaxy far, far away and Game of Thrones in shock last week. Whether you liked their writing style or not, most people expected Benioff and Weiss’ latest collaboration to be the start of a whole new trilogy of Star Wars movies, which would have kicked off in 2022. Now, with their sudden departure, the future of the franchise on the big screen is once again in question.

We’ve learned a few more details about why Weiss and Benioff decided to step away from Star Wars — it comes down to their commitment with Netflix and the fandom, it seems — and now we know a bit more about what the duo was planning for their trilogy as well as how their ideas might have led to creative differences with Lucasfilm.

Variety reports that Weiss and Benioff were interested in telling the origin story of the Jedi, a vital piece of lore that would undoubtedly shape Star Wars stories and perhaps even our understanding of the Skywalker Saga for years to come. While recent movies like Rogue One and The Last Jedi have touched on the history of the ancient Jedi Order, Disney has yet to tell the complete story of how these Force users came to be.

The Game of Thrones creators wanted to make a deep prequel then — so long before even The Phantom Menace as to be virtually standalone and not confined to the storytelling of the Skywalker Saga. But according to Variety, Weiss, Benioff, and Lucasfilm weren’t exactly in agreement about how that story should be told, as both parties “began to see their visions for the films diverge during meetings last summer.”

It’s unclear just how rocky these meetings were, but it does seem that Weiss and Benioff’s idea for a Jedi origin story didn’t quite line up with what Lucasfilm had in mind. Will Lucasfilm find someone else to tell this specific story? Variety says that the studio has already taken meetings with other creatives regarding possible directions for the next big-screen Star Wars project. Perhaps the rumoured Knights of the Old Republic movie could take that 2022 release date?

For Star Wars lore junkies who don’t mind putting “canon” aside for a minute, the story of how the Jedi were formed has already been told as a Dark Horse comic. The 2001: A Space Odyssey-inspired Dawn of the Jedi by John Ostrander and Jan Duursema explores how the light side and dark side of the Force came to be and introduces fans to the predecessors of the Jedi and the Sith. It’s a bit of a bonkers story that likely won’t be adopted by Disney as the official origin of the Jedi any time soon. It would be cool to see Tho Yor on the big screen, though…

Up next on the big screen is Star Wars: The Rise of Skywalker, which releases on Dec. 20. More news on what’s next for Star Wars as we learn it. 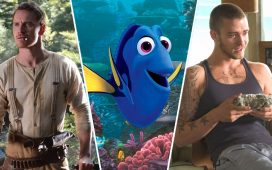 Roped director on how Josh Swickard and Lorynn York fell in love on set: ‘They had immediate chemistry’

Joe Hart: 'All I want is to be a big part of a club … hope burns through me'

Near death experience: Man experiences euphoria in out of body experience