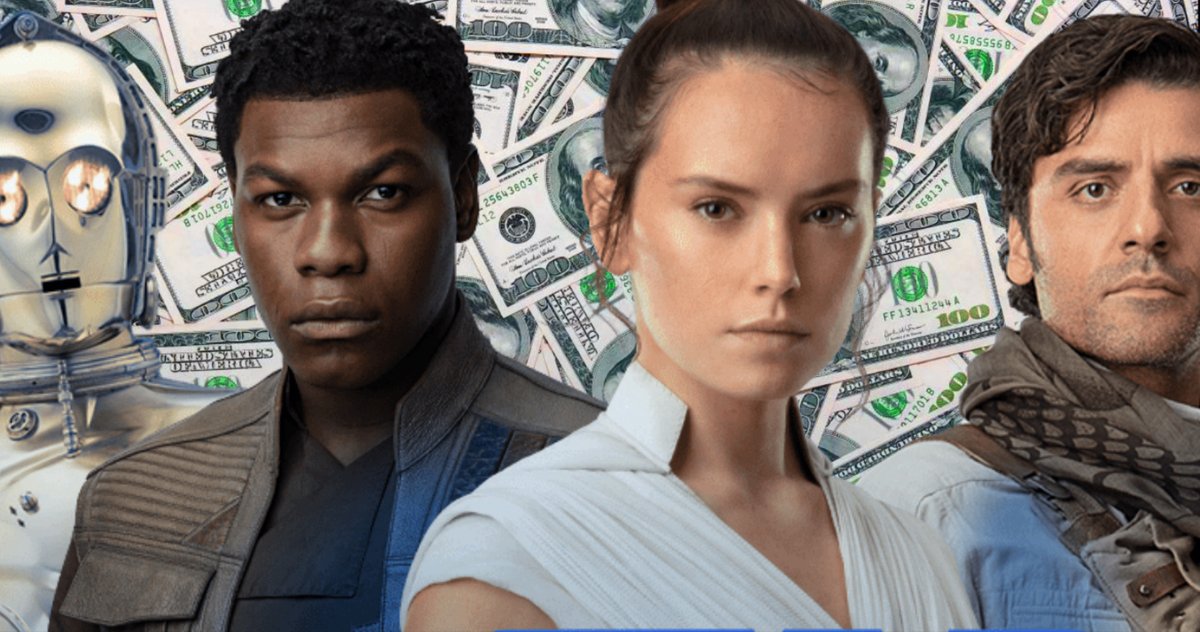 The Rise of Skywalker is continuing to rake in the cash following a very strong debut at the box office last weekend. Disney and Lucasfilm’s latest has the benefit of being the big release this holiday season, with many families heading to the movies during Christmas. It turns out quite a few of those families decided to see how the Skywalker saga wrapped up, as the movie had the second-best Christmas day ever at the box office.

With a take of $32 million on Christmas day, that puts Star Wars: The Rise of Skywalker behind only The Force Awakens ($49.3 million) all-time on the holiday. The Last Jedi brought in $27.4 million on Christmas back in 2017. What’s more, thanks to strong word of mouth, Episode IX is continuing to bring in big box office bucks overseas as well. As of this writing, the movie has grossed $573 million globally, meaning it should push its way past the $600 million mark heading into the weekend. It’s also worth noting that the movie has quite a few markets it hasn’t yet opened in around the world.

With $177.3 million on its opening weekend, there was some question as to how much money the latest entry in a galaxy far, far away would be able to bring in. While that’s a huge number, good enough for the third-best December opening ever, it was behind both The Force Awakens and The Last Jedi. However, as we’re seeing, Star Wars: The Rise of Skywalker is holding over quite well and could have long legs heading into the new year. That is great news for Disney, as it’s only adding to their massive, record-breaking year at the box office.

READ  Charlize Theron on being single: 'I need a man to grow a pair and step up’

RELATED: The Rise of Skywalker Box Office Is Holding Stronger Than The Last Jedi

At this rate, it’s all but assured that director J.J. Abrams’ conclusion to the sequel trilogy will, at the very least, cross the $1 billion mark worldwide. That means every single Star Wars movie released by Disney since they purchased Lucasfilm in 2012, save for Solo, will have amassed a ten-figure sum. While there has been much debate amongst the fanbase and critics between The Last Jedi and The Rise of Skywalker, it’s hard to deny that the numbers are on Disney’s side here.

Disney is taking a break from putting Star Wars on the big screen until December 2022. We’re no longer going to be following the main saga that has been playing out since George Lucas introduced the franchise to us in 1977, but there are plenty of stories to be told. It’s a big galaxy. For now, it’s a complete mystery as to what we’ll see in 2022 and beyond, as David Benioff and D.B. Weiss, the duo behind Game of Thrones, parted ways with Lucasfilm over their planned trilogy. Be that as it may, Disney will surely want to keep the money train rolling. This news was previously reported by Variety.

READ  That Awful Cats Cut Nobody Wanted Gets a Fan Trailer You'll Never Unsee
Share on FacebookShare on TwitterShare on PinterestShare on Reddit
newsgrooveDecember 27, 2019