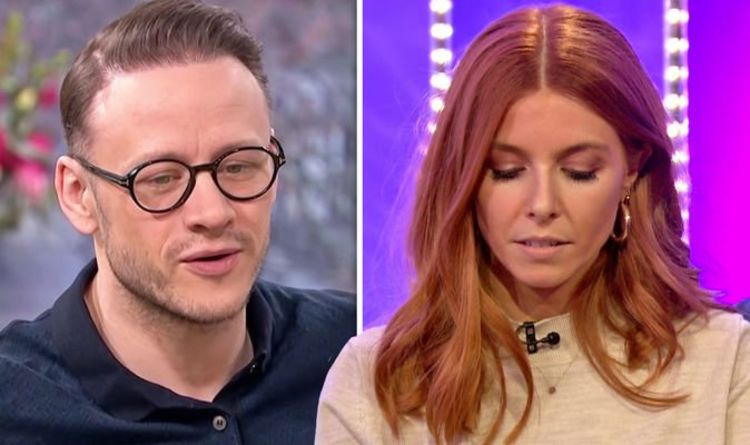 The documentary filmmaker, 33, recently split from her boyfriend Sam Tucknott, 30, after three years together, with the personal trainer telling The Sun he later discovered she had since found romance with dancer Kevin Clifton, 36. Having addressed the reports earlier this week, Stacey Dooley took to Twitter to like a post from Dawn O’Porter yesterday when the writer and presenter told her 2,900 followers: “I’m having a ‘I CAN’T COPE WITH IT ALL’ kind of day… you?” The social media move comes after the Strictly Come Dancing winner’s revelation about Kevin resurfaced. Before the start of the BBC show last year, she said she had her eye on the Grimsby-born star as a partner, admitting she would “have the hump” if they weren’t paired together.

“There’s a couple of lads I quite like,” she told Digital Spy. “I want… I feel awful saying it because if I don’t get him, I’ll have the hump! But I want Kevin.

At the weekend, Stacey’s ex told the Mail on Sunday she had told him she wasn’t “entertaining or texting” Kevin until after their split.

He also said he had confronted the Strictly pro via a video call afterwards.

“He went white,” Sam claimed. “I just stuck it on him, ‘You’re an absolute rat. How you conducted yourself. Just a slippery, slimy snake.

Sam told the publication his first concerns about Stacey and Kevin’s relationship occurred when she received a text from the dancer while the then-couple were in bed together one morning.

“I didn’t want her feeling awkward. She had my full trust and support.”

He recalled feeling “something was up” with the TV star when they spent the Christmas period together.

Saying their relationship had continued to decline until they decided to split, he went on to claim he had seen a text from Kevin light up her phone when they met up one last time.

After he confronted Kevin, Sam said Stacey told him everything about her and Kevin, texting him: “I was not with you when we started it all. I did fall for him but we were done.”

Since then, Stacey has broken her silence on rumours about her split and reported romance with Kevin, telling her 287,000 Twitter followers: “Anyone with any adult life experience knows there are 2 sides to every story.

“I haven’t got the time or energy to correct some of the utter nonsense I’ve read on here.

READ  Wayne Rooney’s son Kai, 9, has us queasy as he springs into action during family holiday in Barbados

“Re Sam, I loved him v much and only wish him happiness and success going forward,”(sic) she added.

Her comments came after Sam told the publication: “I am so respectful of her, but I am gutted and I am disappointed and I feel so let down that she did not have the respect for me to tell me and just come clean.”

Express.co.uk has contacted a representative for Kevin Clifton asking for comment.