NewsGroove Uk
NewsGroove Uk > Politics > Spying centre GCHQ ran more than 150 secret sites across the UK in its 100 years of existence, it has been revealed
Politics

Spying centre GCHQ ran more than 150 secret sites across the UK in its 100 years of existence, it has been revealed 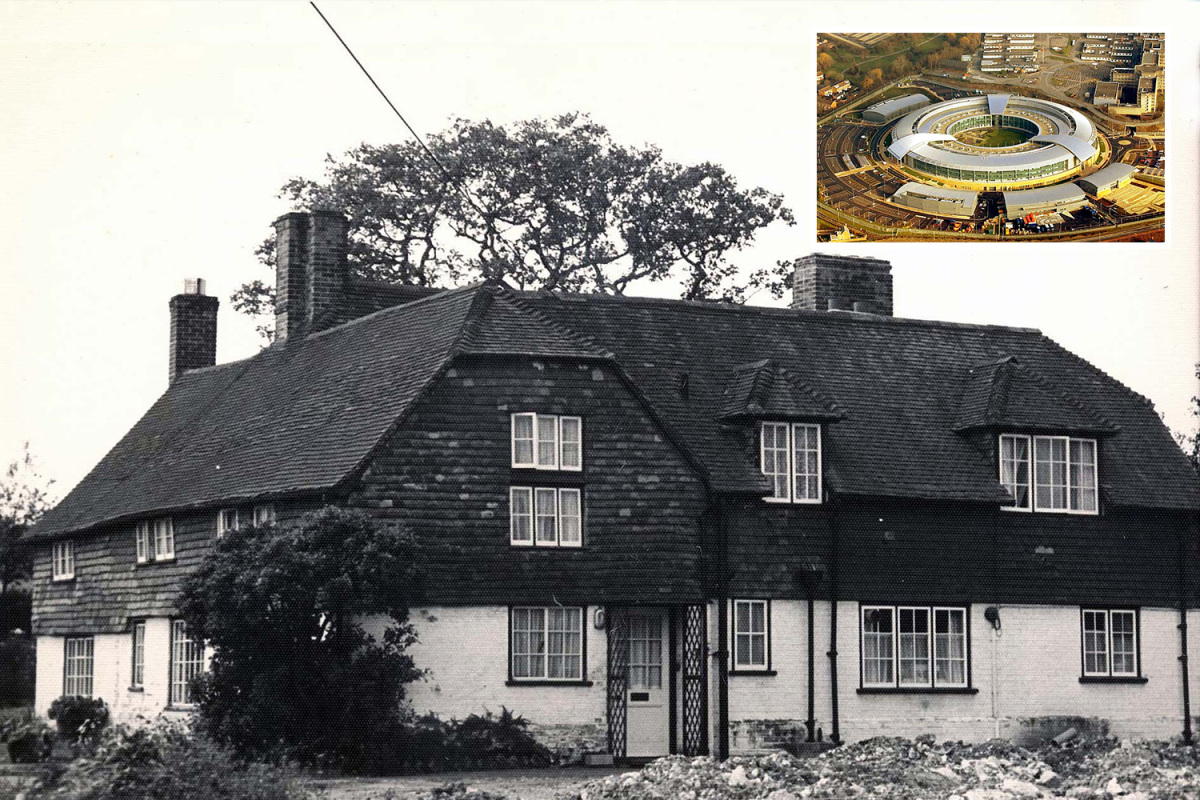 DOTTED all around Britain, the secret farms, town houses and huts revealed little on the outside that would tell them apart from thousands of others like them.

But inside, eavesdropping spies were locked in a desperate fight to defeat the Nazis, win the Cold War and halt deadly terrorist attacks.

For the first time, it can be revealed that GCHQ ran more than 150 different clandestine sites across the UK throughout its 100 years of existence.

Top secret until now, the Cheltenham-based intelligence agency is declassifying five of their former stations to mark its official centenary.

They range from Ivy Farm, an isolated farmhouse in Kent, to 10 Chesterfield Street, a nondescript red brick Mayfair town house, a manor on top of the White Cliffs of Dover, and the Croft Spa

listening huts on the Scarborough coast.

It soon mushroomed into a giant network of listening centres and analysis hubs as politicians and generals latched on to how useful signals interception across the world could be.

GCHQ’s historian Tony Comer, a former intelligence officer himself for 36 years, told The Sun: “The story that is usually told is about Bletchley Park and the fantastic work done there.

“But the men and women there were at the centre of a large communications structure that they depended on for their work”.

Mr Comer added: “We reflect the society that we serve, we’re ordinary people doing a difficult job. What we do has to be secret by the nature of it.

“But it’s great to be able to lift the veil on occasion, and show we’re just ordinary people, living in the same places everyone else does, and have played a key part in keeping the country safe over the last 100 years.”

GCHQ also reveal some of the crucial intelligence breakthroughs made in them that saved countless lives.

Two of World War Twos’ most important discoveries took place at Ivy Farm, deep in the Kent countryside not far from the M25.

There, staff cracked what strange ‘noise’ was that had been heard over radiowaves – a highly encrypted teleprinter that Adolf Hitler used to communicate with his field marshals across Europe.

The site was also intercepted a fax for the first time, used by the Luftwaffe to reveal bomber squadron formations to the Japanese military so they could better attack the US Air Force.

Deep in central London’s club land was 10 Chesterfield Street, an anonymous town house that is now home to the Bahamas High Commission.

For years, it was GCHQ’s nerve centre for Cold War operations, where all soviet targets were worked on by 60 staff.

Standing on top of the White Cliffs of Dover was Abbots Cliff House, where 50 female wireless operators intercepted VHF communications from Berlin directing its E-boats in the English Channel.

READ  Why has Labour lost seats?

Today, GCHQ has just four sites that it publicly declares – its doughnut HQ in Cheltenham, listening posts in Bude and Scarborough, and the National Cyber Security Centre in Victoria.

Leading tributes to the silent spies on the service’s 100th birthday, PM Boris Johnson said: “GCHQ has been home to some of the brightest people in the country who quietly, and without fanfare, work day and night to keep us safe

“The Centenary provides an opportunity to recognise their enormous contribution to the security of the UK and I thank them for all that they do.” GCHQ’s Director Jeremy Fleming said: “For GCHQ, it has been a century of shortening wars, saving lives and giving the UK a technical edge.

“Our centenary is a chance to celebrate those achievements and to thank those men and women who have given themselves to this work.”