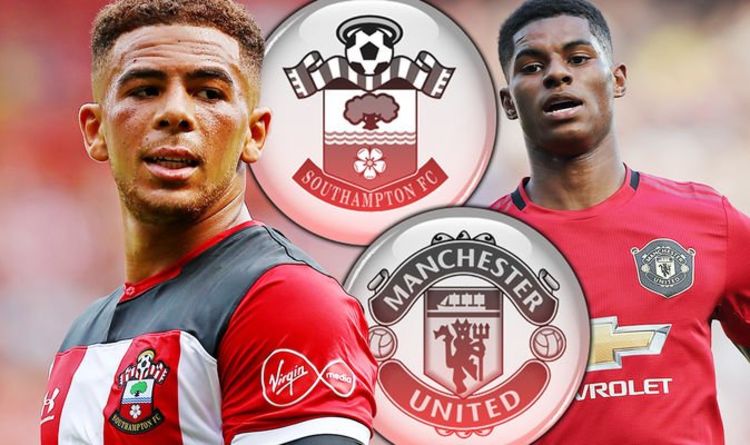 12:00: It’s a bloomin’ busy day of Premier League action. And, unfortunately, that’s because we’ve got the first international break of the season coming up.

I usually just go into hibernation for 12 days.

Anyway, we’ve got eight matches coming up and the fixtures are as follows:

If you’re looking for an accy – I’d plump for Watford, West Ham and Crystal Palace. tasty.

11:50: Southampton boss Ralph Hasenhuttl: “The self-confidence is back and it is a pity we have some injuries from the Carabao Cup. It is a chance for others. We must work in a different way with the likes of Nathan (Redmond) missing. I hope they are not too long out.

“The key is always our work without the ball and organisation against a good team. We will try to be committed today.”

11:45: Ole Gunnar Solskjaer makes three changes from the side defeated by Crystal Palace.

Ashley Young, Juan Mata and Andreas Pereira are all in the starting XI. They replace the injured pair Luke Shaw and Anthony Martial, while Jesse Lingard is on the bench.

Young Mason Greenwood on the bench again – and likely to get some minutes at some point.

11:40: Ralph Hasenhüttl, whose name I still copy and paste, makes two changes to the side that beat Brighton last weekend.

Sofiane Boufal replaces the injured Nathan Redmond while Cedric is preferred to Jan Valery at right-back.

There’s no Ryan Bertrand in the matchday squad. Moussa Djenepo is injured and Hasenhüttl (again, copy and pasted) decides not to risk Michael Obafemi (cramp) given his recent hamstring issues.

Aryan: Ashley Young got dropped and came back as team captain. More resiliency than Rocky Balboa.

Laurie: Ashley Young is starting and captaining Manchester United in his ninth season at the club. How did he even get a new deal?

Ashley Young returning to the side as captain has certainly got people talking. Not too many positives…

Where do we start. Firstly his decision to attend the Champions League draw in Monaco with an un-ironed red shirt and a flat cap was simply wonderful.

Then, he delivered perhaps the greatest acceptance speech in history when being handed the UEFA President’s Award.

For anyone living under a rock, here’s what he said.

11:20: Hello everyone and welcome to our LIVE coverage of the Premier League.

We’re on the south coast today as Manchester United travel to Southampton for the early fixture.

It’s been a difficult week for Ole Gunnar Solskjaer’s side having drawn with Wolves and lost to Crystal Palace – but St Mary’s could prove a perfect tonic.

In all competitions, Manchester United have won more away games at St. Mary’s against Southampton than any other side.

Quite a nice record, but what do annoying, motivational people say? Records are made to be broken. Or is that rules? Who cares – let’s have the team news.

Southampton will be without injured wingers Nathan Redmond and Moussa Djenepo for Saturday’s Premier League clash with Manchester United.

Redmond could be sidelined for up to three weeks after suffering an ankle injury in the midweek Carabao Cup win at Fulham, while summer signing Djenepo sustained a muscle problem in that match.

Striker Michael Obafemi, who scored the winner at Craven Cottage, is doubtful because of cramp. Left-back Ryan Bertrand (ankle) has returned to training and will be assessed.

Manchester United duo Anthony Martial and Luke Shaw have been ruled out of the trip to the south coast.

Martial sustained a thigh complaint in the loss to Crystal Palace, while Shaw pulled up with a hamstring issue that is likely to keep him out for a further four weeks.

Eric Bailly, Diogo Dalot and Timothy Fosu-Mensah are others absent through injury, while Chris Smalling is set to join Roma and Matteo Darmian is also potentially leaving.