The Jonas Brothers rang in the New Year on stage with their wives in Miami, enjoying champagne and kisses as the clock struck midnight.

The group were performing live from the Fontainebleau in Miami on Dick Clark’s New Year’s Rockin’ Eve.

Sophie Turner, Priyanka Chopra and Danielle Jonas were all out in force to support their husbands after earlier joining their men for celebratory dinner. 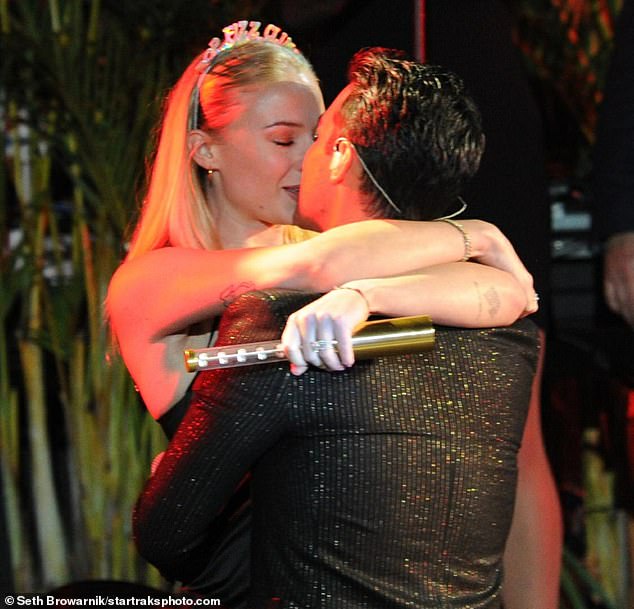 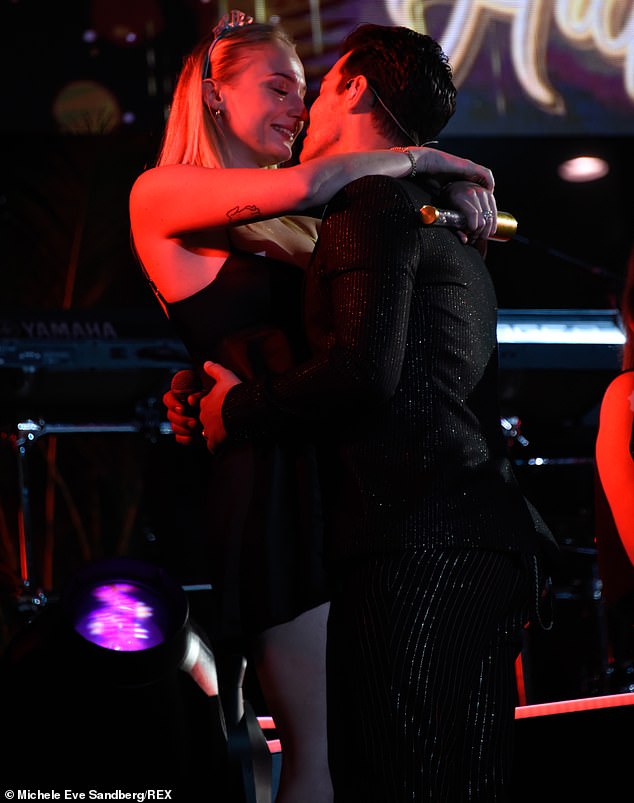 Former Game of Thrones star Sophie, 23, leaned in for a passionate kiss with her husband Joe, 30, while dressed in a little black dress.

She wore her hair tucked back behind her ears and held in place with a headband that read: ‘Pop Fizz Clink’.

Former Quantico actress Priyanka, 37, shared a smooch with her husband Nick, 27, on stage too. 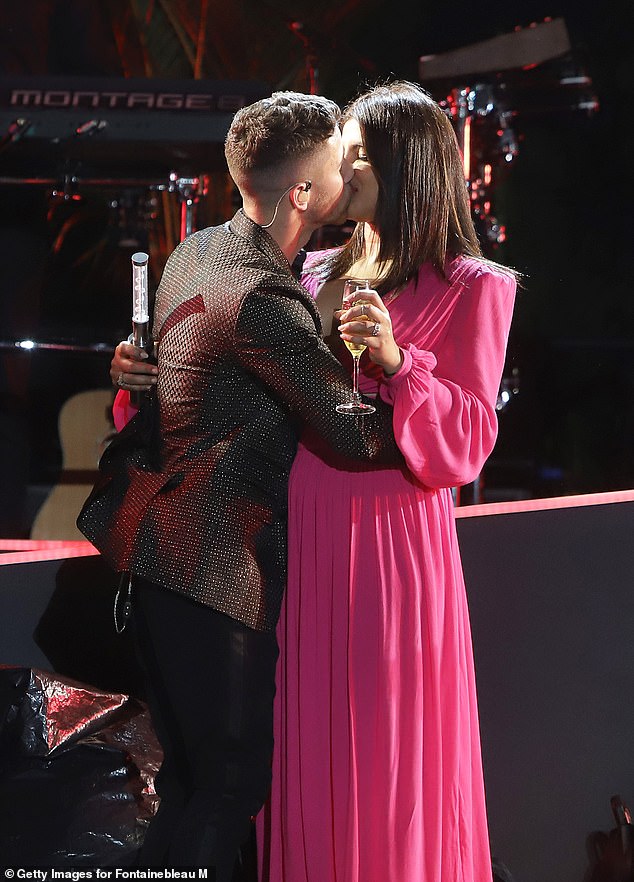 Cheers to us: Priyanka Chopra planted a kiss on her husband Nick Jonas 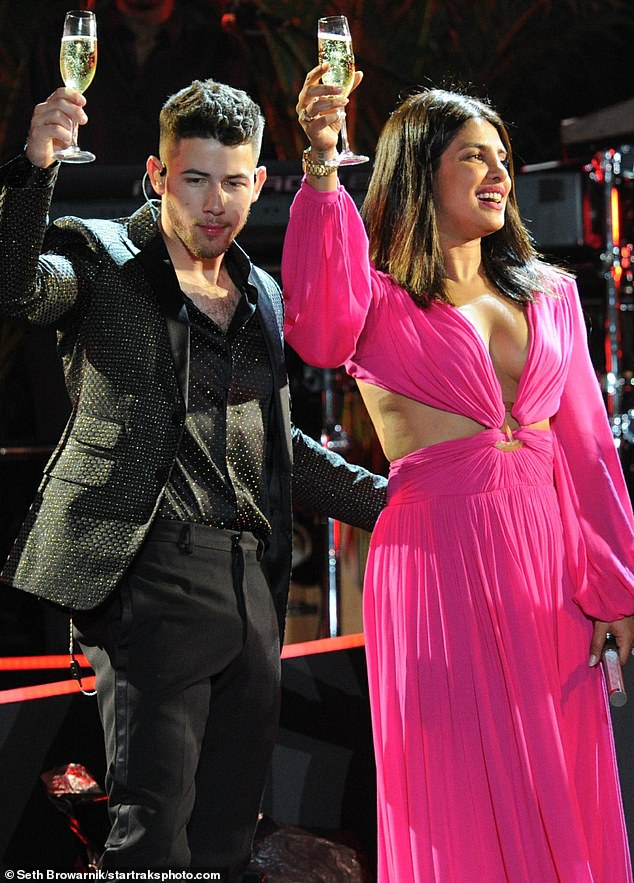 Toast: The couple raised a glass to 2020 while on stage 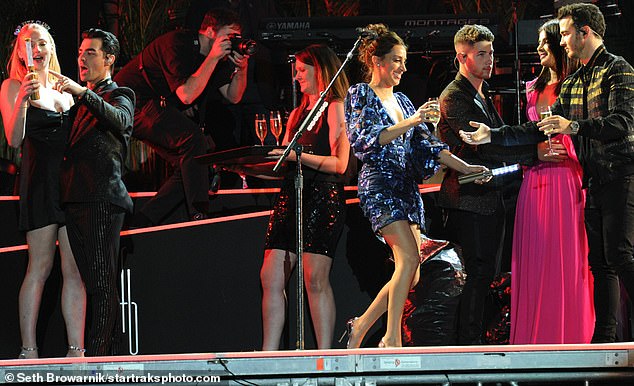 She was dressed in a hot pink flowing dress that featured cutouts around the midriff.

Kevin Jonas, 32, and his wife Danielle, 33, were also in the mood for fun, with the mother-of-two looking stylish too in a blue party frock.

The band and their wives had earlier arrived in Miami via private jet.

It’s been quite a year for the Jonas Brothers who announced their reunion, had a strong of hits and a successful tour.

They made their first television performance in a decade at the Billboard Music Awards in May and released their album Happiness Begins as well as an Amazon documentary Chasing Happiness in June.

In November, they celebrated getting a Grammy nomination for their comeback hit Sucker which earned a nod in the best pop/duo group performance category.

Their performance on New Year’s Eve wraps up their four-month Happiness begins tour that kicked off at the Fontainebleau in August.

Phoebe Waller-Bridge on Fleabag and feminism