Social distancing and lockdowns have helped cut the rate of novel coronavirus transmission by half in most US counties, a new study suggests.

Researchers from Johns Hopkins University looked at the rate of transmission is more than 1,400 countries across the country both over a two-month period.

They found that about 82 percent have been able to reduce transmission rates to below R1, meaning infected people spread the disease to less than one other person.

Additionally, they found that urban counties responded better to local orders while rural and suburban counties had better responses when orders came from the federal government. 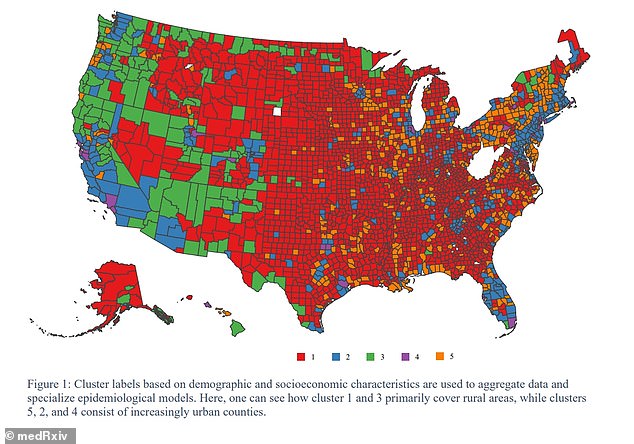 A new study found that 82% of 1,400 US counties have been able to reduce coronavirus transmission rates to below R1, meaning less that one person is infected from a sick patient 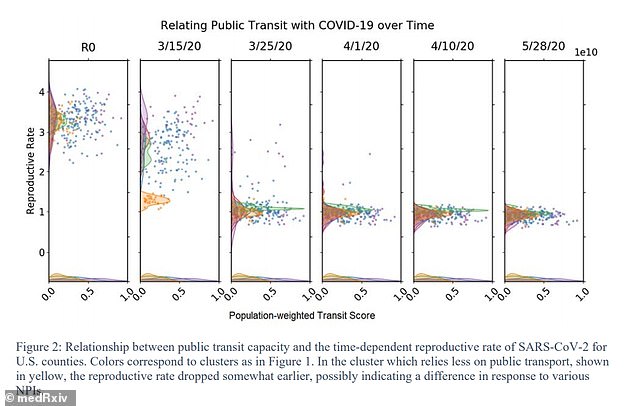 The R0 (R-naught value) is a mathematical term that indicates how contagious an infectious disease is.

The numbers that follows ‘R’ tells you the average number of people who will contract the disease from an infected person.

For the study, published on pre-print site medRxiv.org, the team differentiate among groups of counties using an approach known as clustering.

Each cluster, from 1 to 5, was grouped together by have similar demographic and socioeconomic attributes.

Cluster 1 was made up of low-income and mainly rural counties while Clusters 2, such as Orlando, had populations of about 45,000 and higher incomes.

Cluster 3, like Hawaii’s Big Island, had similar populations to Cluster 2 but with lower incomes and more land area.

Meanwhile Cluster 5 had the highest mean population but poor public transit and lower household income, such as Jackson, Mississippi. 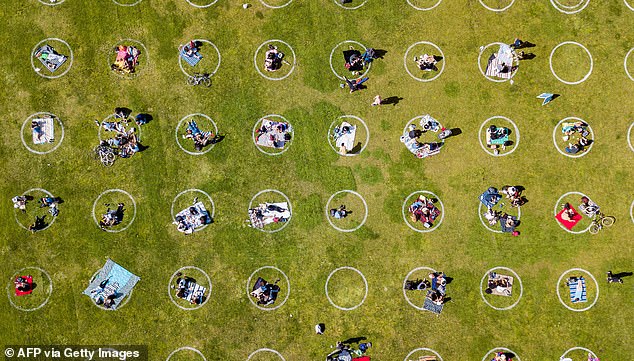 Once clusters were identified, the team deduced the reproductive rate of the virus, known as SARS-CoV-2, from March 15 TO May 28.

All cluster started out with a similar reproduction rate of SARS-CoV-2, but the speed at which they reduced the rate differed.

Denser urban counties, seen in purple, which had higher reliance on public transit, like New York City and Chicago, decreased slowly over the entire study period.

The researchers note this is particularly see between March 15 and March 25.

By comparison, areas with little transportation use, such as those seen in orange, were able to quickly reduce transmission rates due to being more spread out.

Researchers found that most counties exhibited had an initial reproductive rate of R3 or above when the pandemic first hit.

Additionally, the model found that there was different behavior across counties. 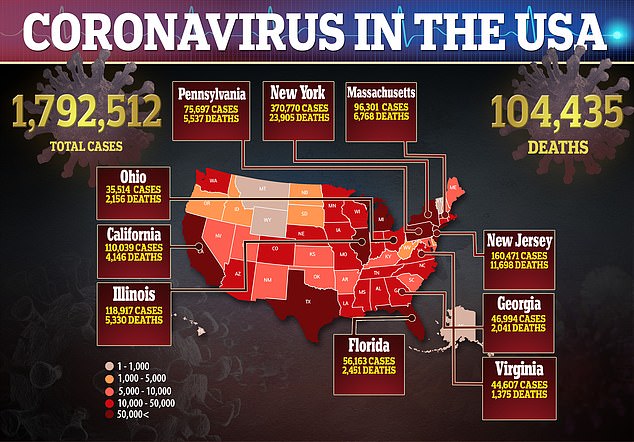 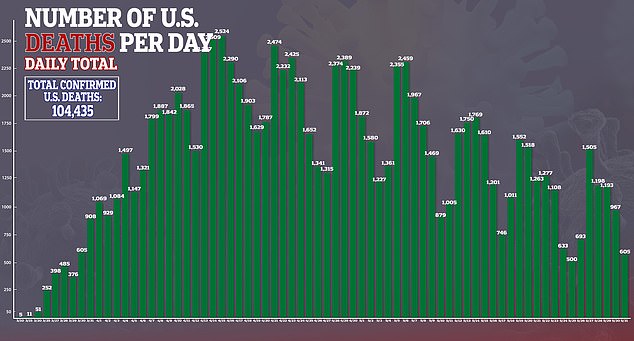 For example, metropolitan counties (in purple) had a strong response to local stay-at-home orders while rural and suburban areas (red, green, blue and orange) had a stronger response to more national interventions.

These less restrictive national interventions include promoting social distancing, encouraging testing and recommending the use of masks.

The team, also found that among all counties, the level of infection ranged from 0 to 28.7 percent.

‘Our results suggest that strategies for shutdown as well as re-opening require careful consideration of county characteristics in addition to state and national trends,’ the authors wrote. 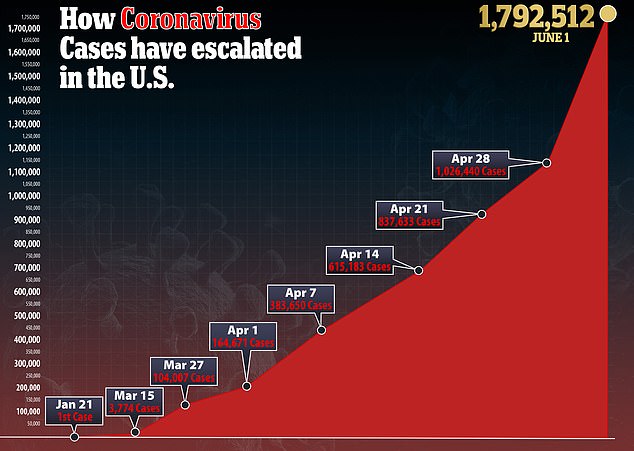 Asthma patients able to access medicine without trip to hospital

How many children at risk? UK health visitors count the cost of lockdown