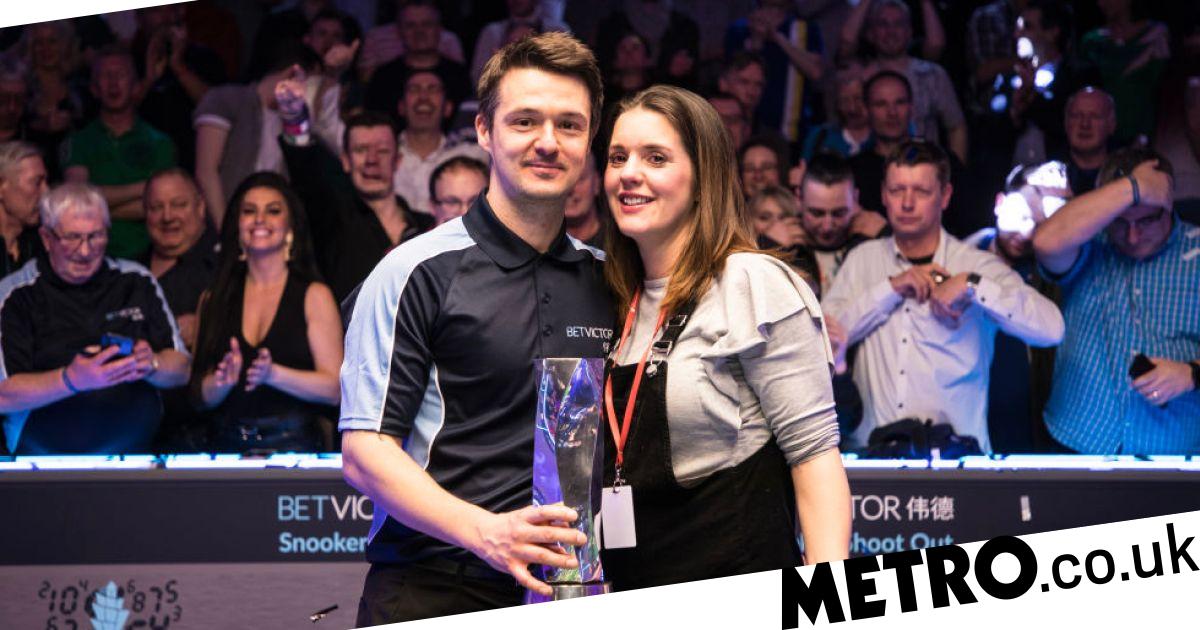 Michael Holt won a ranking title for the first time in his 24-year professional career on Sunday night and Jimmy White it could lead to more success in the years to come.

The Hitman beat Zhou Yuelong in the final of the Shoot Out in Watford, ending his long wait for a ranking crown, dating all the way back to 1996.

The 41-year-old has jumped to number 26 in the world thanks to the £50,000 he claimed at the Watford Colosseum and has the chance to earn much more after qualifying for this week’s Players Championship thanks to the Shoot Out win.

He may be classed as a veteran, but White does not necessarily see this as a one-off win for the Hitman, pointing out that Barry Hawkins won the Shoot Out as something of a journeyman back in 2012 and has gone on to add three ranking titles to his name, and be established in the top 16 for the last seven years.

‘Barry Hawkins became such an established player [after winning the Shoot Out], White told Eurosport.

‘Barry Hearn’s put so many tournaments on, these guys who keep plugging away, he might all of a sudden become an accomplished player.

‘We all know how his talent and his temperament. This format would be the worst event for someone with a weak temperament so maybe it’ll help kick start his career.’

After becoming the first player to ever reach back-to-back finals at the Shoot Out, Holt feels like the fast-paced nature of the one-frame event suits his game as it eradicates thinking time.

He has been trying to incorporate that style of play into longer format contests and after the weekend’s success he will be employing that strategy all the more firmly.

‘I love the game, love playing, I’m blessed to do what I do. I feel like my best snooker can be on front of me because I’ve got the will to want to get better.’

Holt plays world champion and world number one Judd Trump in the Players Championship on Tuesday in Southport with the chance to cause a huge upset and climb the world rankings till further.

£125,000 is on the line for the winner in Southport on Sunday, while just winning one match will stick another £15,000 on Holt’s world rankings in what has been a fantastic season for the Nottingham man.

Trump stands in his way in the first round, though, and their last three matches have an aggregate score of 15-2 in favour of the world champion, so Holt will need his new quickfire tactics to have a dramatic impact.