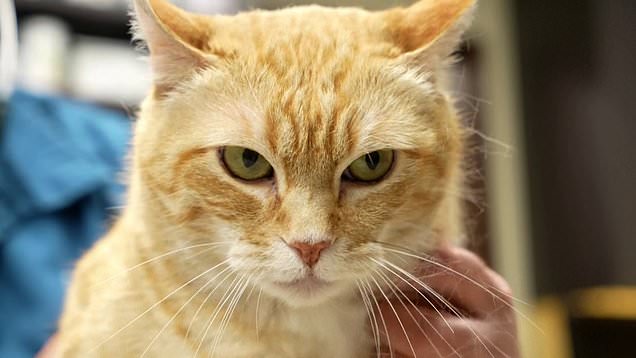 Cat owners who love to take pictures of their furry friends now have a new excuse to pull out their smartphones and take a snapshot: it may actually help the cat.

An animal health technology company from Calgary called Sylvester.ai has developed an app called Tably that uses a phone camera to tell whether a feline is feeling pain.

The app looks at ear and head position, eye-narrowing, muzzle tension, and how whiskers change, to detect distress.

A 2019 study published in peer-reviewed journal Scientific Reports found that the so-called ‘feline grimace scale,’ or FGS, is a valid and reliable tool for acute pain assessment in cats.

‘It helps human cat owners know if their cat is in pain or not,’ said Miche Priest, Sylvester.ai’s venture lead.

‘We were able to train a machine using machine learning and a series of images.’

The app could help young veterinarians, said Dr. Liz Ruelle of the Wild Rose Cat Clinic in Calgary, where developers trained the algorithm.

‘I love working with cats, have always grown up with cats,’ she said. ‘For other colleagues, new grads, who maybe have not had quite so much experience, it can be very daunting to know – is your patient painful?’

An app that learns patterns from images of cat faces can be helpful but cat owners should also look at their pet’s whole body, including the tail, for clues about their well-being, said Alice Potter from British animal charity the RSPCA.

‘Cats that are worried or scared will hold that tail really tight and tense to them. And then aside from that, there’s also just thinking about their behavior in terms of are they eating, drinking, toileting, sleeping like they usually do?’


MORE : Your pets can get hay fever too, here’s how to spot and treat it 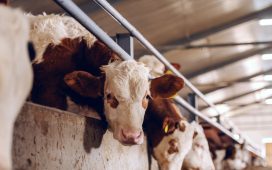 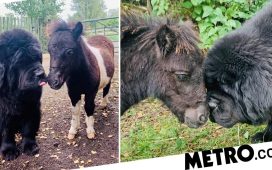 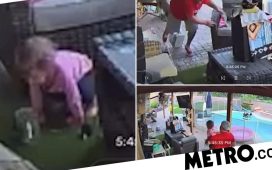 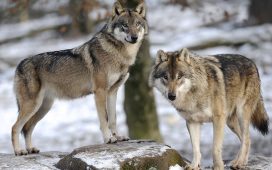