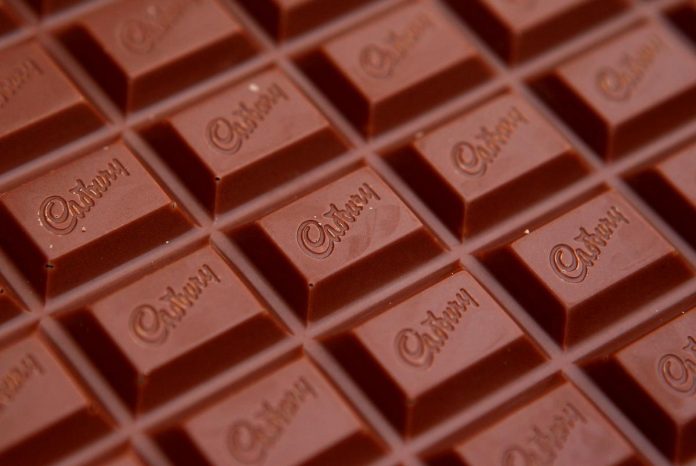 BERLIN (Reuters) – Snack maker Mondelez (MDLZ.O) will offer more treats in smaller portions and with less sugar, as the company behind Oreo cookies and Cadbury chocolate responds to consumer demands for healthier products, underlined by a survey released on Monday.

FILE PHOTO: The Cadbury name is seen on a bar of Dairy Milk chocolate in this photo Illustration taken in Manchester, northern England, on January 19, 2010. REUTERS/Phil Noble/

Under pressure from governments and health advocacy groups in recent years, chocolate companies including Mondelez and Nestle (NESN.S) have raced to develop products with less sugar, in smaller pack sizes and with prominent portion suggestions.

But sugar content in many products is still relatively high against the World Health Organization’s (WHO) suggestion that people should only consume 50 grams of total sugars each day.

The online survey of 6,068 adults in 12 countries by the Harris Poll for Mondelez showed that 80% of consumers were looking for healthy, balanced snacks, although the same percentage was also still keen on indulgence.

“We know consumers want options which is why we offer a range of products that taste great from wholesome to indulgent,” Chris McGrath, vice president and chief of global impact, sustainability and wellbeing, told Reuters.

In July, Mondelez launched a version of its popular Cadbury Dairy Milk with 30% less sugar in Britain, which McGrath said was selling well and was being extended into India.

The bar still has about 39 grams of sugar per 100g, with six squares accounting for nearly 16% of the WHO daily recommendation.

Mondelez lifted its 2019 sales forecast last month after reporting a 1.1% rise in third-quarter revenue, driven by higher demand in emerging markets where it has been investing heavily.

It sells a thin version of its Oreo cookies with a third less sugar and a thinner, crispier version of Ritz crackers, which it markets as a healthier option to potato chips.

The Mondelez survey showed 6 in 10 people prefer to eat many small meals rather than a few large ones, with the trend toward snacking even stronger among younger consumers.

“We know consumers are on the go more and more and snacking delivers on the convenience they seek,” McGrath said.

Mondelez has pledged to put 20% of its products in portion-controlled packs of 200 calories or less by 2025, from more than 15% now, and has also been encouraging customers to snack in a more “mindful” way, savoring each mouthful.

To that end, it has given advice to nutritionists and health care professionals on promoting “mindful eating”, such as putting a portion in a bowl, not eating while also looking at a screen, and eating with your non-dominant hand.