Sløtface to live stream gig on Facebook tonight while self-isolating

Sløtface are set to live stream a gig on Facebook tonight (March 29).

The Norwegian trio become the latest band to announce a virtual gig while self-isolating during the ongoing coronavirus pandemic.

“Hi guys! We hope you’re doing well during these strange times,” the band write, announcing the new gig, which will see them play on Facebook tonight (March 29) at 7pm BST.

“We would have been two weeks into our EU tour by now but we’re home like everyone else. SO we are playing a show for you… We hope you will stop by.”

Get full details of the show here.

Hi guys! We hope you’re doing well during these strange times. we would have been two weeks into our EU tour by now but…

Sløtface become the latest of a host of bands to head online to play a gig for fans as the world continues to self-isolate in their homes.

Across the last fortnight, Diplo has been dropping live DJ sets across the internet, Christine & The Queens has held a nightly live session from her studio in France, while digital festivals have been set up in the form of DIY punk all-nighter Quarantunes and Self Esteem’s all-femme PXSSY PANDEMIQUE, which is taking place this weekend.

Sløtface released their second album ‘Sorry For The Late Reply’ this January. A four-star NME review of the album described it as “middle-finger-raising bangers to soundtrack the end of the world”.

The band were supposed to be on a UK and European tour in support of the album at the moment – rescheduled dates are yet to be announced.

READ  Elvis Presley: 'Who's this son of a b****?' Star's surprising response to Elton John

Elvis Presley children: Does Elvis have children with anyone but Priscilla?

Dave Grohl praises Fiona Apple for getting him through lockdown

Sloppy Schemer: Can Nelson Get Past His Epic Challenge Blunder? 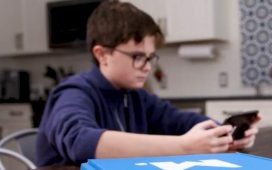