Six Conservation Photographers Share What the Environment Means to Them 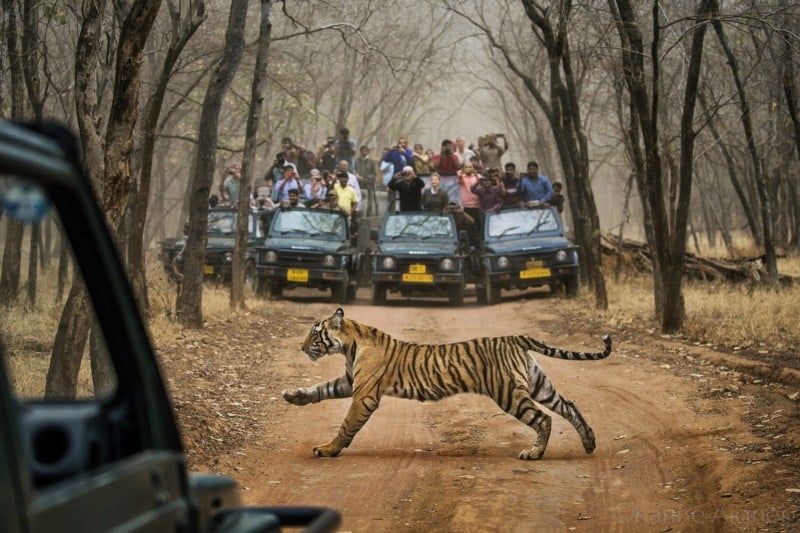 Celebrating Earth Day – and its 50th anniversary – against the backdrop of COVID-19 is something we’ll likely remember for quite some time.

Earth Day was established in the 1970s during the infancy of the modern environmental movement, and since then there’s no doubt that we’ve made great strides in our understanding of the needs of our planet. (Though, sadly far fewer strides when it comes to our long term progress on many of the movement’s most important issues.)

Eco-activism continues to become more mainstream, which surely is a positive step. Regardless of whether you’re making the transition to metal straws, demanding your elected officials take on the powerful fossil fuel industry, donating to organizations like the Environmental Defense Fund, dabbling in vegetarian or veganism, or just remembering to bring your own bags when you grocery shop, we admire and encourage your efforts.

But what will our planet and the movement look like in the next 10, 20 and 50 years? Without question, our future will be affected by the way in which we tell these stories photographically.

Photographers have a key role to play in this storytelling, regardless of whether the images center around raising awareness for threatened wildlife due to deforestation, documenting urban sprawl or covering climate change in some of the world’s most remote locations.

Today, we’re celebrating by sharing what six incredible photographers and members of the International League of Conservation Photographers (iLCP) have to say about the importance of conservation photography on this pivotal Earth Day anniversary.

The deeper knowledge you have of the natural world, how it works, and what it is supposed to look like from place to place, the clearer it becomes what a mess everything is. It is one of the great paradoxes of becoming acquainted more intimately with nature: you realize this thing that brings you great joy and fascination is deeply suffering.

I can’t ever go back to joyfully chasing butterflies through a meadow and thinking the world is perfect; I see that the things I love are under massive assault from all directions and it is deeply distressing to me. Sometimes I wish I could stick my head in the sand and just enjoy what there is, but it is only natural to me that my focus changed over the years from simply enjoying nature to documenting environmental issues and wildlife through photography and film to speak up for what I love—to open other people’s eyes to what is happening all around us. 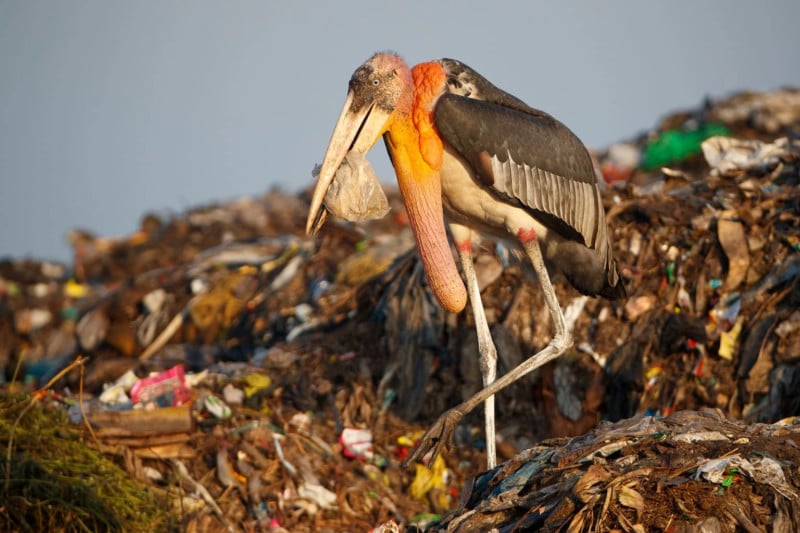 My subject matter is often comprised of insects and other species that are often being lost before people have even had an opportunity to know that they exist. These animals are incredibly important to our world, and yet, if no one is aware of them, how can we ever expect to conserve them?

It is my hope that my photos make the world a little more beautiful and wilder for viewers. I believe that if someone can see the beauty of a bee or a spider in my images, the next time that they are in their own backyard, or traveling, they’ll pay a little closer attention to the world around them. Ultimately, it is my hope that this awareness will lead to efforts to take better care of the natural world. 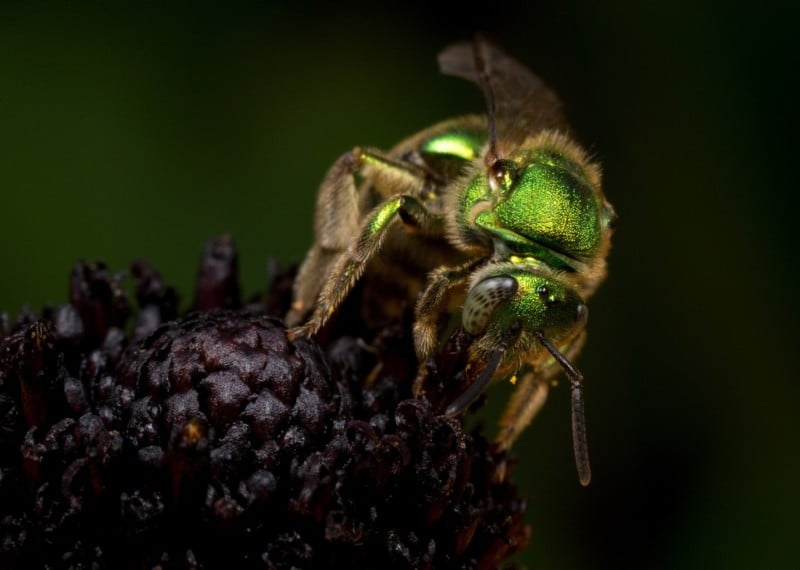 Metallic green sweat bees are gorgeous little insects about the size of a grain of rice. Various species are found throughout North America, where they can be found visiting flowers from mid to late summer.
I photographed this particular bee on a humid summer afternoon in South Carolina as it visited a wildflower called black-eyed susan. I often use this species as the poster child of under appreciated insects in our garden. Photo by Clay Bolt.

There are precious few people in the world who have a deep understanding or passion for wildlife, wildness and wilderness. As populations grow, pressures on wildlife increase, leaving the few with more and more urgent work. Messaging is key, a mindset change is paramount.

Imagery, instantaneously, will transcend boundaries of gender, age, culture and language, far greater than possible with the written word. Powerful images send those messages deeper into societies. It is time to unite as warriors for the causes of natural degradation. If we each work locally, as much as globally we are far enough flung on the world stage to make a holistic difference. Earth Day is the perfect stage on which to unite. 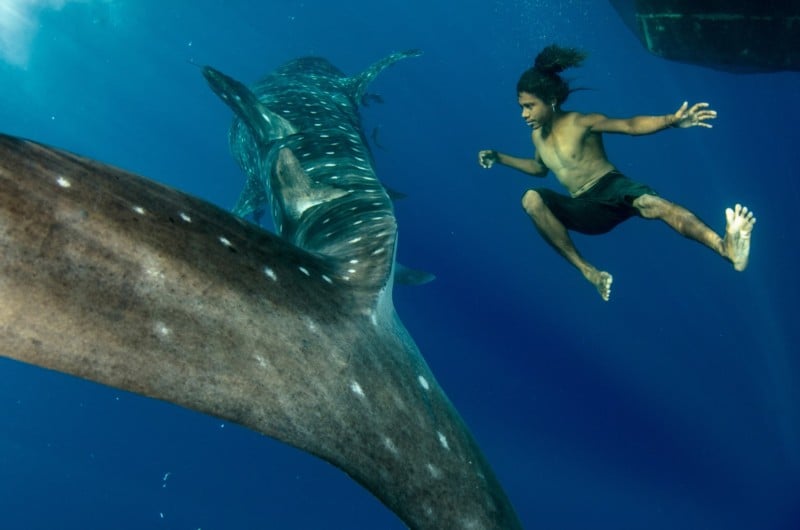 A local fisherman enjoys swimming with a whale shark as it circles his fishing platform looking for tidbits, Cenderwasih Bay, West Papua, Indonesia. The locals actually revere the whale sharks believing them to be the harbingers of good luck. For many years they have been offering them small quantities of fish. Tourism is just beginning to realize the incredible whale shark experience here and is willing to pay the local fishermen for their help.
In Indonesia, the world’s largest shark-finning nation, this is a good outcome for the sharks. Photo by Pete Oxford.

I think it is critically important that people see and appreciate what we are at risk of losing and to witness the full impact of the kind of devastation and resulting impacts that threaten our planet. Photography has a unique ability to cut through the mind numbing statistics and endless arguments and communicate in a way which allows the viewer to truly experience the issues in a non-polarizing way in order to come to their own personal understanding and truth. 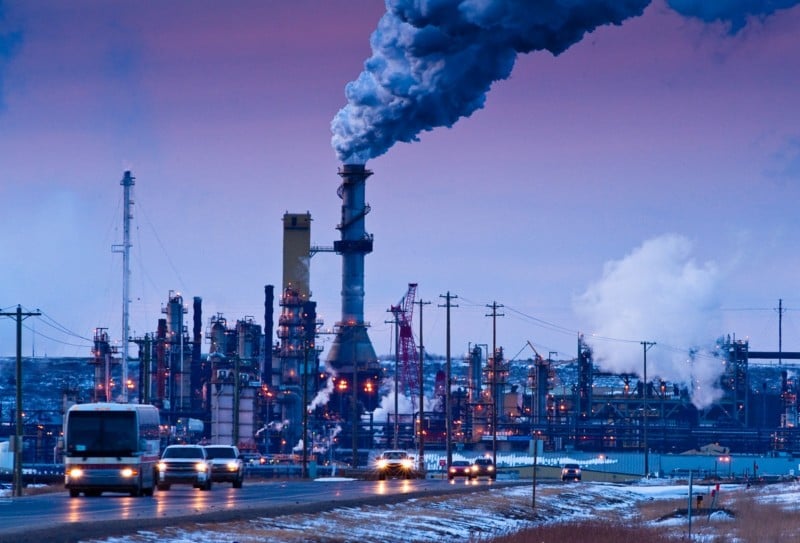 Alberta Tar Sands, Northern Alberta. Highway 63, dubbed the Highway to Hell by locals, cuts through the world’s biggest energy project and possibly the most environmentally damaging mega-project the Earth has ever seen. In the far north of Alberta, the frigid weather of an evening in March accentuated the greenhouse gasses and toxic pollutants spewing from this upgrader against the constant traffic of the tens of thousands of migrant workers and the magenta hue of the late evening light.
I set up my tripod and used a 300mm lens with a 1.4 extender to compress the scene. As I shot many frames as the sun sank and the temperature plunged I was (predictably) visited by one of the oil companies’ security teams and told I was not allowed to photograph. As I was on public land and beyond the border of their operations I informed them that I was beyond the line where their rules applied if I was breaking any Canadian laws they were welcome to report me to the police. Photo by Garth Lenz.

These are all massive idea concepts that are too big for most to connect with in a personal way, which makes it very easy for them to ignore. Much of the population is disconnected from nature—most can’t identify a blue jay in their backyard. My experience with animals is, that when people have a ‘moment’ with a species or a landscape–an experience–they begin to care about it; they want to know more, they want to learn. It comes down to what we know; it’s simple: we will not fight to save something that we know nothing about, that we have no connection to.

For me, telling stories about species, or individual beings, is a way to get people to understand the bigger picture. If I can engage an audience to be interested in, for example, a harpy eagle, because I show its beauty, its natural history, its offspring; I use my personal stories of wonder, and share my unique experiences with the species—if I can engage someone personally, I can hook them, and then feed them more information, which helps the person makes larger connections to big things like deforestation, to conservation, to climate change.

Then, it’s broken down a bit for them, and those concepts become more personal, and as a result, individuals are able to better understand how they play a role in those concepts. But, first, the audience first needs a connection. For me, the images are the bridge to the connection. 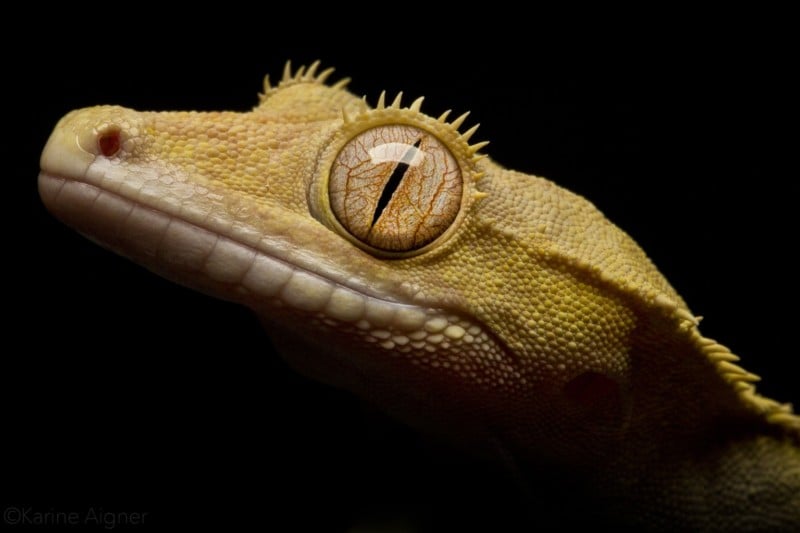 I’ve always loved the small critters, the ones we never get to see. This is a crested gecko or eyelash gecko (Correlophus ciliatus) — it is a species of gecko native to southern New Caledonia—and unfortunately as one of the largest gecko species in the world, a coveted pet trade commodity. This species was thought extinct until it was rediscovered in 1994 during an expedition led by Robert Seipp.
This gecko belongs to an acquaintance, so I offered to photograph it. I’m always so impressed at how these creatures have evolved, and how they are better designed than anything humans could ever put together. Nature is incredible if we just pay attention. Every detail on this creature has a function. Photo by Karine Aigner.

The world is becoming smaller and a myriad of photographers travel regularly to remote locations, bringing back nature and wildlife images and flooding the Internet with them. It can be a bit overwhelming, and our brains are becoming numb. It gets to a point that sharing these images feels meaningless.

But again, I think the topics we choose, the way we tell our stories with images, and what we do with those images becomes more important than ever if we are to create awareness in the audience and foster a change in our relationship with the natural world. 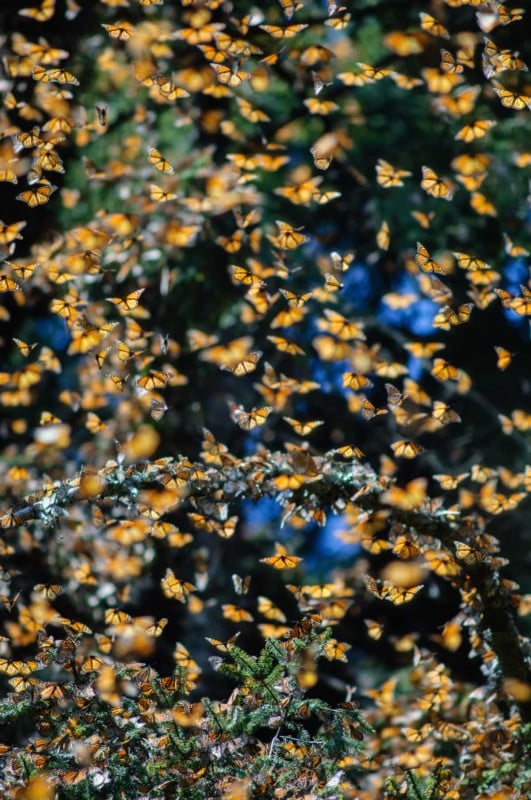 Monarch Butterflies in wintering sanctuaries in Mexico. I have worked with Monarch Butterflies for over a decade now and they are one of the most symbolic species in my career as a photographer, almost like my totem animal. They play an essential role as environmental indicators of the health of the ecosystems across North America and their migration is seriously jeopardized by the way we produce our food and by climate change.
This image means a lot to me because it is the first one that I published as a professional photographer. Photo by Jaime Rojo.

“Our mission is to support environmental and cultural conservation through ethical photography and filmmaking. We are made up of over 100 of the world’s best conservation photographers and filmmakers who harness the power of storytelling to act as a catalyst for conservation.

In 2020, we are celebrating the 15th anniversary of iLCP and it is incredible to look back on how much the organization has grown and what we have accomplished. We are using this anniversary as a way to affirm what storytelling and collaboration can do and to inspire us to move forward, invigorated to tackle new projects and work towards conservation goals,” Brooke McDonough, iLCP’s Development and Communications Manager, tells us.

Now, we want to hear from you. How are you celebrating Earth Day 2020? What power do photographers have in telling environmental stories? Tell us in the comments below.

About the author: Caitlyn Edwards is the Community Marketing Manager at PhotoShelter, which regularly publishes resources for photographers. She has a degree in Peace & Conflict Resolution and is religious about black coffee and great wine (but never together). This article was also published here. 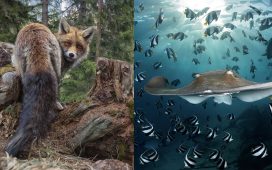 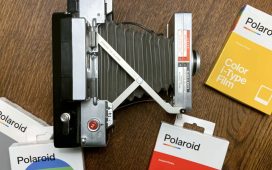 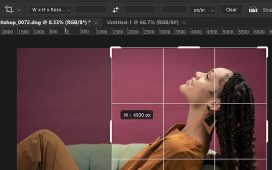 How to Crop in Photoshop 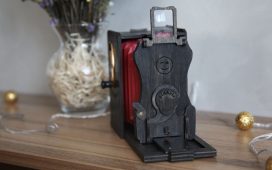 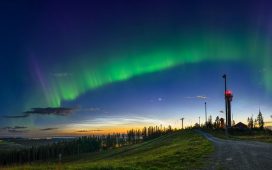 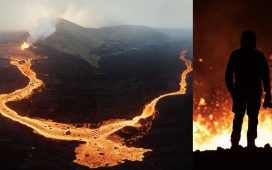 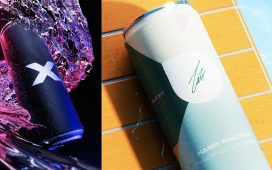