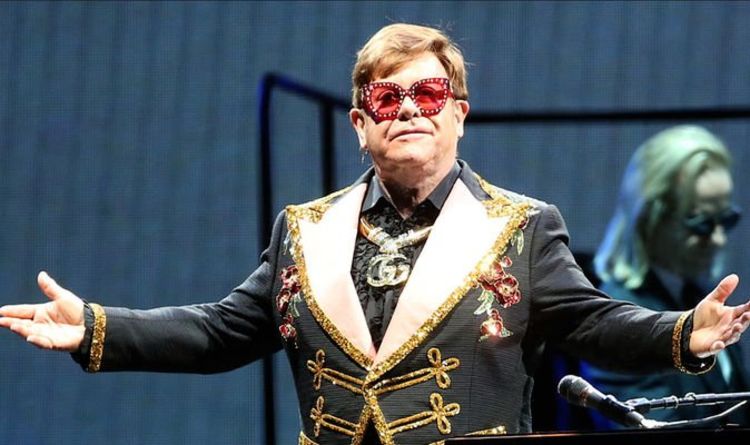 The award was founded by King George V in 1917 and is awarded for major contributions over a long period of time to the arts, science, medicine or government. Sir Elton is joined by historian Sir Keith Thomas in achieving the honour, which has only been bestowed upon 369 individuals. The ‘Rocketman’ singer tweeted: “I’m humbled and honoured to be among such highly esteemed company in receiving the Companion of Honour.

“2019 has turned out to be a truly wonderful year for me and I feel extraordinarily blessed.”

The musician has had a distinguished career lasting five decades, with his studio album, ‘Empty Sky’ being released in 1969.

In that time, he has sold more than 300 million records.

He has also been able to promote the work of 23 charities, including his own AIDS foundation.

Since the foundation of the Elton John AIDS Foundation in 1992 it has raised over £300million.

As reported by The Guardian, only 64 people apart from the monarch can hold the award at any one time.

Other musicians to have been awarded by the honour include opera singer Dame Kiri Te Kanawa, Beatles star Sir Paul McCartney and singer Dame Vera Lynn.

Sir Elton’s tribute single ‘Candle in the Wind 1997’ rewritten in dedication to Princess Diana is the best selling single in US and British history.

Currently, only three artists: Michael Jackson, Elvis Presley and The Beatles are believed to be better-selling than Sir Elton.

His most recent studio album, ‘Wonderful Crazy Night’ was released in 2016 and this year, he wrote 15 of the 19 tracks on the soundtrack to ‘Lion King’ with Sir Tim Rice.

Sir Elton performed one of the tracks, ’Never Too Late’.

He has received five Grammy and Brit awards, an Academy Award, a Golden Globe, a Tony, a Disney Legends awards and the Kennedy Centre Honor.

Sir Elton was inducted into the Rock and Roll Hall of Fame in 1994, his first year of eligibility.

He was knighted in February 1998 and was awarded the French Legion of Honour this year.

The award is Companion of Honour is awarded to citizens from Commonwealth realms, the sovereign nations of which the British monarch is head of state.

Those from outside these states can only become honorary members of the Order.