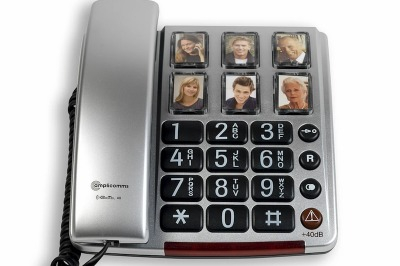 A MUM has shared the nifty way her toddler is able to call for help if she ever falls ill – despite not being able to read.

While kids are getting mobiles at young ages, and most houses don’t have a landline, some children are still not old enough to own their own handset.

And despite playing games on yours, it’s likely toddlers won’t have mastered how to unlock it yet.

Which is why a mum invested in a phone designed for elderly people, or those with sight loss.

She shared a tip on Facebook revealing she’d bought the ‘big button’ phone – as her children were too young to read.

The mum said as she lives alone, she always feared how her kids would raise the alarm if anything happened to her.

But she now has peace of mind after programming the phone numbers of close friends and family into the phone, next to their photo.

The corded handset costs £34.99, with the website saying: “The phone features six photo buttons, which will provide a visual aid for remembering the programming of the buttons.

“This provides a practical option for programming frequently dialled numbers such as family members or carers.”

Now all her kids have to do is lift the receiver and push someone’s photo – and it will start calling them.

She raved about the invention online – and fellow parents agreed with her post racking up more than 1,000 likes.

The phone also received a number of five-star reviews on the website, as it was hailed perfect for little children as well as the elderly.

KHAN YOU BELIEVE IT

And this mum who lost her toddler in a supermarket shares the tip she used for finding him – and EVERY parent needs to know it.

Plus this mum hits back after she’s slammed for buying budget-version of ‘Heelys’ from Asda for her 5-year-old daughter’s birthday.

In other news this woman reveals how to wax your legs with SUGAR while salons are shut, but it’s not for the faint-hearted.

READ  Bored daughter proves she is ready to go back to school by painting her face with purple marker
Share on FacebookShare on TwitterShare on PinterestShare on Reddit
newsgrooveFebruary 12, 2021 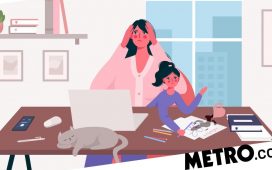 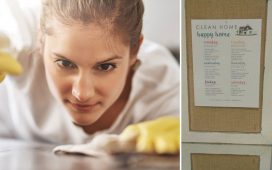 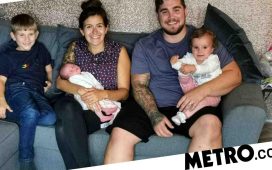 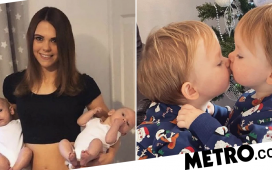