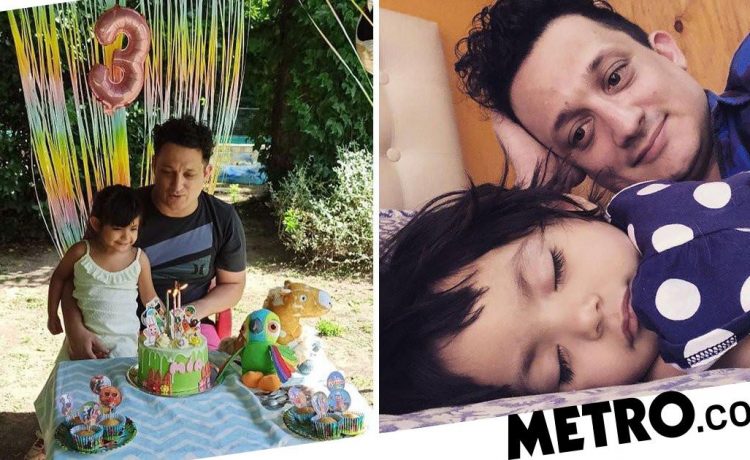 Pablo Fracchia has always wanted to be a dad.

But as a single gay man, he worried about whether it would be possible for him.

The LGBTQ+ activist and former Red Cross volunteer grew up in Buenos Aires, Argentina in the 90s where gay rights weren’t the same as today (Argentina was one the first Latin American countries and tenth in the world to legalise same-sex marriage in 2010).

As Pablo worked for the LGBTQ+ Federation of Argentina and watched the country become more accepting of gay people, he realised his dream of becoming a dad could come true.

After two years of waiting, in 2019, Pablo got the call – a little girl with a health condition was living in a hospital by herself.

Little Mia, a one-year-old, had a gastrointestinal condition and needed serious medical attention.

Her biological family were unable to provide her medical costs and the family court decided to send Mia to the hospital foster home where other children with health issues reside.

After the three other parents who were in the running to adopt Mia were ruled out, Pablo got the all-important call – he was able to meet his daughter for the first time the next day.

Now having lived with her for more than a year, the dad totally dotes on his daughter.

Pablo has had to give up his volunteering roles as taking care of Mia takes up all his time.

‘If I have to use two words to describe Mia, it would be “resilience” and “power”,’ he told BoredPanda. ‘This girl survived in every single possible way as she had a rough start in her health, with a lot of challenges and she fought and faced them alone at only months of age. And now she is a 100% healthy kid like everyone else.’

As an LGBTQ+ activist, Pablo says he was only able to adopt as a single gay man due to collective campaigning powers.

He hopes to see more countries open up to queer communities.

Pablo adds: ‘Meet others like you. Organise. Fight for your dream. The status quo can only be broken when we organise with people struggling with similar issues and start showing the injustices we live with, to the public eye. It’s still illegal to be gay in almost 70 countries. Some of them even include the death penalty. So hang in there and organise.’


MORE : We need to talk about consent in gay male spaces


MORE : I wasn’t able to look after my baby, so she was put up for adoption

READ  Wondering why unmarried women without children are happiest? Listen to mothers and wives
Share on FacebookShare on TwitterShare on PinterestShare on Reddit
newsgrooveMarch 28, 2021