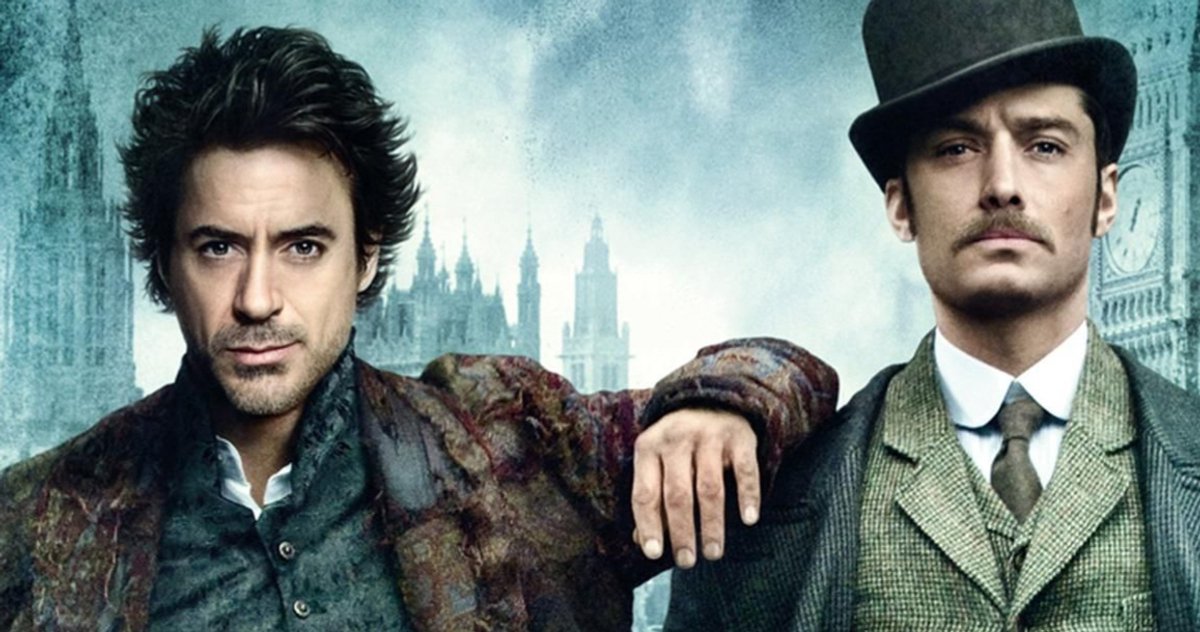 Dexter Fletcher has just opened up about his next directing gig, Sherlock Holmes 3. The Rocketman filmmaker is coming off of a very successful run, as he finished up Bohemian Rhapsody following Bryan Singer’s departure, which worked out quite well, considering the financial success and awards season recognition. Plus, his Elton John biopic did well for itself critically and commercially, which helped him score the job helming the long-awaited third entry in this franchise.

Rocketman is making its way to home video and Dexter Fletcher has been making the press rounds to promote the release. During a recent interview, he was asked about what we can expect, in terms of style, since Guy Ritchie isn’t returning this time around. Here’s what Fletcher had to say about it.

“I think that’s inevitable, isn’t it? Whenever you have different filmmakers. I’m not gonna ignore what he did so brilliantly before. There will be an element of that, but I will also bring my own voice to it as well and it will be something sort of different. And I suppose that’s the idea of bringing in somebody new. We’ll see what happens.”

Guy Ritchie directed the first two entries in this version of the Sherlock Holmes franchise, which is led by Iron Man himself Robert Downey Jr. as the titular detective, with Jude Law playing his right-hand-man Watson. Ritchie has been busy as of late, having most recently helmed Disney’s live-action Aladdin remake.

With that, he couldn’t return for Sherlock Holmes 3. Guy Ritchie and Dexter Fletcher go back a long way, as the actor-turned-director previously starred in Lock, Stock and Two Smoking Barrels. Fletcher has spoken to his old friend about it and there aren’t any hard feelings. Fletcher had this to say.

“He’s very generous about it. He’s like, ‘You’re going to have a great time with it. Go and have a great time.’ It’ll be exciting. Robert [Downey Jr.] is amazing. Jude [Law} is fantastic. There’s an incredible cast there and a great opportunity. He’s not around to do it. He’s off doing what he’s doing. So it feels good to be part of that. Guy and I go way back and he’s very generous. I think he sort of finds it rather fun that it’s me.”

Plot details are currently being kept under wraps, but this is a sequel that Warner Bros. has been trying to get made for some time. The previous two movies made a combined $1.06 billion at the global box office, and Robert Downey Jr. has accumulated a lot of star power since A Game of Shadows arrived in 2011. With that in mind, this could prove to be a hit. There is no word on when production is set to begin, but the movie will film in California. Sherlock Holmes 3 is currently set to hit theaters on December 22, 2021. WE’ll be sure to keep you posted as further details on the project are made available. This news comes to us via Collider.

READ  Frozen 2 Set to Freeze Out the Competition with Record-Breaking Box Office Debut
Share on FacebookShare on TwitterShare on PinterestShare on Reddit
newsgrooveAugust 29, 2019