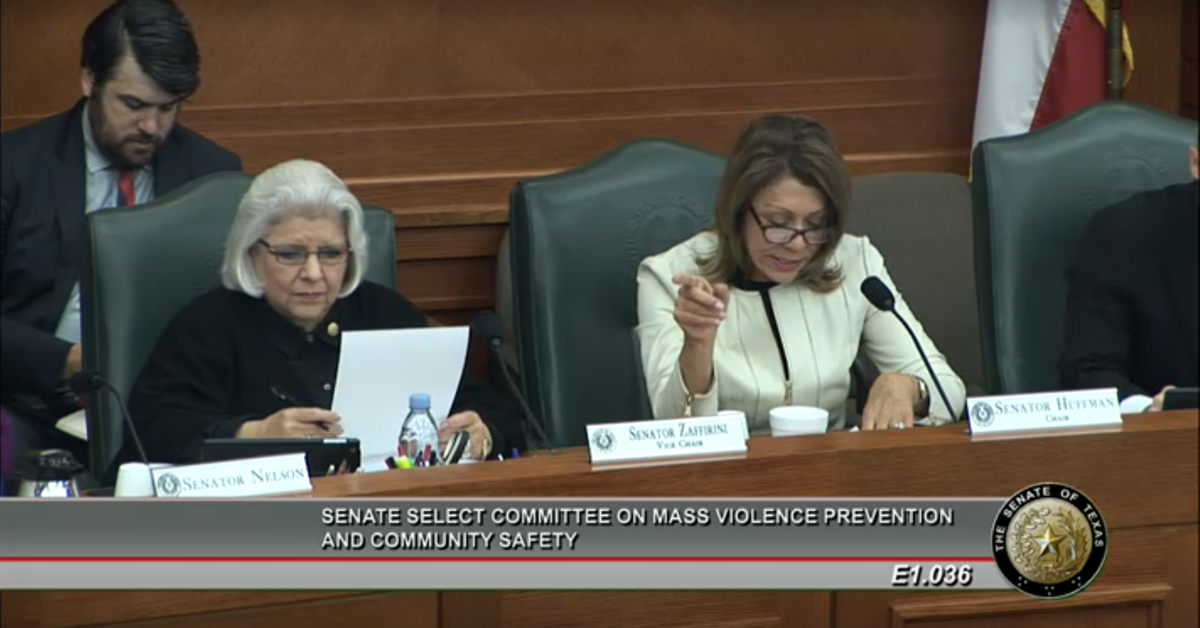 When a gunman opened fire in an El Paso Wal-Mart in August of this year, 22 people were killed and 26 were injured, making the attack the third-worst mass shooting event in Texas history.

In response to the last in a string of mass shootings over the years, Governor Abbott issued eight executive orders and formed select legislative committees, including the Senate Select Committee on Mass Violence Prevention and Community Safety.

The most recent meeting of the committee, on Wednesday, December 4, featured witnesses representing the video game industry and social media companies as part of the committee’s charge to “Research the link between violent video games and recent mass shootings in Texas and examine the impact of the overall fraying culture on mass shootings, including increased violence, tolerance for violence, and extremist views in our society,” as noted on the committee’s official webpage. These witnesses’ testimony is meant to help lawmakers draft legislation during the next session.

Tom Foulkes, the Vice President of State Governmental Relations for the Entertainment Software Association, stated in his testimony that “the nationwide debate regarding gun violence has been ongoing for more than two decades, and over this time numerous well-respected authorities have found no scientific evidence to suggest any causal link between video games and real world violence.”

He went on to say that “the United States is the only industrialized nation that experiences gun violence at this level and frequency…More than 165 million Americans enjoy video games and billions of people play games worldwide. Yet societies where the same types of video games are played just as avidly do not contend with the tragic levels of violence that occur here in the U.S.”

Foulkes also discussed the ways parents and consumers can make informed choices about games their children play by utilizing the game rating systems and by using parental controls.

Sen. John Whitmire (D-Houston) stated his belief that video games are “a diversion to what I see as the real problem,” and used better background checks prior to firearm purchases as an example of a concrete solution to preventing gun violence.

In addition to the discussion about video games’ role in violent mass shootings, leaders from Google and Facebook also shared their companies’ roles in monitoring, blocking and removing hate speech.

Mental health professionals also spoke to the committee, and urged members not to conflate mental illness as the driver of mass violence, which Dr. Andy Keller, the president & CEO of the Meadows Mental Health Policy Institute, suggested is caused by radical ideologies, personal grievances and anti-social traits.

The next committee meeting will be held in 2020.