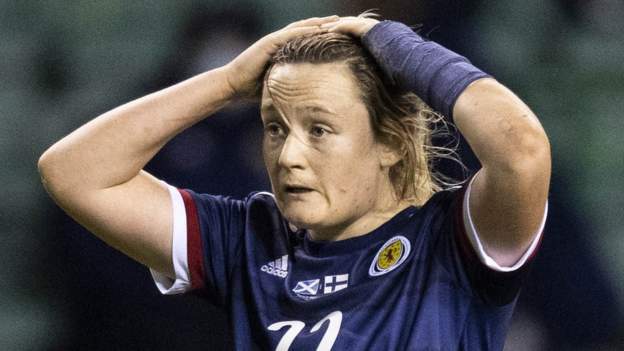 Scotland need to use their “two years of hell” to reassess how they can improve after missing out on the Women’s European Championship, says Erin Cuthbert.

The finals were delayed until 2022 because of the coronavirus pandemic and the Scots cannot qualify after losing their past three matches 1-0.

Shelley Kerr announced her departure from the manager’s role on Boxing Day.

And Cuthbert says Scotland need to “to make sure this never happens again”.

Scotland were top seeds in the qualifying group and had reached the previous two major finals.

“We’ve never been the top seeds before,” the forward told BBC Sounds’ The Players Podcast.

“Maybe there was a sense of complacency in the campaign, for sure. We have to set standards for ourselves. We can’t just take it for granted.

“We’ve got time now. The Euros isn’t until 2022. We have to sit through two years of hell of not going to a major tournament. That gives us enough time to reassess where we’ve gone wrong. We know we should be qualifying.

“I think individual reflection is necessary for all of us because we all have to look about what sort of one per cent, two per cent gains that we could’ve given more to the team in terms of detail and analysis.” 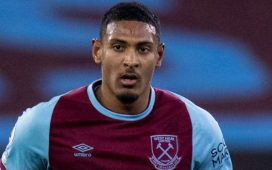