Science news of 2019: From Ring of Fire Black Hole to climate crisis 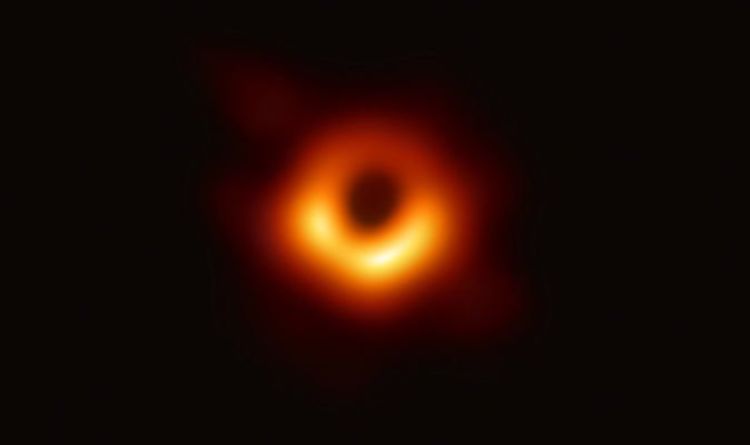 With the advancements made this year, the next decade looks to be promising for climate activism and space travel with some major announcements in 2019. Express.co.uk looks at the five biggest science stories of the year gone by, and what it means for the future.

NASA to send people to the Moon – again

With 2019 marking the 50th anniversary of the Apollo 11 mission which saw humans first step foot on the Moon, NASA announced it is going to send people back to the lunar surface, and this time for good.

The space agency announced back in April that it has unfinished business on our lunar satellite and wants to set up a permanent base on the Moon, with the missions hopefully taking place in 2024.

NASA administrator Jim Bridenstine made the announcement that he wants to set up a lunar colony and called on “the best and brightest of American industry” to help design and develop “human lunar landers”.

The base would be used as a checkpoint between Earth and Mars while also allowing astronauts to study the Moon in close detail.

NASA plans to go back to the moon (Image: GETTY)

First image of a black hole

Scientists made huge advancements in astronomy this year as they released the first picture ever taken of a black hole.

The scientists revealed the image of the black hole at the centre of a distant galaxy known as M87, and the black hole stretches just under 40 billion kilometres across space.

READ  'Papua New Guinea is not prepared': 4,000 nurses to strike over Covid-19 readiness

The image shows a red “ring of fire” surrounding an empty black space, which is the mysterious black hole.

The black hole is 55 million light years away and has around 6.5billion times the mass of the Sun and a diameter which is 3 million times that of Earth.

In spite of its immense size, scientists took almost 12 years to capture the first ever image of a black hole, but they are confident this is the real deal.

Dr Paul T.P. Ho, EHT Board member and Director of the East Asian Observatory, said: “Once we were sure we had imaged the shadow, we could compare our observations to extensive computer models that include the physics of warped space, superheated matter and strong magnetic fields.

“Many of the features of the observed image match our theoretical understanding surprisingly well.”

The climate crisis reached new levels this year, with experts stating they are “astounded” by the amount of ice which has been lost in Greenland thanks to a warming globe.

Global warming is contributing to a loss of ice cover in the Arctic and Antarctic circles and researchers believe Greenland could be one of the worst effected.

The ice covering Greenland is up to three kilometres thick in certain places, covering an area seven times the amount of the UK.

If all of this ice were to melt, it would cause sea levels to rise by a staggering seven metres, which could have major implications for the UK.

“So, we’re losing Greenland – it’s really a question of how fast.”

Chang’e-4 landed on the dark side of the moon (Image: GETTY)

China made history in 2019 as it became the first nation to land a spacecraft on the far side of the Moon.

China made headlines at the beginning of January when it’s Chang’e-4 landed on the far side of the Moon.

Chang’e-4 took with it soil containing potato and cotton seeds, as well as yeast and fruit fly eggs.

The ingredients were kept in a biosphere and scientists in China hope to prove that an artificial, self-sustaining environment can thrive on our lunar satellite, with the hope of moving humans there in the future.

The seeds had been rendered dormant using “biological technology” for the 20 day journey from China to the dark side of the moon.

NASA flies by most distant object ever visited

READ  One in three UK households 'cannot access WiFi in every room of their house', report reveals

Some 12 years after being launched from Earth, New Horizons had only recently made it to Pluto in 2016, after a gruelling four billion mile journey.

The spaceship was just 2,200 miles from the asteroid, which is impressive considering it was spotted from 2.5 billion miles away by the Kepler Telescope.

Such is the distance from Earth to Arrokoth that images took six hours to reach Earth, despite travelling at close to the speed of light.

The distant asteroid is remnant of the formation of the early solar system – something which led NASA to describe Arrokoth as a ‘time machine’.

New Horizons Principal Investigator Alan Stern of the Southwest Research Institute in Boulder, Colorado said at the time of the flyby: “This flyby is a historic achievement.

“Never before has any spacecraft team tracked down such a small body at such high speed so far away in the abyss of space. New Horizons has set a new bar for state-of-the-art spacecraft navigation.”