Headteachers are being forced to choose between supplying cheaper meals or axing staff, it is reported as the Government is urged to give free school meals to children in Universal Credit families.

Schools have been swapping hot meals for sandwiches and handing out smaller portions amid the cost of living crisis.

Headteachers are being forced to choose between supplying cheaper meals or axing staff due to rising food prices and funding cuts.

Some schools faced with the prospect of increasing charges for paid-for meals are said to be cutting back on costs by replacing hot dishes with sandwiches instead.

The claim comes as the Government is being urged to give free school meals to children in Universal Credit families.

The charity’s director of policy and engagement said: “Last week, at a Magic Breakfast partner school in south London, the deputy head told us that maintaining the current level of food provision in her school is a priority and she believes it is not possible to make any further cuts to either the quantity or quality of school lunches.

“So savings will have to be made by cutting their budgets for teaching and staffing.”

All food provided in schools must comply with the School Food Standards, which states a variety of sandwiches and wraps can be served to pupils, , reports the i.

A Government spokesperson said: “We recognise the pressures that some schools may face and have given them the autonomy to agree individual contracts with suppliers and caterers, using their increased core funding.

“Schools also have flexibility in the food they offer, under the School Food Standards.

“If a particular product is not readily available for any reason, the standards give schools and caterers the freedom to substitute in similar foods that are available.”

Teaching unions earlier wrote to the Chancellor and Education Secretary asking for free school meals to be provided to all children from families receiving Universal Credit in England.

Speaking to The Independent, former Tory MP Justine Greening said the Government “has a chance to avoid the mess on free school meals that happened last year and get ahead of the next phase of the cost of living crisis for families”.

Unions and organisations claiming to represent one million school staff asked for an “urgent” expansion of the scheme in their letter, which said vulnerable children who do not receive free meals are facing a “real barrier to learning”.

They added: “Now is the right moment for the Government to commit to an expansion of free school meals, providing a nutritional safety net that supports all children to learn and achieve.”

On BBC Breakfast on Tuesday morning, Dr Nick Capstick, headteacher of Drove Primary School in Wiltshire, said schools have found that “this is an increasingly difficult situation”, with “more and more children… coming in having not had a good meal the night before maybe, and even not having breakfast sometimes”.

“And this impacts on the way they perform in school, and also their wellbeing and their happiness, so it really is a major problem in schools and growing,” he added.

Dr Capstick said his staff are seeing lethargic and irritable children with poor concentration who cannot focus on their learning.

He said he would like to see co-operation with the Government for all primary school-aged children to access free school meals, describing the current threshold for eligibility – an income below £7,400 per year – as a “ridiculously low figure”.

The headteacher added more funding for free school meals would save money spent on childhood obesity and tooth decay, as well as pupils being absent through illness, meaning their parents stay away from work.

Should all children from families on Universal Credit get free school meals? 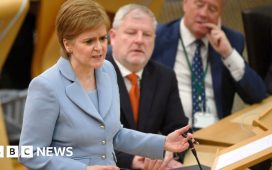 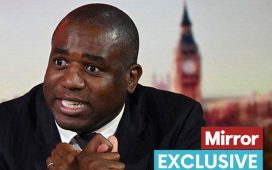