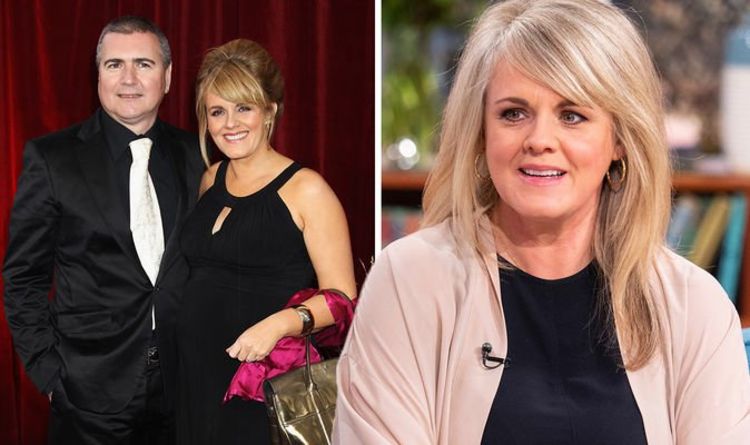 Sally Lindsay, 47, has been on screens a lot recently as she starred in her latest Channel 5 drama as well as taking over hosting Tenable from Warwick Davies. However, fans might not realise how much marriage changed her. In an unearthed interview, the ex-Coronation Street star opened up about how her meeting her husband made her rethink children.

Sally has been married to her husband Steve White since 2013.

He’s the former drummer of The Style Council and Paul Weller Band.

Together, the pair raise their twin boys, Vic and Louie, who are aged 10.

However, in an unearthed interview with the actor, she previously revealed she didn’t want children until she met Steve.

She spoke to The Mirror back in November 2019 about how she had been so busy with work before they met, she’d never considered it.

The actor said: “I thought it was made up, you know, that urge that you desperately want to procreate.

“I couldn’t believe it when it happened to me.

“I’ve got loads of extremely successful single women mates with massively full lives, and I thought that would have been me.

“You’re making it up every day because you don’t really know what you’re doing, but then you do.

“They’re best friends one minute and then hate each other the next!”

“We’ll have a diary check every Friday – it’s organisation!”

The star recently appeared in the Channel 5 drama Intruder where she played a family liaison officer.

Now viewers will be able to see her as the host of Tenable, standing in for Warwick.

She will front the game show for 25 episodes on ITV.

Explaining the reasoning behind this, he recently tweeted: “When you tune in to @Tenable at 3pm on @itv today, you’ll notice I look a lot like the fabulous @sally_lindsay.

“Sally is stepping into my hosting shoes for a run of shows while I’m in pre-production for another project.”

Sally will be appearing on James Martin’s Saturday Morning on ITV today.