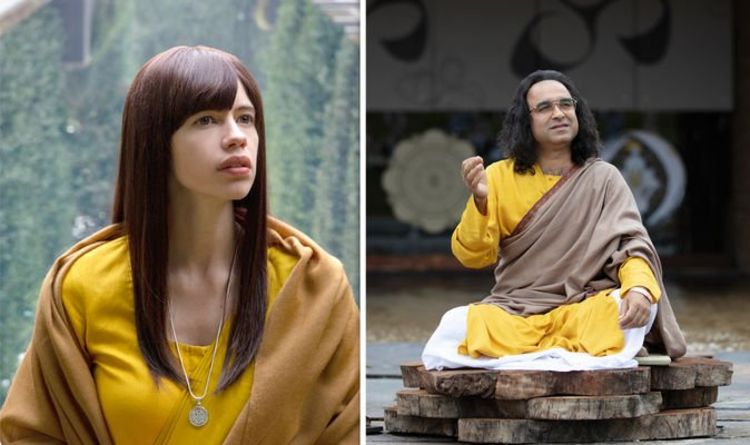 Sacred Games actress Kalki Koechlin has opened up about her character Batya Abelman, who was devoted to Guruji (played by Pankaj Tripathi) and one of his most loyal followers at the ashram. Batya and Guruji’s relationship was a spiritual and sexual one with the pair having liaisons as part of the priest’s belief in freeing oneself. She was left devastated at this demise and planned to continue with Guruji’s work after his death.

Why was Batya Abelman helping Guruji in Mumbai attack?

In the show, Batya revealed that she was born to a Palestinian mother and a Jewish father before growing up in France.

However, her mother decided to go back to Palestine and she was left to grow up on her own.

Eventually, Batya ran away and started doing drugs and having sex to find some meaning to life before she ended in Croatia at Guruji’s ashram

Batya found Guruji and spiritual enlightenment after suffering from a rough childhood of abandonment and isolation.

READ MORE: Sacred Games season 3 Netflix release: Will there be another series?

She wholeheartedly shared Guruji’s vision of a new world by bringing about Satyug which would see everything destroyed so they could start over.

The devout follower had gone along with spreading darkness and terrorism across the world, so the time would come when the world could be re-born.

In an interview with India Today, Koechlin opened up about Batya’s attraction to Guruji, saying her character was a “complex” one.

“She is obviously a very complex person, somebody who has embraced Guruji’s teachings, really believes in his vision. At the same time, she is struggling with her own vulnerabilities,” the Indian-born French actress explained.

Koechlin, 35, reflected on the desire for total annihilation: “They both are escaping from something and finding solace, they are making their own home, their own world, because they didn’t grow up with a solid home.

“That loneliness, that feeling of finding some family is something they share. In a way, they both are family,”

Season three of Sacred Games is up in the air at the moment with Netflix yet to make an announcement about a renewal or cancellation.

The show ended on a startling cliffhanger in which Sartaj Singh (Saif Ali Khan) tried to defuse the nuclear bomb that Guruji and his followers orchestrated to obliterate the Indian city.

If the show does get a third series, it’s highly likely we could see more of Batya who was essentially leading the ashram now and carrying out the nuclear attack.

Speaking about initially joining Sacred Games, she told publication Indulge Express: “I had already seen the first season and had also enjoyed it as an audience.

“So, I was super nervous. The audition scene was really nice but it had a lot of strong Hindi words and they asked me if I can come for the audition that same day and I was like, ‘No, no, I need two days to learn my lines properly’.”