A Russian startup has created a new line of androids it hopes to sell to businesses with heavy customer service needs, like airports, banks, and museums.

Built by Promobot, a Russian tech company operating out of a Warminister, Pennsylvania, Robo-C is the ‘world’s first humanoid android, which not only simulates the appearance of a person, but also is able to integrate into business processes.’ 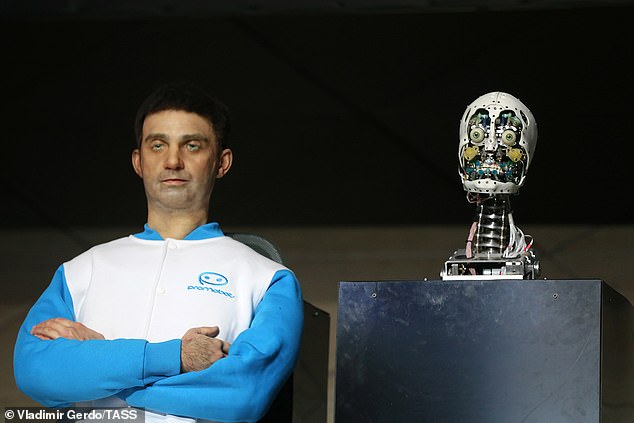 Robo-C (pictured above) has an AI equipped with 100,000 speech modules to make it useful in customer service scenarios

The robot can also speak directly to users and comes with an AI containing 100,000 speech modules, according to a report from CNBC.

Robo-C is targeted for a number of different commercial uses, including work as a home companion.

Promobot has four current Robo-C orders, one to work scanning passports at a government services center.

Another will be sent to a robot exhibition, and two others are being made for a Middle-eastern family to resemble the mother and father.

Robo-C is ‘the world’s first humanoid android’ according to its creator, the Russian startup Promobot.

Robo-C can be built with a lifelike human face, with 16 moving parts capable of delivering over 600 facial expressions.

It has an onboard AI containing 100,000 speech modules to it can interact through conversation.

So far, four models of the robot have been ordered by customers.

For Promobot co-founder Oleg Kivokurtzev, creating meaningful personalities for the androids is crucial.

‘The key moment in development [of Robo-C] is the digitization of personality and the creation of an individual appearance,’ he told CNBC. ‘As a result, digital immortality, which we can offer our customers.’

One of Promobot’s competitors, ANA Holding’s Avatar division, sees the burgeoning field of android development as something that could change the entire economy.

‘They’re not made for a specific use—that’s how they’re different. We are developing robots as infrastructure. People can just avatar in to the robot they want to use.’ 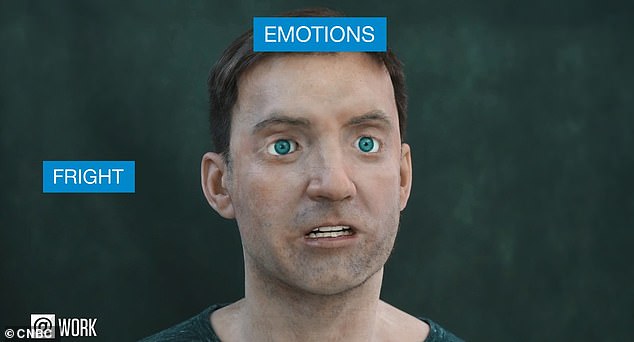 Robo-C (pictured above) can do more than 600 facial expressions, thanks to 16 moving parts in its face