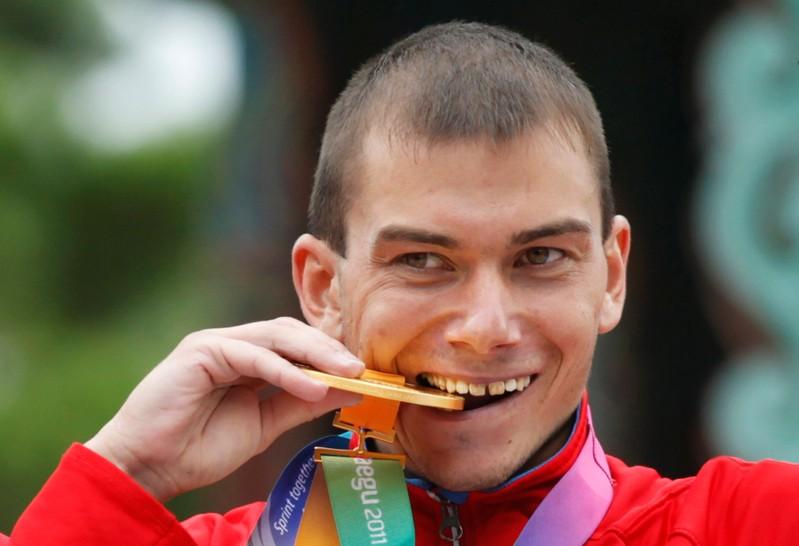 Bakulin, who has served a doping suspension in the past, had already been stripped of his 50 km world title from 2011.

The AIU, which oversees integrity issues in international athletics, including doping, said the ban was linked to abnormalities in Bakulin’s biological passport.

Bakulin had been coached by Viktor Chegin, who was suspended for life in 2016 after a report commissioned by the World Anti-Doping Agency (WADA) found there had been a “systematic doping regime” under Chegin’s influence at the training facility where he was head coach.

Reuters reported in June that Chegin had won state contracts to provide security at the facility after his ban, giving him access to the athletes training there.

The Russian athletics federation later said the country would cancel the state contract between Chegin and the facility because his access to athletes is a “sensitive matter for anti-doping services.”

Russia’s athletics federation has been suspended since a 2015 WADA-commissioned report found evidence of state-sponsored doping in the sport.

Global athletics ruling body the IAAF has nonetheless authorised some Russians to compete as neutrals after having demonstrated they are competing in a doping-free environment.