If new England coach Shaun Wane gets to meet his squad for the first time next Monday at Old Trafford, there will be some noticeable absentees. The NRL contingent will not be there and neither will any of the six half-backs who went on tour with Great Britain five months ago. There will be no Jackson Hastings, Gareth Widdop, Blake Austin, or Jake Connor; while George Williams will stay in Canberra and Jake Trueman has been dropped to the Knights squad.

After a slow start to their new partnership, Warrington duo Widdop and Austin are only now hitting form, enjoying a 38-4 romp at Hull on Thursday night that cost Lee Radford his job. Wane’s decision to ignore Hastings is strange given that he has started his Wigan career in a similar fashion to how he ended his dazzling spell at Salford.

Surely the reigning Man of Steel is among the best half-dozen half-backs in the country? Apparently not. Wane may be waiting to see if Hastings commits to the British game by ignoring the break clause in his two-year deal at Wigan, with offers expected to come in from the NRL in May and rumoured interest from Gloucester RFC.

Hastings and Austin, who were both born in Australia, have decisions to make. If they make themselves available to Wane – courtesy of their English grandmothers – and he picks them, any dreams they had of returning to the NRL and being selected for Australia would be over. The world governing body, International Rugby League, recently tweaked and clarified its rules on international eligibility, adding Great Britain to the rule that states players can only represent one tier-one nation in their careers. Players can still play for the youth teams of one country and then graduate to the senior team of another. So Hastings and Austin – who both played in under-age teams for Australia – remain eligible for England. But, as IRL agreed not to make the ruling retrospective, they can both still play for Australia, too.

It seems as if Wane, who has spent the vast majority of his playing and coaching career in his hometown of Wigan, will prioritise players who grew up in England. “I am very patriotic and if I was to bring anybody who wasn’t English into the team, they’d have to be outstanding,” Wane told RL Backchat earlier this month. “If two players are playing exactly the same I’m going to go with the English kid.”

Wane has picked 63 players in his first selection. The 31-man England squad contains 2017 World Cup half-back Luke Gale and part-time halves Johnny Lomax and Stefan Ratchford, but there are no capped halves among another 32 players in Paul Anderson’s England Knights group. It looks as if Wane is following a trend set 20 years ago: what went before could not beat Australia, so try something different. On only five occasions has an England boss returned to a previously used half-back partnership. Between the 2000 and 2013 World Cups, David Waite, Brian Noble, Tony Smith and Steve McNamara used 26 different pairings between them in just 52 internationals.

England seem immune to sticking with a regular half-back duo. In 20 games across four years in charge, Wayne Bennett used nine halves in nine different combinations, starting with Widdop and Gale and then using Kevin Brown and Gale at the World Cup in 2017, before trying four totally different pairings in 2018, and going with Widdop and Hastings for the Lions last year.

The last time England or Great Britain beat Australia was in 2006 with the majestic St Helens’ duo Leon Pryce and Sean Long in the halves a couple of weeks after winning the Grand Final, and yet that was the only international they every played together. Similarly, the Super League-conquering Leeds duo Danny McGuire and Rob Burrow were paired in just three Tests, Kevin Sinfield and McGuire not once.

Wane could go with an all Warrington pair of Austin and Widdop, with the Castleford duo of Trueman and Danny Richardson pairing up again for England Knights. Instead he is likely to pair Williams with either of the in-form Gale or Lomax when England finally play again. Wane has opted for an in-house game against the Knights in June, meaning an October meeting with France will be England’s only international before the Ashes begins.

Of course, the international calendar may take on a very different look in coming days given the spread of coronavirus, but another IRL decision could impact England over the next 12 months. Players from tier-one nations can switch back and forth between those nations and any tier-two or tier-three nation for which they are also eligible, but they can only “elect” to represent one nation in any calendar year. So, we will no longer see farces such as Cronulla Sharks winger Ronaldo Mulitalo playing for USA at the World Cup 9s and then turning out a few days later for Samoa in the Oceania Cup.

“Electing” now means being named in a matchday squad, not necessarily playing. So the Warrington trio Ben Currie, Joe Philbin and Toby King – who were pick in Wane’s first squad – could still play for England in the Ashes this year and then represent Ireland at the World Cup next year. If England do not pick them in a matchday squad, the players could even return to Ireland for the Euros this autumn.

Players must now declare which nation they want to represent three weeks before the tournament. So if a tier-one nation does not pick them in that period, they can switch to a tier-two or tier-three nation. This rule will prevent the madness we witnessed before the World Cup in 2017, when Andrew Fifita was named in the Australia squad and Jason Taumalolo was called up for New Zealand only for both players to switch to Tonga a few hours later.

As New York City RLFC announce ambitious plans to play in the Challenge Cup and a series of high-profile friendlies in 2021, Ottawa Aces will be plugging away in the likes of Llanelli, Wood Green, Hunslet and Coventry in League One. Toronto Wolfpack founder Eric Perez, who is fronting the venture, says Ottawa will have a full-time squad, with former Catalans and France star Laurent Fraysinnous the favourite to be appointed coach at Landsdowne Park (home of CFL upstarts Ottawa Redblacks).

The effervescent Perez is so enthusiastic about the sport it would be only mildly surprising were he to one day remove his seemingly permanently attached baseball cap to reveal a tattoo of Kurt Sorensen across his bald pate. Perez hopes the Aces learn from the Wolfpack’s trial-and-error experience en route to The Big Show. Bon chance.

You may recall this column getting excited about Albi back in September. Well, the Tigers are having a superb season in the Elite One Championship (France’s top tier), winning seven games in a row before losing at Lézignan, for whom Cyril Stacul scored, last weekend. Stand-off Alex Grant and winger Nittim Pedrero have been brilliant for Joris Canton’s surprise package as they have moved up to second in the league behind Limoux.

Albi have kept ahead of St Esteve-XIII Catalan, despite the latter being able to call on numerous Super League regulars from parent club Catalans Dragons. Lézignan, Villeneuve – for whom former Wakefield and Samoa star Pita Godinet is pivotal – and the plummeting Avignon, are likely to fill the final top six play-off spots.

Just when it seemed Toronto Wolfpack’s luck had changed, on Sunday night they announced they have four first-team players showing signs of the coronavirus. After a morale-boosting and highly convincing win in the Challenge Cup at Huddersfield last Wednesday, a few weeks off was going to enable the Wolfpack to get some of their injured players back. Toronto will also suffer least financially from a lockdown as their first game at Lamport Stadium is not scheduled until 18 April.

Toronto have already had their share of bad luck for 2020. Yes, their salary cap mismanagement left them with a lot of mediocre Super League players but not enough to cover for an unusually early rash of injuries and few promoted teams would have got more than a couple of points from an opening six fixtures as tough as the Wolfpack’s. The logical decision to play their home “loop” fixtures on the road – to ensure all Super League opponents only travel to Toronto once this season – backfired, with the unfortunate collapse of planned promotional games at Saracens and York’s new stadium through no fault of the Wolfpack.

Another Englishman hoping to force his way into Wane’s squad will be Herbie Farnworth. The 20-year-old winger made his NRL debut for Brisbane Broncos towards the end of last season and scored in pre-season against Gold Coast.

Born in Burnley, raised in the village of Blacko, and once on the books of Wigan St Pats, Newton Storm and Manchester United, Farnworth moved to Australia five years ago to pursue his rugby league dream. On Friday morning, he came off the bench as the Broncos won a thrilling opening game at North Queensland Cowboys’ beautiful new stadium right in the middle of Townsville.. 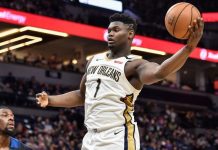 Olympics: Zion on the 'Dream Team'? Athletes confused over qualifying for Games 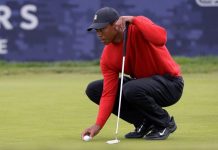