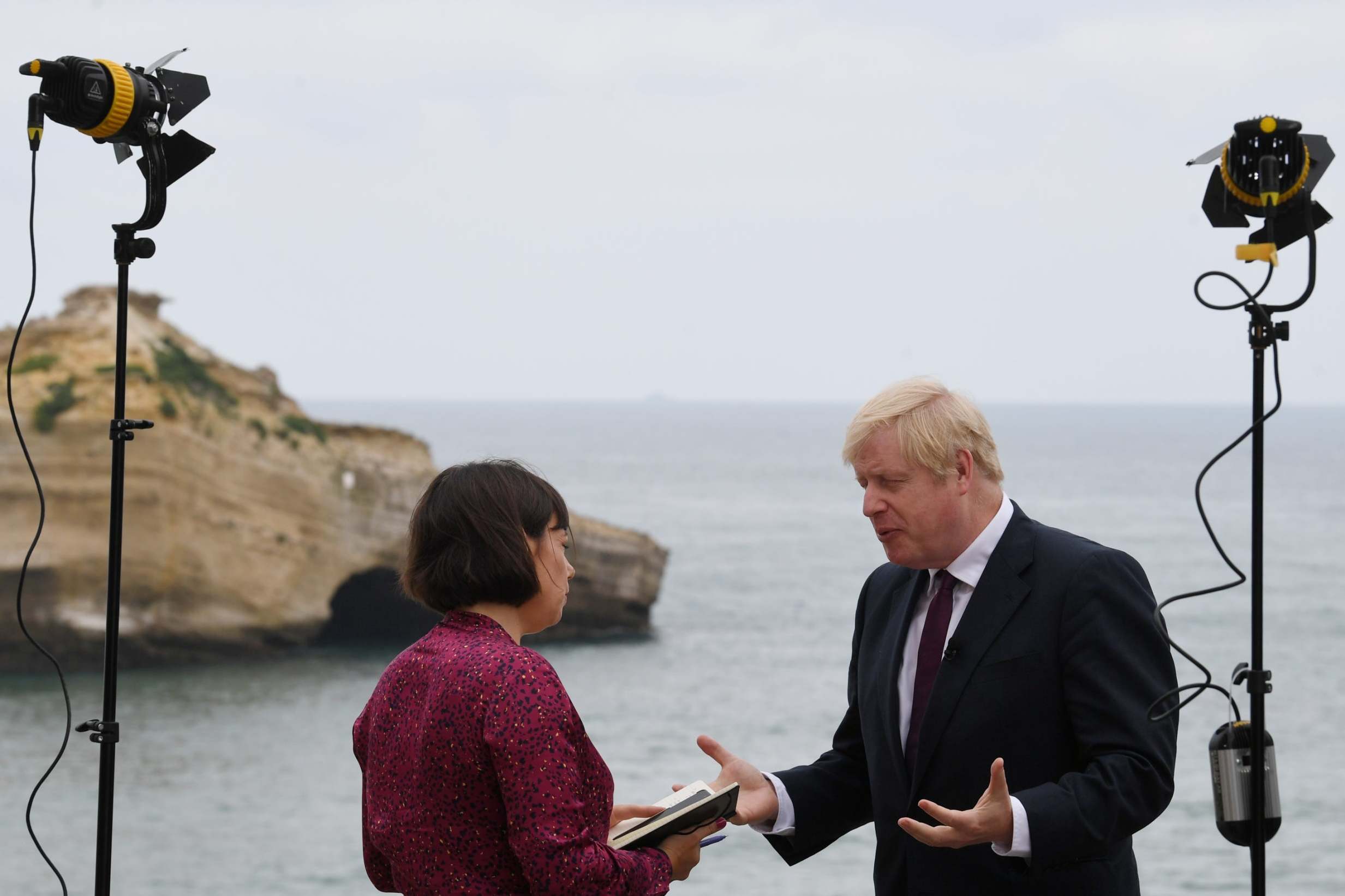 A row has erupted between Downing Street and Channel 4 after Boris Johnson refused to give an interview at the G7 summit, days after being criticised by the broadcaster’s news chief.

Dorothy Byrne called Mr Johnson a “coward” and compared him with Vladimir Putin for his preference for a “jolly statement” over a grilling on television, at the Edinburgh TV Festival.

She said: “What we all need to decide: what do we do when a known liar becomes our Prime Minister?”

Channel 4 said on Sunday that they were due to talk to Mr Johnson at the summit in Biarritz, but that their meeting was cancelled despite being told to travel to the summit.

Channel 4 News tweeted: “Decision by 10 Downing Street was made following criticism from Dorothy Byrne that Mr Johnson limits access to media like Putin.

“10 Downing Street’s reasons for the cancellation have varied. One senior advisor said the interview was scrapped because of Dorothy Byrne’s recent speech.”

“Mr Johnson told ITV News’ Peston it was because he didn’t have time.”

The Prime Minister was questioned about cancelling the interview by ITV News’ political editor Robert Peston, who said he was not allowing himself to be “held to account”.

Mr Johnson replied: “I’m delighted to be interviewed by you Robert, it’s the highest honour that, one of the high honours that a politician can have.

“But I have to, I’m afraid, once this ceremony is over, I have to go and talk to French radio, French TV and lots of other outlets as well.”

Mr Peston tweeted: “I suggested to Boris Johnson that he had ‘shot himself in the foot’ in his response to the critique of Dorothy Byrne, head of news and current affairs at Channel 4, that he and Jeremy Corbyn don’t allow themselves to be held to account on television enough – because today he refused to be interviewed by Channel 4 News.


“‘Not in the least’ he told me. But if he heard Byrne’s recent MacTaggart speech and a linked interview as undermining Ch4’s impartiality, surely he should complain to the regulator Ofcom.

“Ofcom would be the appropriate adjudicator. And at a time of what Johnson calls a national emergency, he should not shy away from scrutiny by Ch4 or any serious news organisation.

“The attitude of Johnson’s predecessor, May, and her press secretary – ‘what’s in it for us?’ – is surely inappropriate when as a nation we face our most momentous peacetime decision for generations, how, when and whether we leave the EU.”

In Ms Byrne’s MacTaggart lecture at the Edinburgh TV Festival on Wednesday, she called Mr Johnson and Jeremy Corbyn “cowards” who refuse to hold themselves up to proper scrutiny on television.

The journalist, who is among the longest-serving heads of news and current affairs in British TV, told the festival: “I would never have thought I would say these words: I believe that Mrs Thatcher would agree with me; Boris Johnson and Jeremy Corbyn are cowards.

READ  Coronavirus hits Boris Johnson and Matt Hancock at the top of Government – leaving aides asking: ‘Who’s next?’
Share on FacebookShare on TwitterShare on PinterestShare on Reddit
newsgrooveAugust 25, 2019