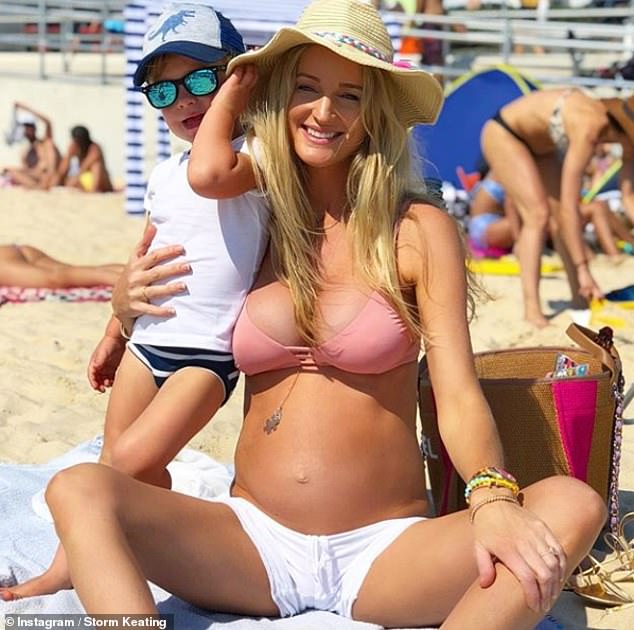 She announced last month that she was expecting her second child.

And Ronan Keating’s pregnant wife Storm proudly showed off her growing bump in a pretty pink bikini as the couple jetted to Australia for a brief festive break with their son Cooper, two.

The Australian beauty, 38, was glowing as she displayed her tanned bump in a stunning Instagram snap as she relaxed on the sweeping Bondi Beach in Sydney.

Lovely: Ronan Keating’s pregnant wife Storm proudly showed off her growing bump in a pretty pink bikini as the couple jetted to Australia for a brief festive break with their son Cooper, two

As she enjoyed some time in the sun, Storm showed off her growing baby bump in a rose pink bikini which she teamed with white shorts.

The fashion designer finished her stylish beach look with floppy sunhat as she sweetly cuddled her son Cooper in the post.

Storm also took to Instagram Stories to share a loved-up selfie with husband Ronan, 42, after telling fans they were only in Australia for 18 hours and wanted to make the most of the warm sunshine. 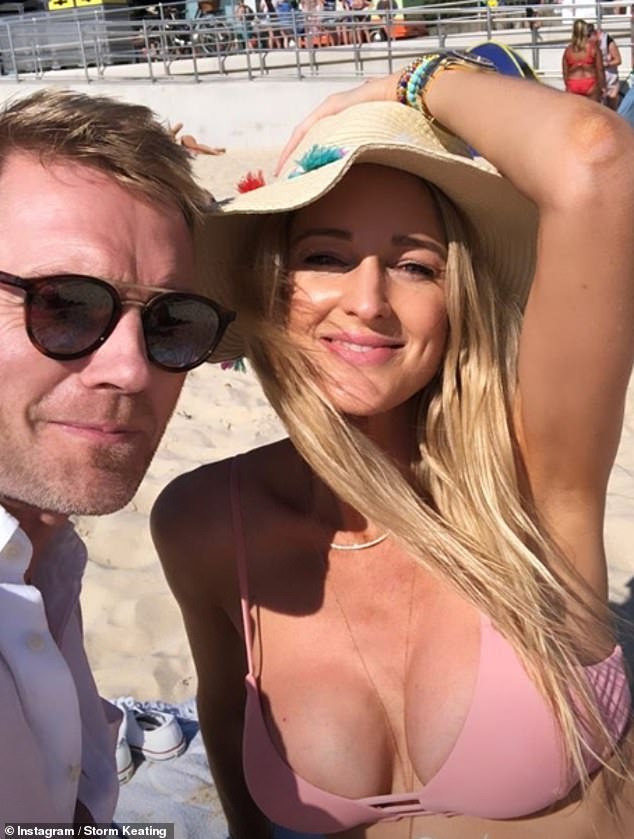 Sweet: The couple also shared a loved-up selfie from their brief trip Down Under, which Storm said only lasted 18 hours

Last month Storm and husband Ronan announced that they were expecting their second child, as she shared a sweet snap of Cooper kissing her growing bump.

READ  Game Of Thrones season 8: 7 questions we have after episode 5 The Bells

She captioned the post: ‘Another little Keating on the way.’

Addressing the news on his Magic Radio Breakfast Show, Ronan said: ‘Storm and I are having a baby! It’s really exciting. She’s feeling great.’

Ronan and Storm’s baby news may come as a shock to fans as they recently admitted that although they wanted to have more children, they were concerned about their busy schedules.

The Boyzone singer and the Australian designer welcomed son Cooper in April 2017, two years after tying the knot in a stunning outdoor ceremony in Scotland. 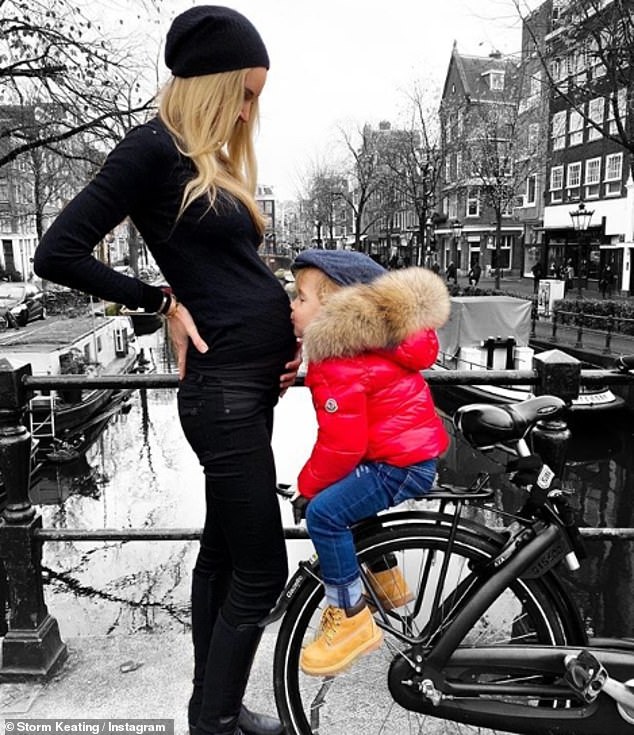 Exciting: Last month Ronan and Storm announced that they were expecting their second child, after the Australian beauty shared a sweet snap of son Cooper kissing her bump

Storm previously revealed she discussed having children with Ronan on their first date because she had ‘always pictured’ being a mother.

During an appearance on Loose Women, she said: ‘He [Ronan] wasn’t sure if he wanted to have more children and that was really difficult for me because I always pictured having kids of my own and I come from a really large family.

‘I went away and thought about it and I had to be really honest with myself. I spoke to my mum about it. There were tears.

‘I knew in my heart that I could live the rest of my life without kids but I couldn’t live without [Ronan].’ 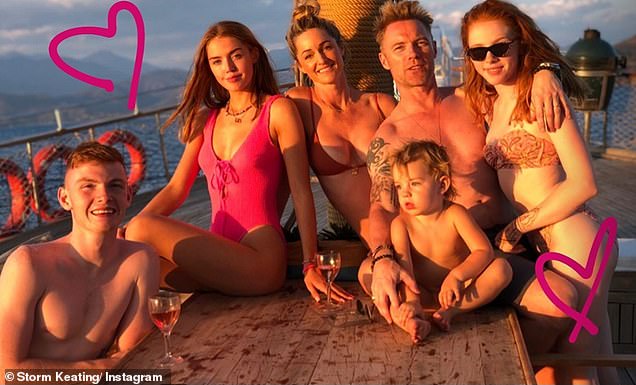 All together: Ronan is also dad to son Jack, 20, and daughters Missy, 18, and Ali, 13, who he raises with his first wife Yvonne Connolly, 45 (pictured alongside his son Cooper)