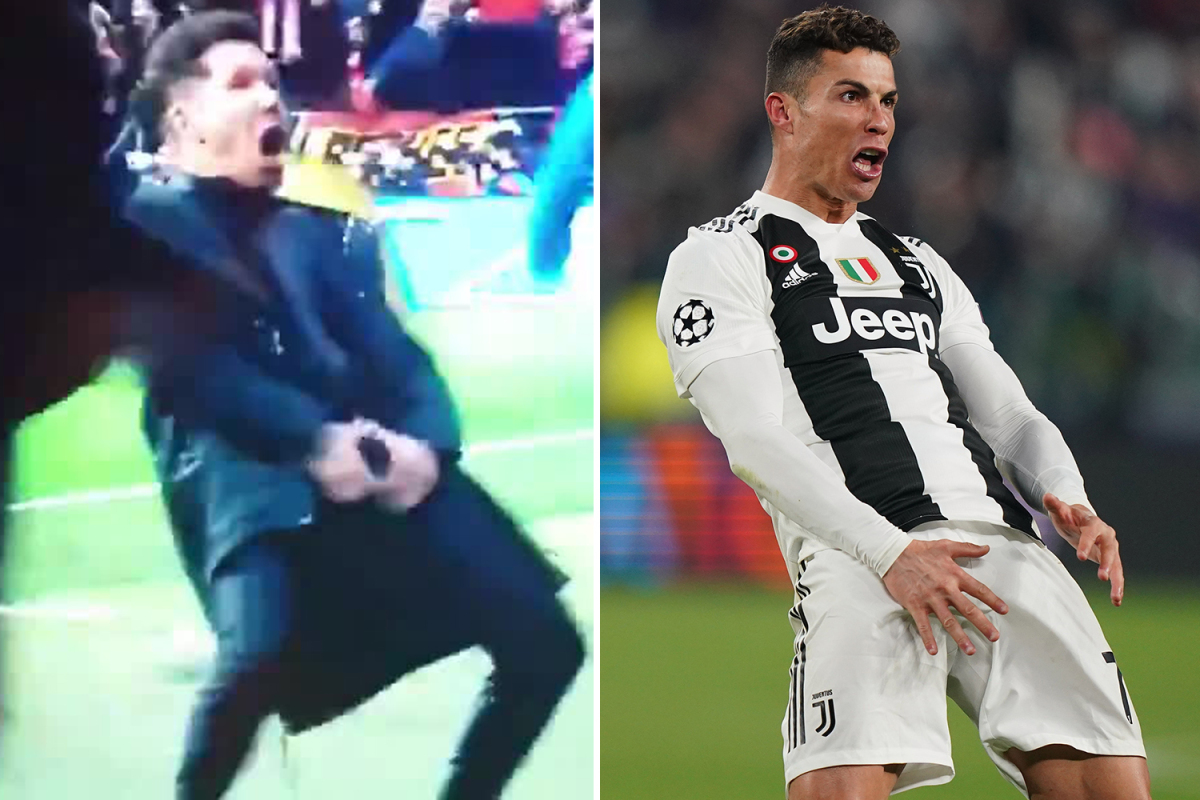 After bagging a hat-trick to turn around the tie, the Portuguese superstar mimicked the Argentine’s celebration from the first-leg by grabbing his crotch.

It came after Simeone did a similar gesture in the first-leg win before telling the press it was  to “show our fans we have cojones.”

The Atletico Madrid boss was slapped with a £17,100 fine for his actions and Ronaldo could receive a similar punishment.

Simeone was quizzed on the Juventus forward’s celebration after the game but downplayed the incident.

He said: “Surely he was thinking about his people when he did it, like me at the Wanda, saying they have personality.”

It was also his fourth against a Simeone side and his 25th goal in 33 appearances against Atletico.

And despite being sick of the sight on Ronaldo, he was full of praise for the former Real Madrid man.

He said: “Cristiano is one of the best in the world, it is normal that he can play how he has done tonight.

“They were better than us and we have to compliment them. We tried to play our game.

“In the first half we played well, but in the second we didn’t manage to make anything to get us through.

“Honestly, I’m calm and the players did well this week.

“In the first leg we played well and hurt them. Tonight, things went wayward. We didn’t manage to counter their performance.”