Ron Howard revealed he figure out his wife and kids had coronavirus when Tom Hanks diagnosed their symptoms.

The 66-year-old director appeared on The One Show tonight to promote his new documentary Rebuilding Paradise when the conversation turned to his family.

When asked by host Alex Jones how they found out they had the virus, he explained: ‘My wife Cheryl had it and so did my daughter Paige. We knew Paige definitely had it because she had lost her sense of smell and had the fever.

‘Her fiance Tim was also ill in all the classic ways. Cheryl had been able to fight it off, but then it kind of had these lingering effects and when I had a chance to talk to Tom, it sounded an awful lot like what Cheryl had gone through.

He continued: ‘While she hasn’t been tested yet all signs suggest that she went through it.’

Tom and his wife Rita Wilson were among the first stars to get coronavirus in March when they travelled to Australia for work.

After going through all that, it’s no surprise Tom can spot coronavirus from a mile away.

The Castaway actor had told The National Defense Radio Show in April: ‘Rita went through a tougher time than I did. She had a much higher fever. She had lost her sense of taste and sense of smell.

‘She got absolutely no joy from food for a better part of three weeks.’

Rita was also ‘so nauseous, she had to crawl on the floor from the bed to the facilities.’

Meanwhile, Ron’s wife has mostly recovered from the virus, but she still sometimes had ‘odd feelings’ that might stem from it.

‘There’s a long tale of occasional little odd feelings, and stomach and headaches. She’s navigating it but it’s there. It still seems to be there.’

The One Show airs weekdays at 7pm on BBC One. 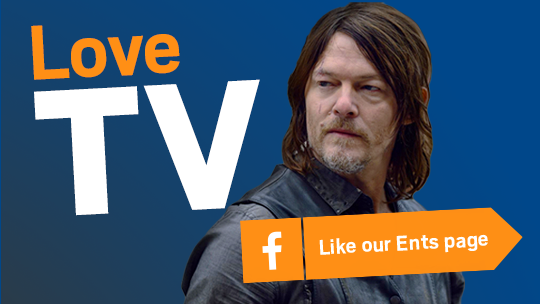 Baby gorilla rejected by mother is hand-reared by Bristol zookeepers

Social media must do more to combat online abuse – Sterling

Jennifer Lawrence says she was a Republican before Donald Trump