ROBBIE Williams has announced he will be headlining Radio 2 Live in Leeds.

Available from ticketmaster.co.uk, you can buy them now.

Revellers will be able to see Robbie alongside other big names including George Ezra, Kaiser Chiefs and Nile Rodgers & Chic.

The two day event takes place September 17 and 18, with Robbie; accompanied by a 56 piece BBC Concert Orchestra, performing on the Sunday.

In a statement, Robbie said: “I’m thrilled to be performing at Radio 2 Live at Leeds with my band and the legendary BBC Concert Orchestra in September. I’m really looking forward to seeing you all in Leeds”.

And more names have been announced, including Take That bandmate Mark Owen, will perform on the main stage that Sunday too.

Elbow, Tears for Fears, and Simple Minds will perform Saturday – so you can expect big things.

Robbi’s latest album XXV is due for release on September 9 and features old favourites such as a new version of Angels, Let Me Entertain You, She’s The One, Feel and several new tracks including new hit Lost, and Disco Symphony, More Than This, and The World And Her Mother.

So if you fancy seeing Radio 2 with Robbie Williams, you can get tickets here.

Here’s how to get Kid Cudi 2022 world tour tickets.

The Vamps have announced a 10th anniversary tour, and tickets are going live very soon.

Pet Shop Boys announce 2023 tour and here’s how you can get tickets.

Want to find more savings on your online shopping? Then head to Sun Vouchers where you can get discounts and voucher codes on hundreds of top retailers including B&Q, Boots, Iceland, Lookfantastic, Dunelm, adidas and more. 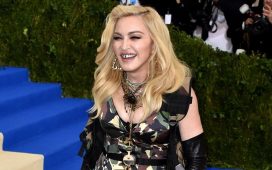