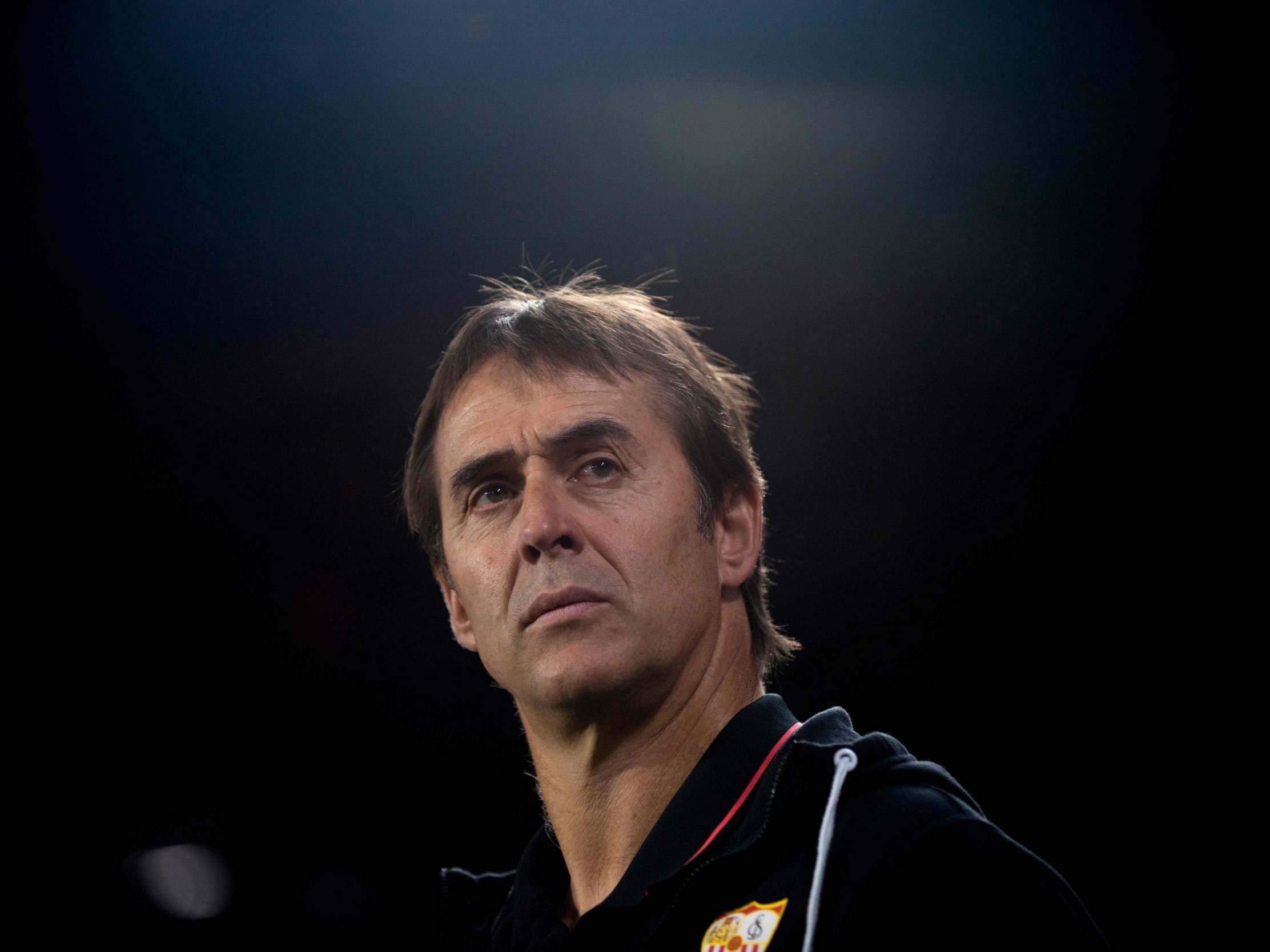 Barcelona are spending La Liga’s winter break two points ahead of second placed Real Madrid, but the biggest story towards the top is Julen Lopetegui having guided Sevilla to third spot as the season reaches its halfway point.

With most of the recent focus on the top two, especially due to late December’s re-arranged Clasico at the Camp Nou, Lopetegui and his super pragmatic side have quietly gone about their business, and spent Christmas two points ahead of fourth placed Atletico Madrid.

Sevilla finished the calendar year with a typically dogged 2-0 win at RCD Mallorca, where they were outplayed at times against a team battling against relegation. But a header at a corner from centre-back Diego Carlos and Ever Banega’s penalty, both awarded after borderline VAR calls, saw them become just the second team to have won at San Moix all season.

“I’m delighted with the attitude and the application of the lads,” said Lopetegui afterwards. “Despite the difficulties they faced, they kept going. Better and worse times are still to come, but the important thing is to know how to lift yourself up when you fall. This is what the team has shown.”

It was not the first time in 2019/20 that Sevilla had come through adverse moments in games to emerge with a victory. Lopetegui has quickly and impressively instilled a real hard core mentality in his side, despite only joining last summer and building an almost completely new team.

The Rojiblancos have 20 points in total from their first 10 away La Liga games – with six wins, two draws and just two defeats – the best road record of all 20 Primera Division sides so far.

Things were very different last season, when Sevilla took just four points from their first 10 away games. That was the Andalusians’ worst record in the 21st century, and then-coach Pablo Machin was soon to be sacked after just nine months in the job.

Such problems away from home were nothing new for Sevilla, who with Unai Emery in charge in 2015/16 went a whole La Liga season with zero wins on the road. That team was capable of big one-off performances at home to any opponent – but also of surrendering limply when things were not going their way in front of opposition crowds.

Lopetegui’s Sevilla are made of sterner stuff – and have kept five clean sheets in their 10 away games so far. Given their proximity to the top two, who have both shown weaknesses through the first half of the season, Banega was asked after the Mallorca win whether such results could backbone a title challenge.

“A few years ago, we were one of the worst teams away from home, and now it’s the opposite,” long-serving Banega responded. “We need to keep going, but doing so with humility and respect to all opponents. We’re going to go for everything, but it’s not yet healthy to talk about our big objectives.”

Plausible talk of such ‘big objectives’ makes for a change around the Sanchez Pizjuan, where the last few seasons have been unusually turbulent. After Emery left in June 2016, Sevilla had six managers in less than three years – with an array of contrasting characters from Jorge Sampaoli to Vincenzo Montella to Machin failing to get to grips with the idiosyncrasies of the city and the club.

Sporting director Ramon ‘Monchi’ Rodriguez leaving for Roma in 2017 also contributed to the feeling of drift at Sevilla. That turned out to be a chastening experience for Spain’s foremost wheeler and dealer, who was unable to repeat his success in the Italian capital. Returning to his club last summer, Monchi was busier than ever, with 43 players either coming or going, almost €160m spent, and just over €100m recouped.

Tasked with gelling together an entirely new team, Lopetegui focused on the basics. This season’s Sevilla have been really hard to break down, conceding just 17 goals in their first 18 La Liga games of the season. €15m summer pick up from Nantes Diego Carlos and either French youngster Jules Kounde or Portuguese veteran Daniel Carrico have formed a pretty impregnable base at centre-back. Experienced holding midfielder Fernando, once of Manchester City, offers excellent protection.

That provides the platform for Banega to go to work constructing the play, with the veteran Argentine having the most passes completed (1020 of 1186 attempted) of any midfielder in La Liga so far this season – ahead of even Madrid’s Toni Kroos or Barca’s Sergio Busquets.

Dutch striker De Jong is important for Lopetegui for his pressing and hold-up play, but has scored just two of his first 33 shots in La Liga. Instead goals having come at different key moments from unexpected places, including Argentine winger Lucas Ocampos, ex-Eibar midfielder Joan Jordan and former City forward Nolito. None are galactico names, but neither do they have the over-size personalities that Lopetegui had trouble organising and motivating at Madrid.

The 53-year-old has also looked more relaxed during recent months than during his time at the pressure-cooker Bernabeu, where the manner of his arrival from the Spain national team just before the 2018 World Cup predestined him to failure. Still not exactly laugh a minute in his dealings with the media, he looks more comfortable in his own skin at Sevilla.

“In your career there are moments of more joy, and less joy, more frustration, and less,” Lopetegui told El Pais in one of the few interviews granted since arriving in Andalusia. “But everything that has happened to me so far is positive. And the best is still to come.”

Sevilla’s next away trip in La Liga, on 18 January, brings Lopetegui back to the Bernabeu. The proud Basque is not going to admit it in public, but he would very much like to show his former employers, and especially club president Florentino Perez, that they were too hasty in jettisoning him so early.

Madrid have also been blowing hot and cold lately, and went into the winter break disappointed by three straight draws in La Liga during which they scored just one goal. Zinedine Zidane’s side were pretty fortunate to get a 1-0 victory at the Sanchez Pizjuan in September’s reverse fixture, a game which could have gone either way, so another tight 90 minutes looks likely.

Few people outside the Sevilla camp really think that Lopetegui’s side can hang in there and win what would be only the club’s second La Liga trophy, with the other all the way back in 1945/46. But even being involved in a title race at this point for the first time in over a decade is an achievement in itself.

The Europa League also offers Sevilla a more familiar route to a trophy, with the three-time winners having eased through a relatively handy group in the autumn, and the last-32 draw bringing a straightforward-looking tie against Romanians CFR Cluj.

It all means that, after a difficult couple of years, Lopetegui is starting 2020 in a much better place. “Julen is a coach who needs a success,” Monchi said accurately in July, while his own need to move on from the Roma failure is also clear.

The way Sevilla ended the year suggests they are both heading in the right direction.