Arsenal legend Ray Parlour believes it is essential that Unai Emery includes Mesut Ozil in his starting lineup for Wednesday’s Carabao Cup tie against Liverpool due to the creativity the 31-year-old can offer.

Ozil has been a peripheral figure at the club so far this season, making just two appearances, and he has not played a minute since Arsenal’s 5-0 win over Nottingham Forest in the Carabao Cup last month.

But Gunners supporters sang in favour of the player during the fractious 2-2 draw with Crystal Palace on Sunday, and Ozil has been included in the squad to face the Premier League leaders at Anfield.

Speaking on Sky Sports’ The Debate, Parlour said he felt the time was right for Ozil to return to the team.

“I think the fans are little mystified on why he has been left out,” Parlour said. “I don’t know the real reasons because we don’t see him in training, we don’t see his attitude.

“For me, when I was left out, I made sure I worked really hard in the next week to try and get back into the side. Whether he has gone there and he’s taken it easy but the fans were singing his name against Crystal Palace.

“He’s still got lots to offer, he’s a quality player and I think creativity in the midfield area is lacking a bit from Arsenal’s point of view.”

Progression in the Carabao Cup would go some way to appeasing Arsenal fans, who booed the team off following their 2-2 draw with Palace on Sunday.

The Gunners have endured an up-and-down start to the season, but have won all their games in cup competitions so far, scoring an impressive 15 goals in the process.

They will rest a number of key players against Liverpool, however, with the likes of Pierre-Emerick Aubameyang and David Luiz not included in Emery’s squad. 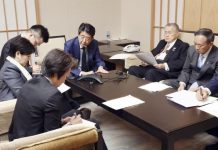 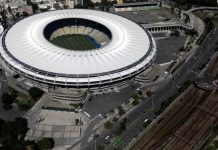 'I miss hugging the people I love' – Arteta on coronavirus recovery