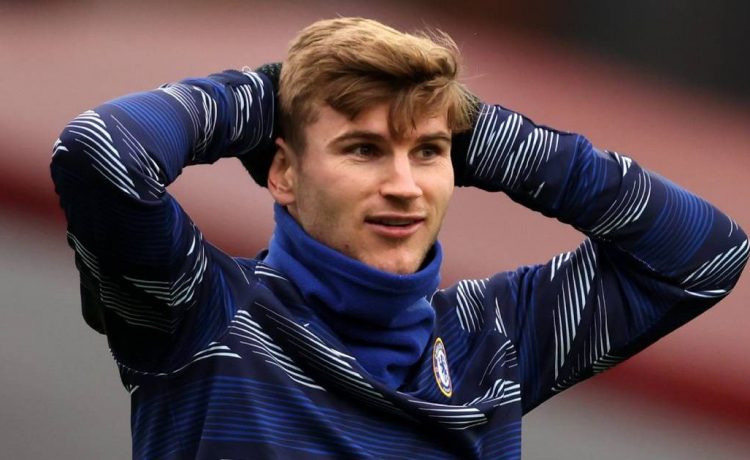 Tottenham hero Rafael van der Vaart launched into a bizarre attack on Chelsea forward Timo Werner, claiming the £53million man has been playing like a “blind horse” during his first year at the club.

Werner has struggled to settle at Chelsea since joining from RB Leipzig last year.

The German striker signed after the Blues triggered his release clause in order to pip Liverpool to his signature.

Since signing, however, Werner has managed just five goals in 29 Premier League appearances, and has struggled to fit in at Stamford Bridge.

And Van der Vaart tore into the German during a rant over Chelsea’s current playing squad.

Discussing Chelsea’s attacking options, he expressed that he feels Mason Mount needs to “take a step up”, and that Hakim Ziyech is the best of Chelsea’s playmakers.

Ziyech, like Werner, has struggled to settle and has been used as a bit-part player under Thomas Tuchel.

But Van der Vaart saved the strongest of his criticisms for Werner, who he claimed has been “a blind horse” since his days in the Bundesliga.

“I would always play Ziyech because he is the best,” he said, as reported by Sport Witness.

“Ziyech comes inside and also gives the cross, just like Mount. Giroud needs that.

“He [Werner] is super-fast, and that might be nice in an away game when you’re under pressure, but it’s just putting your head down and running around.

“Mount is a great footballer, who I do think needs to make a step up.

“I compare him a bit to Calvin Stengs: you have to become a bloke.

“Werner is really a blind horse. He has already proven that in Germany.”