Pushing Buttons: Video games have always been queer – here are my favourites


Welcome back to Pushing Buttons, folks. In case you’re wondering where I’ve been, I was on secondment from video games for a week covering Glastonbury. Thankfully, a decade-plus of E3 coverage prepared me well for the fragrant crowds and inevitable liveblogging tech issues. Thank you to our ever-brilliant games correspondent Keith Stuart for covering for me while I screwed my head back on after the festival.

Pride events took place in London last weekend, and among the million people lining the streets for the event’s 50th-anniversary were parade contingents from PlayStation, Microsoft and Square Enix, among other game publishers and developers. Thanks to the industry’s entirely warranted reputation for toxicity, people might not think of video games as a particularly gay-friendly medium – but they have kind of always been queer, to borrow the title of academic Bonnie Ruberg’s book. I am one of millions of queer people who has found community through games: 21% of the UK’s video-game workforce do not identify as straight, according to survey by industry body UKIE (the Association for UK Interactive Entertainment).

In honour of all the LGBTQ+ talent working in the games industry, and because queer people don’t suddenly stop existing when Pride month ends on 1 July, I wanted to share a few of my favourite queer storylines in video games. While it is by no means an exhaustive list, here are some of the games that have moved me or made me feel seen over the years.

The Last of Us: Left Behind

Until this title came out in 2014, most gay romances I’d seen in games were either implied or optional. Sure, you could romance a same-sex character in Mass Effect or Dragon Age; you could get your same-sex Sims married; a few characters in games were obscurely queer-coded, or had implied relationships. But The Last of Us: Left Behind was the first blockbuster game that showed me not only an authentic-feeling friendship between two teen girls, but what happens when that friendship becomes something more. It blew my mind at the time to see this story in a video game. I wrote about it for IGN when it came out; it was one of the first times that had I worked up the courage to write explicitly about queer themes in games, and how important they are to those of us who never really saw ourselves in them.

Queers in Love at the End of the World

I could easily write a couple of thousand words about the impact that transgender indie game designer Anna Anthropy had on the gaming scene of the early 2010s. I had never played anything like Dys4ia – a collection of experiential mini-games about transition. The first time I played Queers in Love at the End of the World – a 10-second-long text game about the force and purity of queer love, about what we would do and what we would say to each other if the world were about to end – I was at a work event where it was housed in an arcade cabinet, and I had to take a moment away from all my colleagues because it made me cry.

I hope this isn’t a spoiler, given that this game is almost a decade old, but I was convinced that Gone Home’s story of a secret romance between teen girls would end in tragedy. I’d been conditioned by the TV shows and movies of the 1990s and 00s, where gay characters usually ended up dead or miserable. So I was relieved and moved by its joyous ending. Gone Home is influential for a few reasons: it was part of a wave of indie games that asked questions about how games tell their stories and answered those questions in its own way. It’s the handwritten notes and mixtape sleeves that I remember most fondly, though.

This haunting, ethereal coming-of-age story takes place in rural Ireland in the 90s. You experience it through reading and erasing the pages of the protagonist’s diary. Kasio is transgender, and in the process of figuring herself out – as are all her friends. They’re in a stage of life that we all remember well, queer or not. If Found… has such a strong sense of place and time, and the hand-drawn art makes it feel real and lived.

Did you expect that a game about the Greek gods would not be super gay? Hades is one of the best roguelikes ever made, in my opinion – a game about trying to escape hell as Zagreus, the son of Hades. After every failed attempt, he ends up back in his father’s chambers in the underworld, but what makes it so easy to persist with Hades is its brilliantly entertaining interpretations of characters from Greek mythology, most of whom are fabulous. And Zagreus himself can romance three characters of different genders, all at once if he likes, like the bi-polyamorous sex god that he is.

Recently mysterious anime-inspired speedrunning game Neon White have been bigged up. I’m a sucker for a game that defies categorisation, and this is one of them, described as a “game for freaks” by its designer Ben Esposito. Ten white-suited masked sinners have been plucked temporarily from hell to purge some demons for God, and now there’s a competition to decide which one of them gets to stay in heaven. It’s sort of a parkour shooter, but also … a card game? And a visual novel? Watch the trailer and you’ll agree that it’s super-intriguing. It has huge adolescent energy, in a good way.

A question from reader Lawrence: Can you recommend a JRPG that isn’t turn-based? I have enjoyed Kingdom Hearts combat but could do with a little less Disney!

I do not have a life that allows time for Japanese roleplaying games any more, but they were once one of my favourite genres – the last one I finished was Persona 5. So I canvassed some more time-rich friends for some up-to-date recommendations. They came up with existential cult classic Nier Automata; sprawling, grandiose anime-influenced Bandai Namco epic Tales of Arise; or last year’s ambitious, stylish sci-fi action RPG Scarlet Nexus, starring a bunch of well-dressed telekinetic fighters. Enjoy! 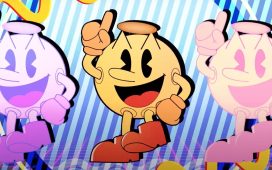 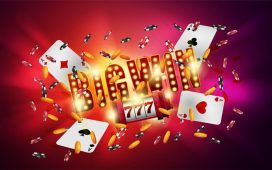 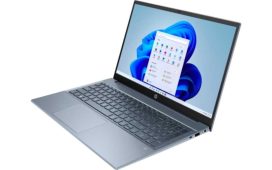 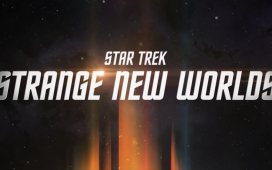 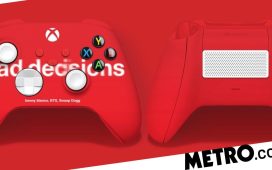 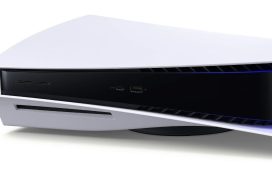 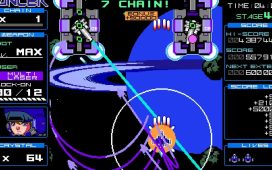