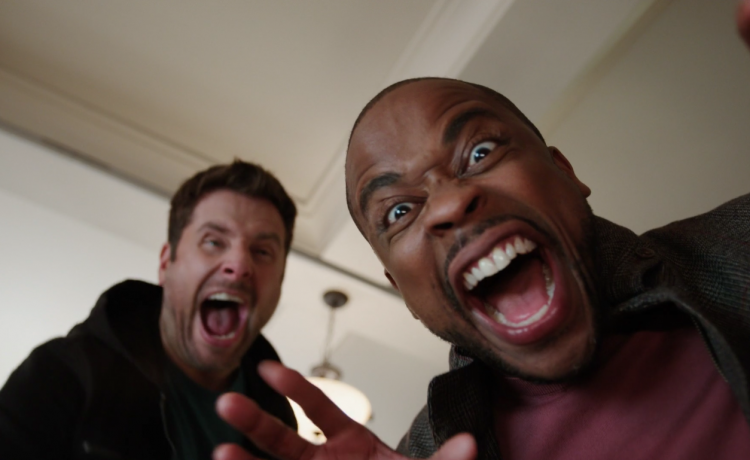 Shawn’s excuse to Detective Buzz McNab (Sage Brocklebank) for being in Santa Barbara is that he forgot a frisbee signed by German writer/director Florian Henckel von Donnersmarck.

Shawn’s first reaction to Jules potentially being pregnant: “You know the windows in the loft don’t even fully close, right? I’m gonna have to replace them, otherwise this is Baby’s Day Out all over again.” As Gus reassures him, he always did get worked up over John Hughes’ worst idea.

At the old Psych offices, Shawn pulls out the jousting lance from “100 Clues”—as well as a pineapple! He looks about to ask, “Should we cut this up for the road?” (his question during the pineapple’s first appearance in the pilot, plus at the end of Psych: The Movie) but stops himself.

When Lassie believes that fellow patient Mr. Wilkerson (Kadeem Hardison) has been walking around, Shawn and Gus have to go “full Dirty Rotten Scoundrels” to interrogate the supposedly catatonic patient.