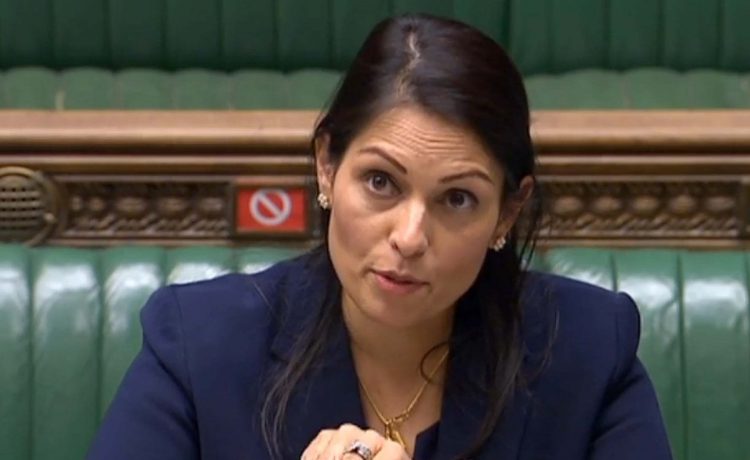 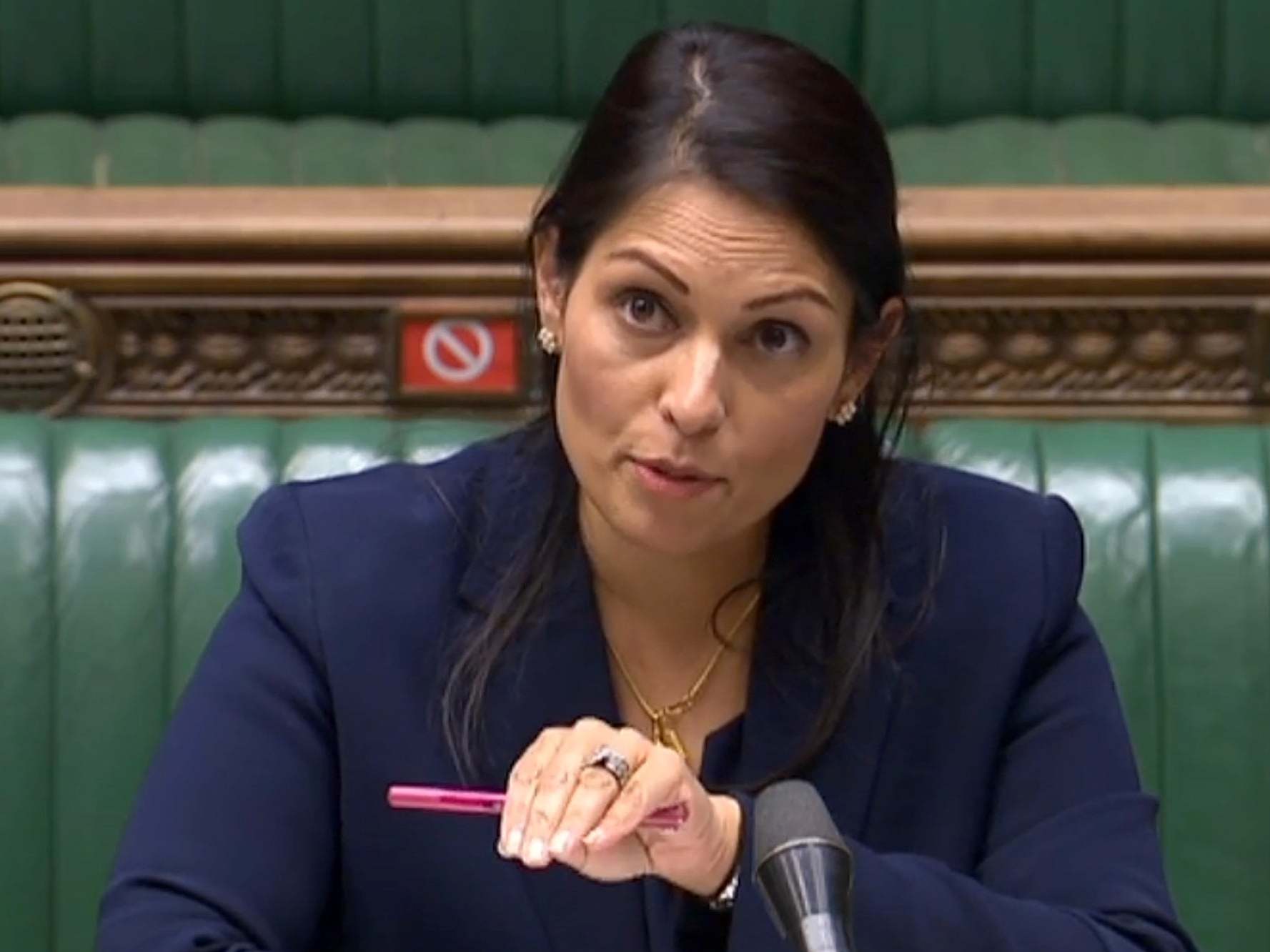 The home secretary will propose new laws against foreign interference amid a storm over Russia‘s influence in the UK.

The Intelligence and Security Committee (ISC) this week warned that successive governments “welcomed the oligarchs and their money with open arms” and allowed them to forge “connections at the highest levels with access to UK companies and political figures”.

Priti Patel has responded, telling The Daily Express she is working on a bill which will bring tougher sanctions against spies and their states.

She said: “Security is what we are about – protecting our people, our country, our state.”

A former head of international terrorism intelligence at the cabinet office welcomed the news, saying the UK’s guard against Moscow “has increasingly dropped”.

Richard Kemp wrote in the Express: “Vitally important now are robust measures not only to defend against Russian aggression but to allow our security services to take the offensive against their depredations.”

The interview comes days after the ISC released a long-delayed report which argued the UK had “underestimated” the threat posed by Moscow.

Ms Patel said the report was out-of-date and Britain had since improved its position.

“When it comes to our adversaries, we are much stronger than we were. I think it is really important for your readers to know that.

Earlier, the UK accused Russia of launching a projectile “with the characteristics of a weapon” during a satellite test, warning that it could “threaten the peaceful use of space”.

It marked the first time the Ministry of Defence has called out Russian activity of this sort.

The US also condemned the action, describing the event as a test of an anti-satellite weapon.

Mr Temerko, who has donated more than £1m to the Tories, said his wealth gave him influence in the City but not Westminster.

Mr Temerko, who has an energy business, was born in the former Soviet Union but is now a British citizen.

Asked about the influence wielded by Russian-linked individuals like him in the capital – dubbed “Londongrad” in the ISC report – Mr Temerko said: “Influence where? In the City, it is quite significant – in energy sector, yes quite significant but on a political level, zero.”

In an ITV News interview, he denied buying influence with his political donations, saying that to discuss his company with government officials would be “very inappropriate behaviour” and “impossible”.

Mr Temerko said he was “absolutely” an enemy of Russian president Vladimir Putin.

He said: “I’m sorry, but we have a law a rule in our party that we don’t take foreign donations.

“But, what I don’t like to see is people automatically assuming everybody who is associated with some country or other is in someway untouchable – we are not a racist country.

“We are a generous, welcoming, international, outgoing country.

“That’s the way we should be.

“Donations from foreigners are illegal and they should be handed back, but that I don’t think is what we’re talking about here.”

The Times reported that 14 cabinet ministers and members of the ISC had taken money from figures linked to Russia.

It listed Brandon Lewis, the Northern Ireland secretary, as having personally received £25,000 from Lubov Chernukhin, a banker and the wife of Mr Putin’s former deputy finance minister, and £23,000 from Mr Temerko.

Other cabinet ministers said to have accepted money, either personally or to their constituency branch, from the two Russia-linked individuals include Rishi Sunak, the chancellor, Alok Sharma, the business secretary, and Robert Buckland, the justice secretary.