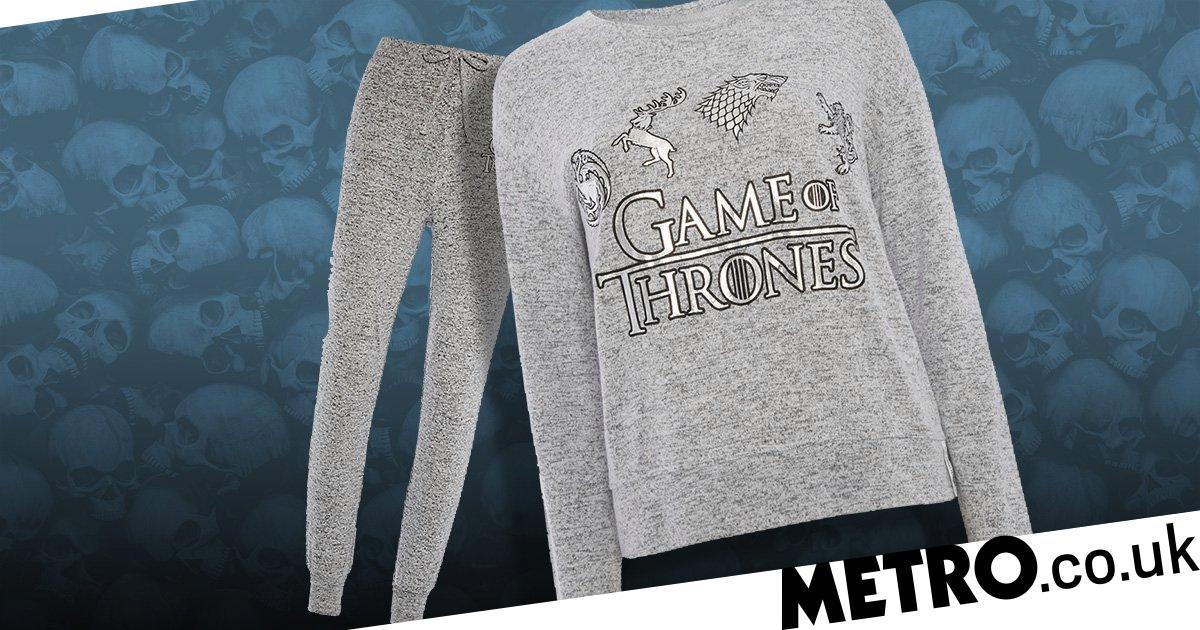 If you’re a Game of Thrones fan then you’ve probably been waiting eagerly for the last season, or perhaps not if you don’t want it to end.

The HBO series loved by people all over the world has many a cool merchandise, from dragons eggs for Easter, to an Urban Decay make-up collection, and even GOT-themed bath bombs.

And now Primark is offering Game of Thrones-themed pyjama tops and bottoms.

Fans of the show can get comfortable and slip into their jammies as they prepare to watch the final six episodes as characters take on the Night King and his army of White Walkers.

The new nightwear comes in a grey long-sleeved top and lounge bottoms and come in grey marl.

And you can chose between the logos of four of the main houses – Targaryan, Baratheon, Stark and Lannister.

We know you’re pretty much planning to binge watch all of it anyway, so you might as well look the part.

Both the top and bottom are priced at £10 which might be considered a bit more expensive than Primark’s usually cheap and cheerful prices but hey at least you’ll be showing your commitment to the world of Westoros.

Though these are the latest garms in the budget retailer’s range, they’re not the only ones.

Primark has previously sold other Game of Thrones-themed nightwear that even the Khaleesi might wear to bed.

And of course, they included the words ‘you know nothing, Jon Snow’.

The ensemble is already out in stores and an image of the set was uploaded on Facebook by deal-finder Ashleigh Money Saver on Facebook.

So if it sounds like just the thing you want to be decked up in as you prepare for season eight, you might want to hit stores soon.

MORE: Teen with vitiligo lands first modelling job with Primark after Gap ‘turned him down’