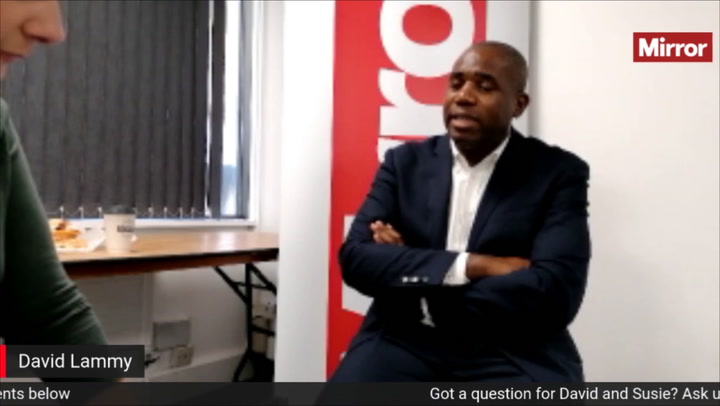 Keir Starmer has until Christmas to start announcing what Labour would do in Government, senior party figures have warned.

Shadow Justice Secretary David Lammy admitted the party needed to begin fleshing out policies within months in order to fight a general election next year.

He told the Mirror’s Labour News Agenda that leaving the promises to an election campaign was too late.

“I think we will have to accelerate that up to about Christmas, and I say that because there are some rumours we might be having a general election next year, and we have to be ready,” he said.

“The public have to kind of hear about Labour policy long before it’s in the manifesto.

“One of the problems we had at the last general election is that we were announcing things like free broadband and a 4 day week and they were like, ‘hang on, I didn’t know about that, how is that costed, I didn’t ask for that’ and we don’t want to be in that situation again.”

It comes as party figures piled pressure on the Mr Starmer to show the country what Labour stands for.

Greater Manchester Mayor Andy Burnham, who has been tipped as a future leader, told a fringe event that Labour needed to become “doers rather than sayers”.

Mr Burnham went on: “Deeds rather than words as the famous suffragettes from our city said.

“Buy into devolution and you can start doing deeds and not words. And it makes politics more meaningful for people.”

He added: “We’ve got to win hearts and minds back in the north. We’ve been pushed a little outside.

“The party has’t yet decided what it’s really doing about English devolution.

“It needs to decide. The north of England is a bit of life raft for the Labour party.”

Dan Jarvis, who is stepping down as Sheffield City Region Mayor next year, said Labour needed to be clearer on its offer to voters to win back former Red Wall seats.

“The reality is that the levelling up agenda is underpinned by smoke and mirrors. There isn’t a plan, there isn’t the transformative resources in place,” he told a conference event.

“I think we need to be clear about what’s our story, what’s our offer to the people in the north of England?”

To win back seats that fell to the Tories in the former Red Wall, he said Labour needed to be clearer on its offer to voters.

Mr Jarvis said: “We need to go into the next general election and be clear about what we stand for, to make sure they trust us on those big issues about which they previously had a thousand concerns, and have a very clear retail offer about the kind of investment we are going to put into the north of England.”

He said he was “optimistic we can make very significant progress” – as he said voters in the north had “buyers’ remorse” over backing Boris Johnson in 2019.

Mr Jarvis, who has been touted in the past as a possible leader, said he wouldn’t mind a return to the front bench.

“I want to do my bit from parliament, supporting the leader, hopefully on the front bench if he (Mr Starmer) offers me a job,” he said.

Senior Labour figures have told the Mirror they believe this week is a “make or break” moment for Mr Starmer as he attempts to show the country what he stands for.

His aides insisted he had already shown steel by pushing through radical changes to internal rules and could now turn his gaze outwards to the country.

But London Mayor Sadiq Khan said Labour needs to stop internal fighting to have a chance of winning the “real prize” of power at the next general election.