Borussia Dortmund chief executive Hans-Joachim Watzke says the club have rejected an approach for Jadon Sancho and the Daily Mirror believes it could have been from Man Utd. The 19-year-old winger is one of Europe’s hottest properties and last season broke into the England side after flourishing in Germany. The Mirror says that United are one of Sancho’s most ardent suitors, along with Real Madrid, and a price tag of £100m has been mooted for the teenage sensation.

In conversation with the German media, Watzke said: “One of the super clubs asked me back in spring if there was a chance [to sign Sancho] but I told him straight away he should forget about it.”

Nonetheless Watzke hinted that he could be set to leave Dortmund next year. “When you have a player like Jadon Sancho, you must reassess the situation every single year,” he explained. “Everything else would not be honest. If a foreign player is not convinced that the club is right for him at the exact time, it just does not make any sense.”

The Neymar soap opera rumbles on as BBC Sport claims that Paris Saint-German have knocked back bids from both Real Madrid and Barcelona for the wantaway Brazilian. Apparently the Catalans “offered 100m euros (£92.4m) plus Philippe Coutinho”, but the French champs declined the deal. Real, meanwhile, “have put forward a deal that includes money as well as Gareth Bale and James Rodriguez” but that, too, was rejected. The Beeb claims that PSG asked for Vinicius Junior as part of the transaction but Real did not respond favourably to their request.

Another player who Man Utd failed to land in the summer transfer window was Newcastle midfielder Sean Longstaff, and according to The Sun the 21-year-old is in talks with the Magpies over a new deal “that would triple his weekly wages”. Currently pocketing a pittance of £25,000 each week, the playmaker wants the club to show him the money and the Sun claims his wages are set to rise a more respectable £80k. And might Newcastle also insert a hefty release clause into Longstaff’s new contract, now that they’re aware of Ole Gunnar Solskjaer’s interest? Apparently United “were willing to offer about £20m” but the paper says that should they come back next year then Longstaff “could cost them £70m”.

While his former Liverpool teammates were winning the Super Cup in Istanbul last night, Daniel Sturridge was also in Turkey, sorting out his imminent move to Trabzonspor. The Sun says that the England striker “will be offered a two-year deal worth £2.8m a season, with the option of an extra 12 months”.

Man United misfit Alexis Sanchez is looking for a way out of Old Trafford before the transfer window shuts. Italy has emerged as the most likely destination for the Chilean, who has failed to make an impact at United since joining from Arsenal. Juventus, Napoli, AC Milan and Inter Milan are interested in signing Sanchez. None of them are willing to offer a big transfer fee for the 30-year-old, and an initial a loan deal with a view to a possible future transfer seems likely. For their part United are anxious to be shot of Sanchez, who is being paid £500,000 a week. (The Times)

Fernando LLorente appears to have cut his ties with Spurs after ignoring their offer of a new contract. The veteran striker, 34, was released at the end of his £100,000-a-week deal at the end of June but Spurs did not announce his departure, after offering him the chance to sign on for another year on reduced terms. However, the club has not heard from the former World Cup winner or his representatives for several weeks. The Spaniard is being courted by several Italian teams, (Evening Standard)

Arsenal midfielder Mohamed Elneny could be on his way out of the Emirates. According to reports in Turkey Galatasaray held talks with Arsenal representatives in London last week regarding a loan move for the Egypt international. (Football.London)

Dybala no closer to Juve exit

Manchester United and Spurs may get another chance to sign Paulo Dybala in January after Juventus admitted they were no closer to offloading the striker. Deals to bring the Argentine to the Premier League failed before the English transfer deadline, but European rivals are still able to do business. Juve are open to letting the Argentina striker leave this summer, but would like to secure a replacement before sanctioning a sale, and say his exit is no closer. (Sky Sports) 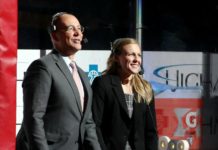 Harriet Dart to use Simona Halep match as yardstick of development