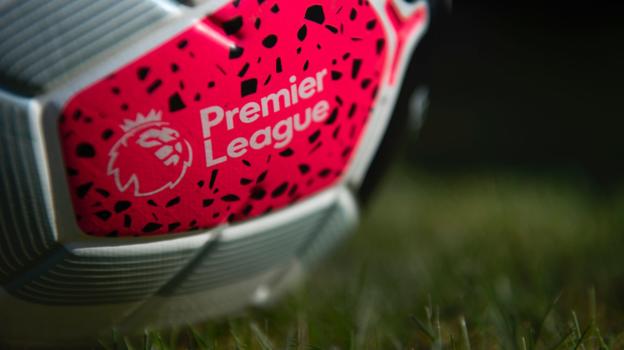 Premier League clubs are living in a “moral vacuum” and players should be first to sacrifice salaries during the coronavirus pandemic, say politicians.

Julian Knight, the chair of the Digital for Culture, Media and Sport committee, has condemned the actions of some Premier League clubs, who have furloughed non-playing staff.

Tottenham, Newcastle and Norwich have opted to utilise the government’s job retention scheme during the pandemic.

“It sticks in the throat,” said Knight.

“This exposes the crazy economics in English football and the moral vacuum at its centre.”

Mayor of London Sadiq Khan told BBC Radio 5 Live that top-flight players should be the ones to “carry the burden”.

“My view is always that those who are the least well-off should get the most help,” he said.

“Highly paid football players are people who can carry the greatest burden and they should be the first ones to, with respect, sacrifice their salary, rather than the person selling the programme or the person who does catering or the person who probably doesn’t get anywhere near the salary some of the Premier League footballers get.

“It should be those with the broadest shoulders who go first because they can carry the greatest burden and have probably got savings, rather than those who work in catering or hospitality who have probably got no savings and live week by week and who probably won’t get the [government] benefits for five weeks.”

The Coronavirus Job Retention Scheme means the government will pay staff placed on furlough – temporary leave – 80% of their wages, to a maximum of £2,500 a month.

Knight is concerned that the scheme is not being used in the appropriate way.

“This isn’t what it’s designed for. It’s not designed to effectively allow them to continue to pay people hundreds of thousands of pounds, while at the same time furloughing staff on hundreds of pounds,” said the MP for Solihull.

“I don’t know whether or not the Treasury can legally turn down these applications.

“But at the same time I think football needs to have a good, long, hard look at itself and see whether or not morally this is really right and whether or not actually what they need to do is come to an arrangement with some of their stars so they can continue to pay their [non-playing] staff 100% of their wages rather than furloughing them on 80%.”

While some clubs have opted to use that scheme, a number have taken other steps to reduce their costs while football is suspended during the pandemic.

Players at Championship leaders Leeds United have already volunteered to take a wage deferral while Birmingham City players who earn more than £6,000 a week have been asked to take a 50% cut for the next four months.

In Europe, Barcelona players have taken a 70% pay cut while Juventus players and manager Maurizio Sarri have agreed to freeze their pay for four months.

However, Lord Mervyn King, former governor of the Bank of England, says Tottenham’s decision is fair, and Brighton & Hove Albion chief executive and deputy chairman Paul Barber says he can understand why clubs such as Spurs would furlough staff.

Brighton have committed to playing all matchday staff until the end of the season but Barber says he cannot rule out having to make cuts.

“It’s a very difficult time for everybody and I can fully understand why people think that the football industry and particularly the Premier League has got a lot of cash,” he told BBC Radio 5 Live.

“In many cases that’s not the case, it’s a bit of a myth, but what we have to do is protect jobs.

“We’re doing whatever we can to do that and that’s the priority at the moment for just about every industry in the country, including ours.”

Premier League and English Football League clubs are set to discuss a collective wage deferral agreement at a meeting with the Professional Footballers’ Association on Wednesday.

This has the potential to turn into one of the gravest PR disasters in the Premier League’s history.

Many are now asking whether the government’s taxpayer-funded job retention scheme was really designed for clubs who – in the case of Spurs for instance – have profits of £68m, a Bahamas-based owner worth £4bn, a chairman paid £7m, and players who, on average, earn £70,000 per week.

Government sources indicate the scheme is open to all businesses and it is up to individual clubs to decide whether to apply. But by furloughing non-playing staff while continuing to keep squads on full pay, Spurs, Newcastle United and Norwich City have provoked an inevitable outcry, and also put major pressure on players – and the PFA – to agree to a deal that would see players have their pay deferred or even cut – as has happened at clubs in Europe.

The PFA is wary of the risk that some clubs may cut pay, only to then make transfer signings rather than reimbursing their staff, and want a collective agreement rather than unilateral action, as has been seen at Leeds and Birmingham.

This is undoubtedly a complicated dilemma for the sport. The PFA has to consider the interests of players outside the top two divisions who do not earn fortunes, and it has asked the Premier League and EFL to come up with financial data for clubs so it can determine which are most in need of help from players.

And as agents will no doubt point out, players’ contracts must not be breached. But unless clarity and compromise soon emerges from this week’s talks, the risk is that much of the good work that football clubs are doing to help their communities in this crisis could be overshadowed.