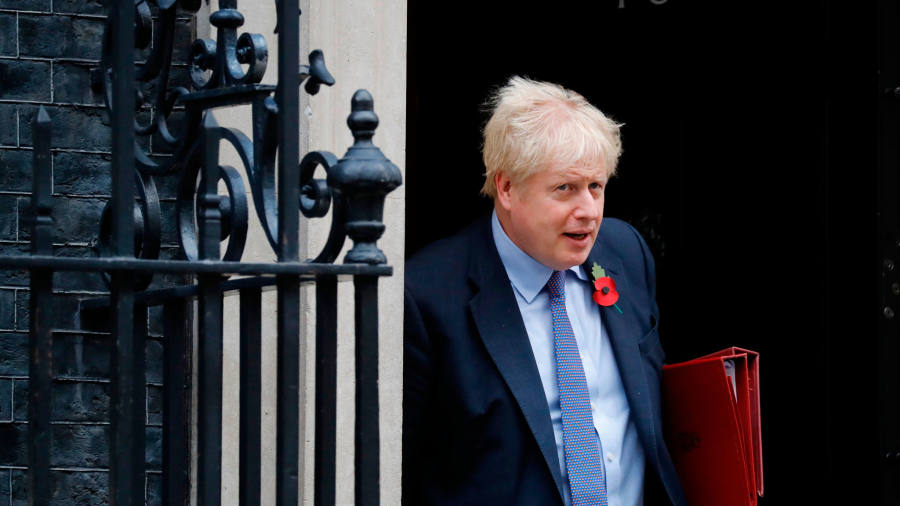 Sterling is heading into the uncertainty of a British general election campaign having enjoyed its best month in more than a decade.

The pound had risen more than 5.5 per cent against the US dollar so far this month, its best performance since a near 10 per cent jump in May 2009.

Naturally, Brexit has been at the heart of the move.

A disorderly no-deal exit from the EU has always been the biggest risk to the currency, but the chances of that evaporated along with investors’ short bets as Boris Johnson struck an unexpected deal with the EU.

A month of fast-moving political developments has seen sterling jump from around $1.22 to touch $1.30, but its progress is now complicated by the British election.

Goldman Sachs has closed its recommendation to bet on a rise in the pound since the election was called, in a “tactical retreat” amid the rising political uncertainty. The US bank said it would look to reopen the trade if the election results in a “clear path ahead” for the Brexit process.

For many in the market, a Conservative majority would offer a clear way ahead over Brexit and at least a temporary reprieve from the extended uncertainty which has gripped British politics and markets.

The pound rose on Thursday after an exit poll from Ipsos Mori for the Evening Standard newspaper gave the Conservatives a 17-point lead, with Labour stuck in the mid-20s and the Brexit party bleeding support.

Analysts say signs the Brexit party will not split the ‘leave’ vote could boost the pound further. The FT reported this week that Nigel Farage’s party is considering whether to pull out of hundreds of seats.

Karen Ward, chief market strategist for Europe at JPMorgan Asset Management, said this week that if Mr Johnson is able to garner a parliamentary majority that helps him pass the deal he negotiated with the EU it would be a “near-term Brexit reprieve at the same time as a sizeable fiscal expansion in excess of 1 per cent of GDP”.

“Sterling assets would cheer such news,” she said.

Shifts in the options market show investors’ expectations for volatility have come down sharply over the month, but remain at historically elevated levels.

“Sterling volatility has dropped now the risk of a no-deal Brexit over Halloween has receded but with this level of uncertainty it’s likely to remain high,” said Trevor Greetham, head of multi-asset at Royal London Asset Management.