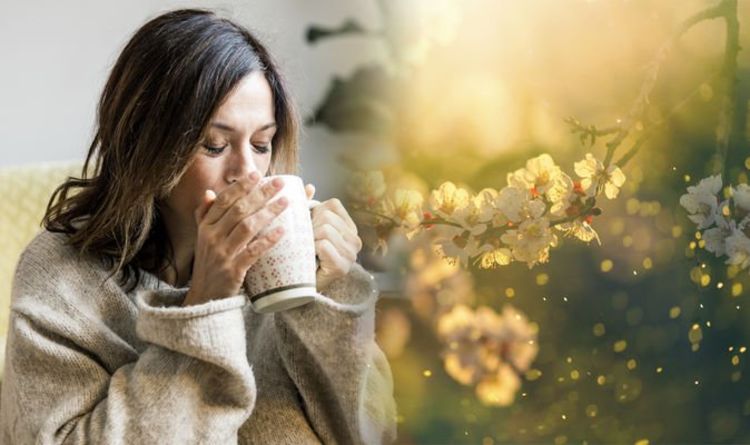 Antihistamine tablets and nasal sprays are recommended by the NHS to relieve hay fever symptoms, but some people prefer to seek the help of more natural remedies.

Tea brewed with stinging nettle could be the answer to keeping hay fever symptoms away.

It should be noted other studies have suggested stinging nettles are equal to or only slightly better at treating hay fever than a placebo.

This suggests more long-term human studies of stinging nettles as a natural remedy for hay fever need to be carried out.

Another tea that’s been shown to help hay fever symptoms is Butterbur.

Butterbur is a plant extract commonly used in alternative remedies.

A 2007 review of existing studies found there is evidence to suggest butterbur may help to treat hay fever symptoms.

But again, the review called for further studies to be carried out to confirm the findings.

A 2010 study identified other natural ingredients that can be made into tea to reduce allergy symptoms.

READ  Vitamin D warning: Pain in this area of the body may mean you’ve had too many supplements

It advises: “Monitor pollen forecasts daily and stay indoors wherever possible when the count is high (generally on warmer, dry days). Rain washes pollen from the air so counts should be lower on cooler, wet days.

“On high pollen days, shower and wash your hair after arriving home and change your clothing.

“Avoid drying washing on a clothes-line outside when pollen counts are high.

“Apply an effective allergen barrier balm around the edge of each nostril to trap or block pollens and other allergens and help prevent a reaction.”

Hay fever sufferers should look out for three things for when they should see a doctor.