After a motorcycle driver absconded from the scene of the crash in Berlin, Connecticut, police were lucky enough to have three eye-witnesses.

As the bike come off the road at a turnpike, three young children saw the driver jump the guardrail and run off into the neighbouring bush.

However, the DIY e-fit may not shed as much light on the man’s identity as the Berlin Connecticut Police Department had hoped.

While Myla, Joyce and Julian co-operated with officers, their impressions of the man are little…fuzzy. Still, officers were nothing if not grateful for the pointers.

In a statement , the police department said: “On 8/13/2019, police responded to a one-vehicle motorcycle crash on the Berlin Turnpike.

“As police were arriving, the operator fled over the guardrail and into the woods. After and extensive search, the man was not located.

“Witnesses, who were playing in the neighbourhood, presented police with suspect drawings. Thanks to Myla, Joyce and Julian for their investigative assistance.

The drawings provided to police show the suspect, who was described by one of the children as the “bad guy”.

They carefully drew his black shirt and shorts and even included blood on his face too.

One of the kids added an extra level of detail by sketching the motorcycle as well as a caption, saying “I don’t know how to drive”.

READ  How I Save: A trainee solicitor with £13,000 saved shares how she spends her money during the coronavirus pandemic

While it may not help police locate the man, it has brought a lot of joy to a lot of people.

Why are you struggling to read books during lockdown?

Muslims Who Fast: Qais, who is supposed to be doing his GCSEs this week, enjoys a stress-free Ramadan

Who was Nicholas Winton? Today’s Google Doodle marks the birthday of ‘Britain’s Schindler’ 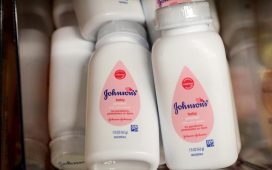