NewsGroove Uk
NewsGroove Uk > Politics > PMQs Sketch: Eyes popping, Boris Johnson looked to the Speaker for help – but Sir Keir Starmer was about to fall from his high horse
Politics

PMQs Sketch: Eyes popping, Boris Johnson looked to the Speaker for help – but Sir Keir Starmer was about to fall from his high horse 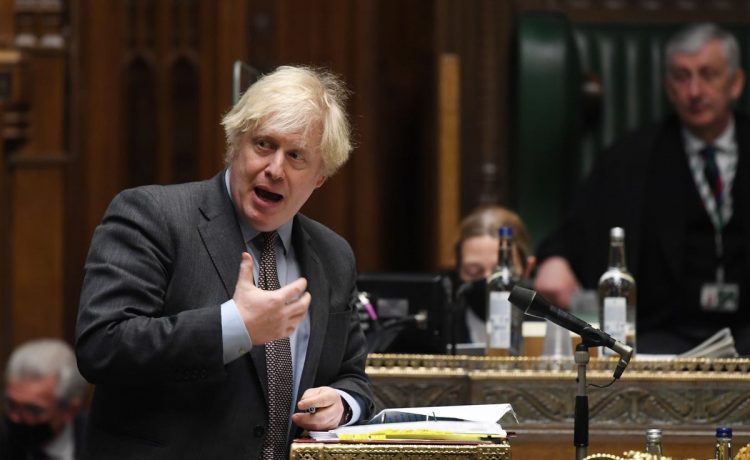 othing cheers up MPs more than seeing a much-admired colleague fall off his high horse.  Today’s downfall was of Sir Keir Starmer – and it was a vintage day for quaffers of parliamentary schadenfreude.

It all started swimmingly for Labour’s leader, back from self-isolation and in need of a good hit after a few bad stories and polls.

He had Boris Johnson in a headlock with one of those super-forensic twisty lines of questioning he is so good at.  It was all about the evidence that scientists on Sage warned about the new South African variant and said only a full hotel quarantine scheme might keep it out. “So why did the Prime Minister choose not to do the one thing that Sage said could prevent new variants coming to the UK?”

Johnson responded that Sage had not actually “recommended” the course of action, exactly the reply Starmer figured he would give.

“I’m intrigued by the Prime Minister’s answer,” mused the former prosecutor peering down his nose with impressive courtroom disdain. “He doesn’t seem to dispute that, he says it simply wasn’t a recommendation. I would ask the Prime Minister to publish the full Sage minutes so that we can see what was said in full.”

The Prime Minister looked cross and blustered that “it is not practical completely to close off this country as he seems to be suggesting”.  First round to the Opposition.

Starmer rose again, with a clever question pointing out that in 2020 only 0.1 per cent of infections came from China, which was subject to restrictions, “whereas 62 per cent came indirectly from France and Spain where there were no restrictions”.  The parallel with Brazil and South Africa, where direct flights have been stopped, was a good one.

Starmer twisted the knife: “Why does the Prime Minister think that the variants of the virus will behave differently and only arrive in the UK by direct flights?”

Johnson hit back that Starmer wanted it both ways, asking for borders to be open for goods and closed to millions of people.  “I think that was what he was saying,” said Johnson in mock confusion.

And then the PM led his opponent into a dark alleyway and mugged him.  “If we had listened to him we would still be at the starting blocks [of the vaccine rollout],” charged Johnson. “Because he wanted to stay in the European Medicines Agency – and said so four times from that despatch box.”

Sir Keir waking up later in a metaphorical A&E unit may have asked himself why on earth he bothered to respond. Why chase the PM down a blind alley?

Alas, he couldn’t resist mounting his highest steed and galloping in. “Complete nonsense,” declared Starmer. Adding a lip-curl of withering contempt, he sniffed: “Don’t let the truth get in the way of a pre-prepared gag.”

Johnson’s eyes rolled in their sockets and almost popped out in disbelief. Tory MPs pointed at Starmer heckling “yes you did”.  Starmer saw it, paused for the merest split second and doubled down, telling the House: “The Prime Minister knows I’ve never said that, from this despatch box or anywhere else – the truth escapes him.”

The PM looked around the chamber amazed, and glanced hopefully to the Speaker to reprimand Sir Keir for effectively calling him a liar.  But Speaker Hoyle looked the other way, which is what happens to ministers who treat the House with disdain when it suits them.

When it was his turn to rise, the PM said with quiet confidence: “May I advise (Starmer) to consult YouTube, where he will find an answer.”

For the rest of the exchange, Starmer pinned the PM about the cladding scandal, an issue where the Government has badly dropped the ball.  But MPs and the media corps were distracted, pulling out their phones to check YouTube for what Starmer had said about staying in the European Medicines Agency.  Four neatly packaged video of Starmer in speeches and at the Dispatch Box pledging to “seek to remain in the EMA” after Brexit were arrayed there, suggesting that Conservative Central Office had been planning this attack for some time. However, not even the most Machiavellian plotter at Tory HQ could have imagined Starmer would deny his own words.

By the time PMQs ended, the perma-angry backbencher Mark Francois was ready with a point of order demanding that Sir Keir come back and correct the record.

Later it was said that Starmer and Johnson had a proper ding-dong when they left the chamber.  Tory MPs claimed Labour’s leader turned puce and wagged his finger at the PM. If half true, and no doubt there is a good deal of exaggeration, then Johnson will have loved every second.

Speaking of angry, the SNP’s Ian Blackford had a button-popper of an attack at the PM for being “irresponsible” to visit a Scottish vaccine plant where there had been an outbreak of 14 Covid cases.

DUP MP Ian Paisley (North Antrim) said people in Northern Ireland were being made to “feel like foreigners in our own country” by post-Brexit rules. Which begs the question whether the DUP have yet sacked whoever convinced them to vote for Brexit in the  first place.

Johnson got through the rest without serious injury.  With the vaccine rollout and then Sir Keir’s error, the PM is actually starting to look lucky again.