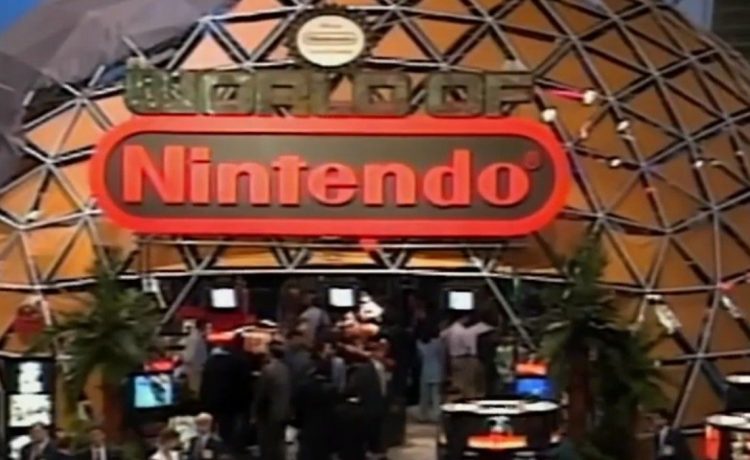 I want an entire episode on why Donkey Kong wears a tie and no other clothing.

Nintendo is virtually synonymous with video games – how many of us grew up saying “I’m playing Nintendo” as a catch-all term for playing video games in general? The company came from comparatively humble beginnings to become the ubiquitous titan of the industry, completely revolutionizing home entertainment in the 80s and 90s and creating a loyal following of lifelong customers in the process. But you don’t rise to that level of success without dabbling in some shadiness, and Crackle’s upcoming docuseries Playing With Power: The Nintendo Story looks like a candid chronicle of all the joy (and dirt) of Nintendo’s history.

Narrated by Sean Astin, who also serves as executive producer, Playing With Power takes us through Nintendo’s start as a playing card manufacturer to its current status as a gaming monolith. The five-part series features interviews from several industry figures and media personalities, including Wil Wheaton, Alison Haislip, Cliff Bleszinski, Phil Spencer, Nolan Bushnell, and Nati Casanova (a.k.a. Zombi Unicorn), among many others.

Judging by the trailer, Playing With Power feels like a good balance between good-natured nostalgia and enthusiasm for Nintendo as a brand and an innovator, and thoughtful critical analysis of some of Nintendo’s dubious practices and past missteps. In other words, it has a clear love for Nintendo but doesn’t look like a superficial piece of fan service, which some video game documentaries have fallen victim to in the past. I personally hope there is an entire episode devoted to the Virtual Boy, a console I only ever saw as a rental display in Blockbuster Video collecting dust next to the strategy guides. All five episodes will be available to stream for free on Crackle beginning March 1. Check out the trailer below.