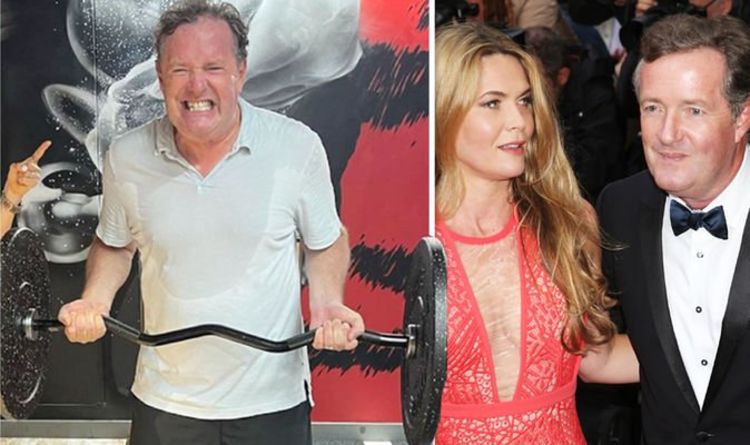 Piers Morgan quit his presenting role on Good Morning Britain earlier this year and ever since fans have been curious about the broadcaster’s next move. The 56-year-old has not shared if he has any plans to return to morning television but he has not ruled out a comeback to viewers’ screens.

The ITV host, who fronts his show Life Stories, took to Instagram and shared how he has been spending his downtime.

The columnist divulged that he had thrown himself into getting his body “ripped” and into shape ahead of his TV return.

Taking to the picture-sharing site, Piers shared a photo of himself alongside his personal trainer Sarah Lindsay.

The presenter shared his delight that gyms had reopened as he shared a candid snap from his workouts.

In view of his 1.7 million followers, Piers shared a photo where he lifted heavy weights.

As sweat poured down his face, the former GMB presenter clenched his teeth as he made a stressed facial expression while working out.

Sharing a quote, Piers began: “‘I hated every minute of training, but I said, ‘Don’t quit. Suffer now and live the rest of your life as a champion.’ – Muhammad Ali.

“Savage session with The Torturer @roarfitnessgirl at @roarfitnessldn in Kensington, but she assures me I’ll be ripped & emaciated by the time I’m back on TV again.”

Vernon Kay remarked: “That golf shirt again!! @roarfitnessgirl get him in a gym top.”

Fans offered their support with Piers’ fitness goals, as one wrote: “Feeling your pain there Piers.”

Another quipped: “Lay off the carbs,” while a third added: “Go on Piers. You can do it.”

Others quizzed the presenter over his television return, as another queried: “When will you be back on TV Piers?”

A fifth penned: “I bet your back on GMB after the summer break.” (sic)

While Piers does not appear to be making a return to his former role, the broadcaster addressed his decision to leave after his appearance on Australia’s Today programme.

Sharing a screenshot of his debut, he captioned the post: “Great to be back on breakfast TV, albeit on the other side of the world… @thetodayshow.”

During the show, he spoke about his decision to quit his role on ITV’s GMB as he took aim at his former co-star Alex Beresford.

In March, weatherman Alex confronted Piers over his comments about the Duchess of Sussex when he dismissed Meghan’s claims that she suffered suicidal thoughts and struggled with her mental health after joining the royal family.

The row caused Piers to storm off the set, riled by Alex’s on-air criticism.

He said: “I actually did come back a few minutes later and we had actually quite an interesting conversation.

“I just thought, ‘You know what, I’m going say something I will regret.'”