Pia Miller recently flew back to Sydney after spending time with her Hollywood agent boyfriend Patrick Whitesell in LA.

And on Wednesday, the 36-year-old actress enjoyed a day at Clovelly Baths with her 13-year-old son Lennox, whom she shares with her ex-husband, Brad Miller.

The former Home and Away star looked relaxed and happy as she went makeup free for the day. 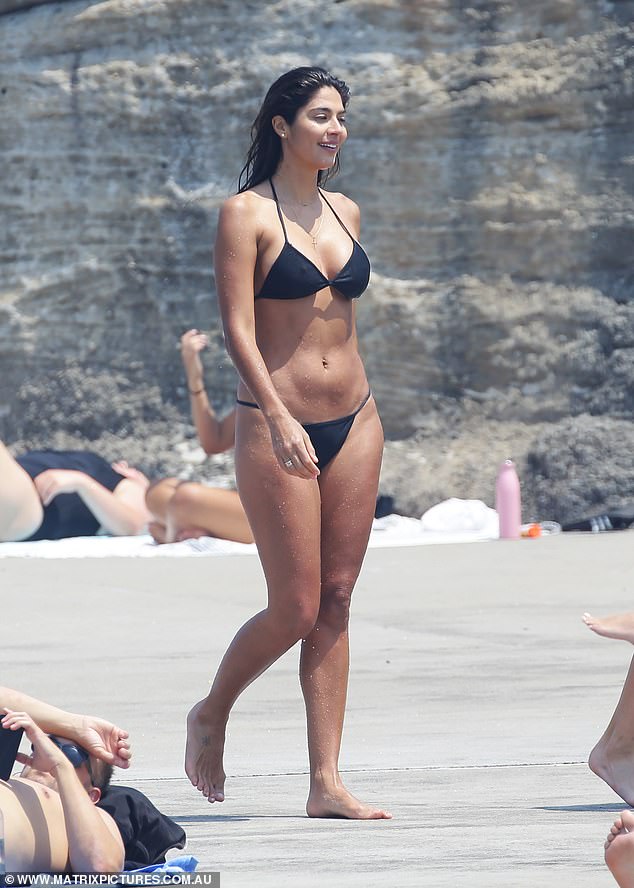 Hot mama! Former Home and Away actress Pia Miller flaunted her sensational figure in a black string bikini on Clovelly Baths on Wednesday

She wrapped a towel around her slender waist, and accessorised with a pair of black sunglasses and an animal print bucket hat.

The mother-of-two turned plenty of heads as she flaunted her toned physique in a black string bikini.

After placing their belongings on the edge of the water, Pia and Lennox jumped into the pool and enjoyed a leisurely swim. 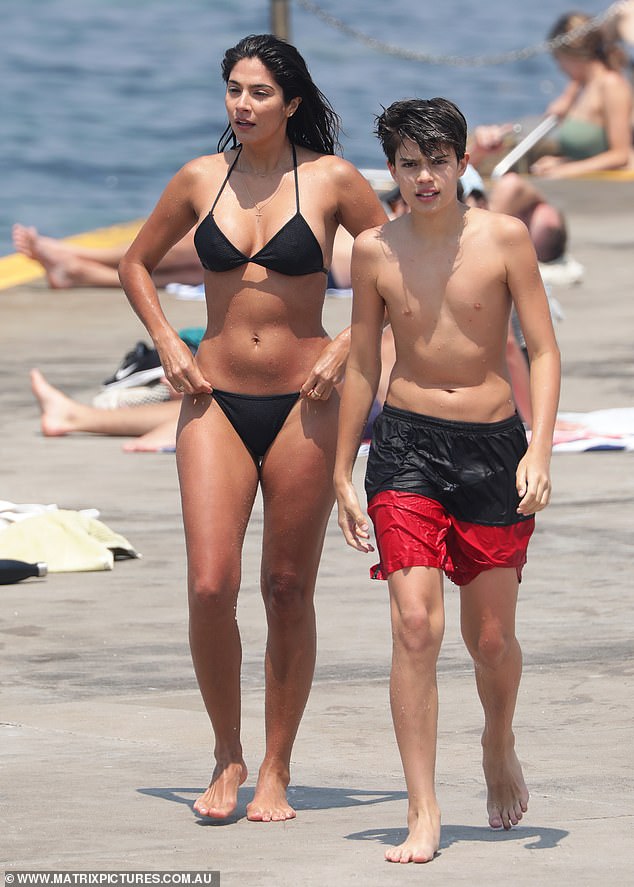 Family time! She enjoyed the day out with her 13-year-old son Lennox, who she shares with ex husband former AFL star Brad Miller 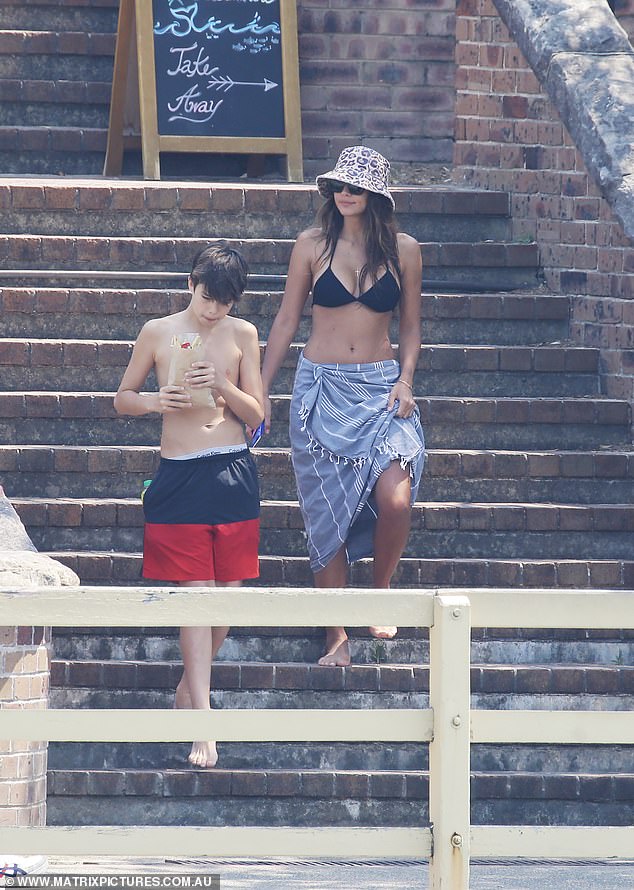 Low profile: She appeared to keep a low profile walking down the stone stairs 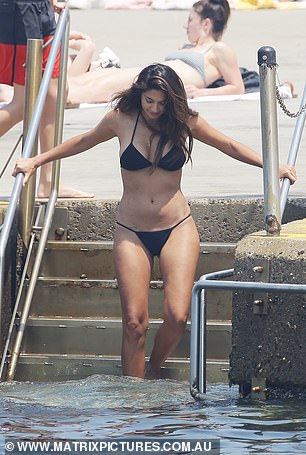 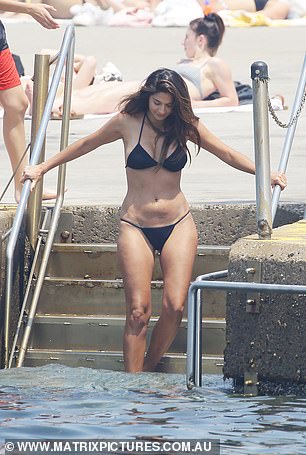 Summer stunner: After they placed their belongings on the side, Pia showed off her trim and toned physique in a black bikini 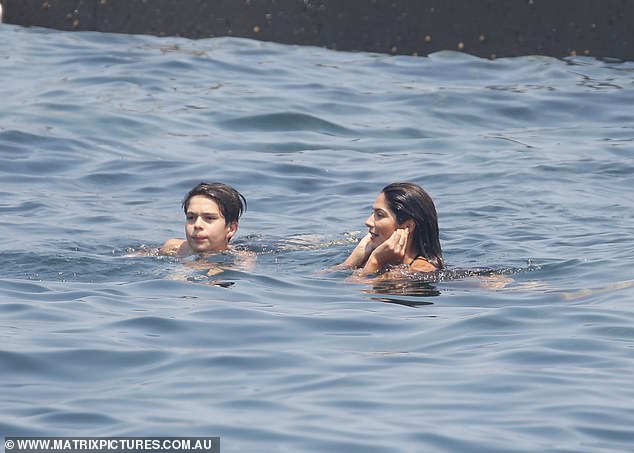 Family time:  The mother and son each plunged into the pool and swam in the cool water 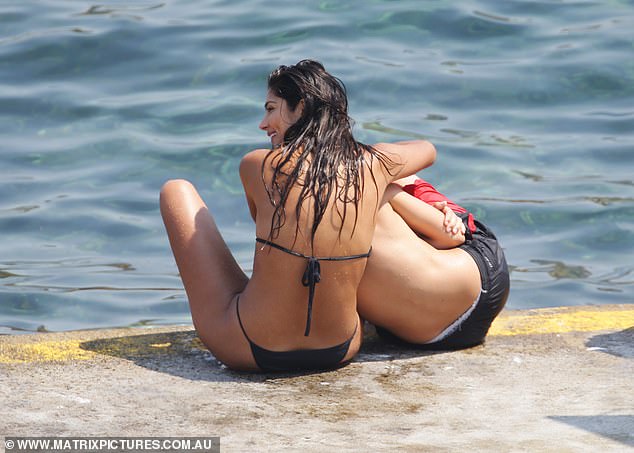 Bonding: The two appeared to be enjoying a fun-filled conversation, with Pia giving her son a big friendly hug

Later on, the mother-and-son duo climbed out of the water and relaxed on the concrete, where they soaked up plenty of sun.

They appeared to be having a lively conversation, with Pia wrapping her arms around Lennox in an affectionate embrace.

After drying off, Pia decided to take another dip and leaped into the outdoor baths. 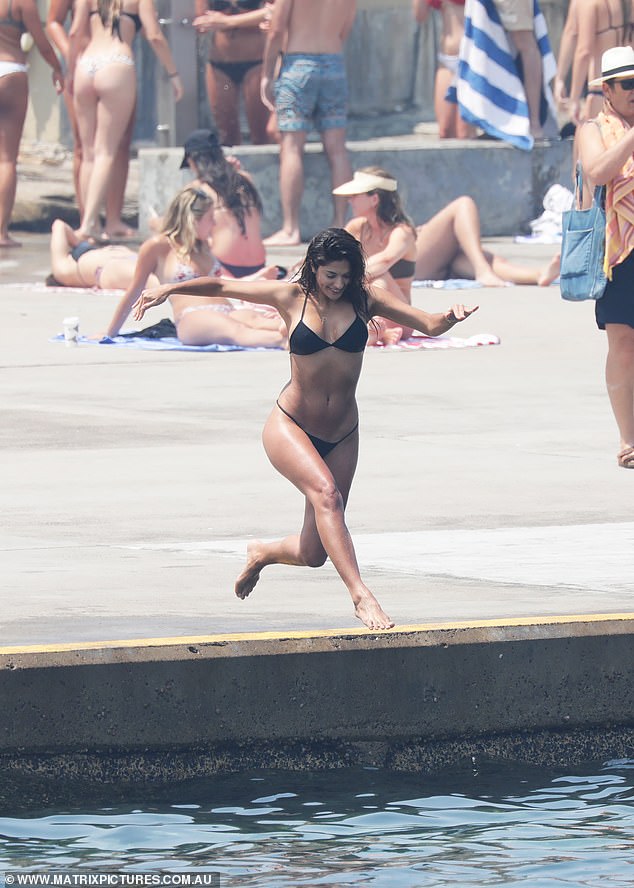 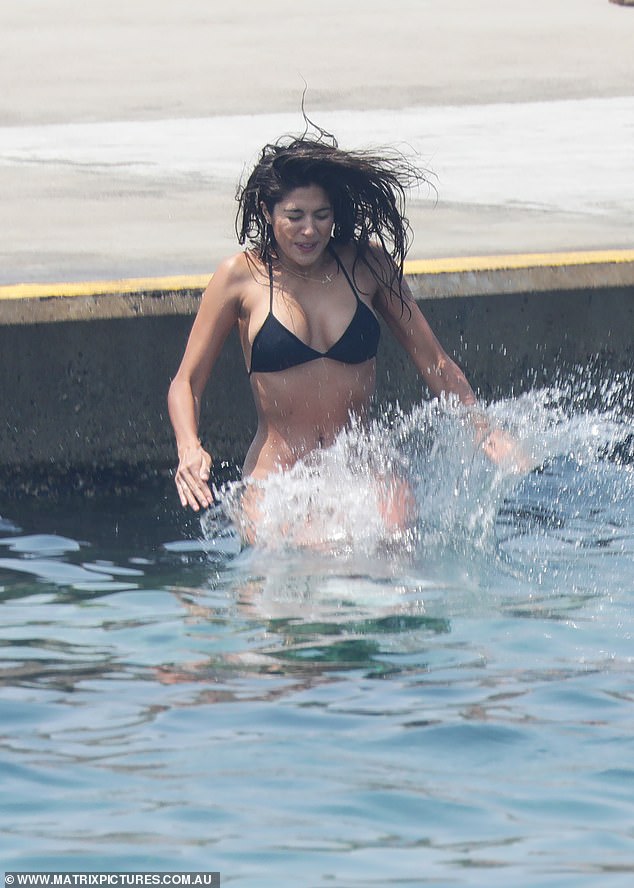 Making a splash! She caused a splashed as she plunged into the water 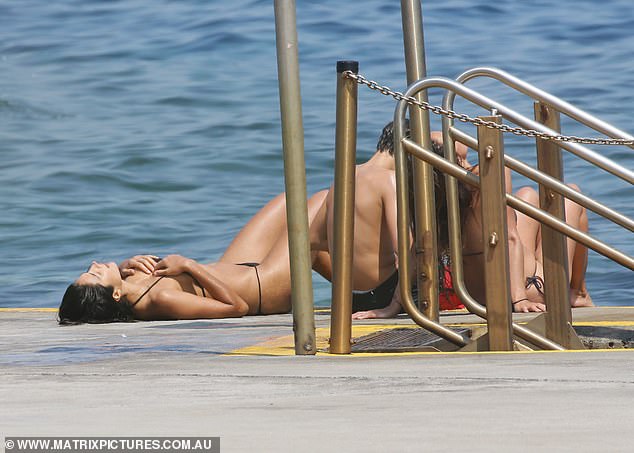 Relaxing: They stepped out of the water and relaxed on the concrete where they caught some sun 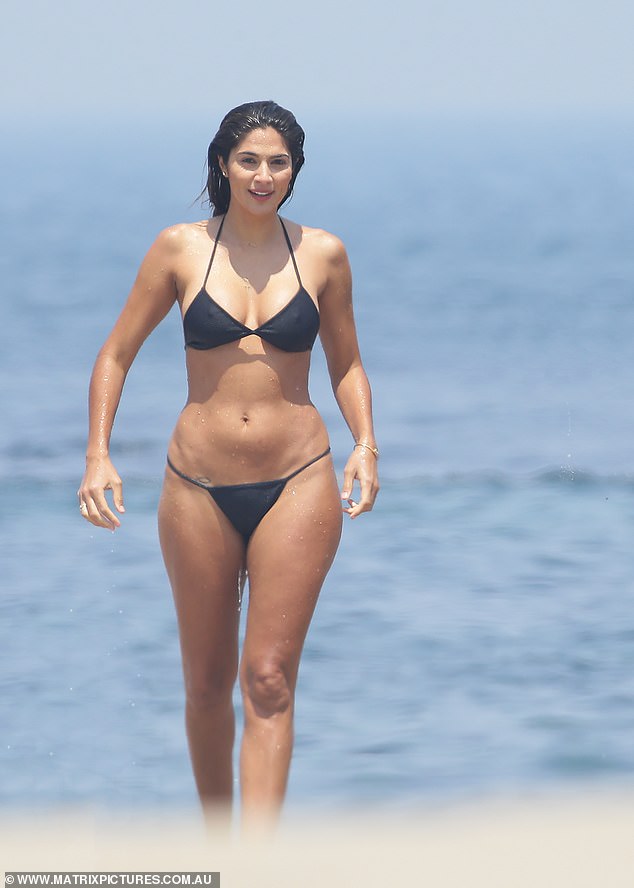 Bond Girl moment! She later stepped out of the water, putting curvy figure on show 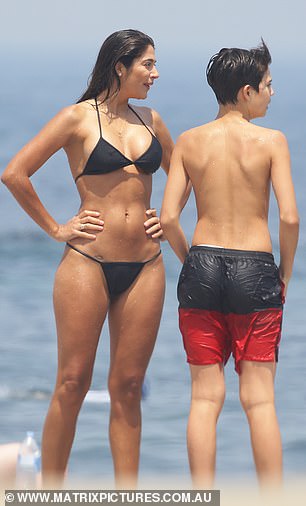 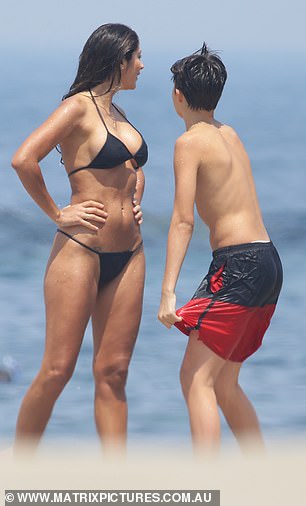 Beach body: The mother and son looked out at the water, they appeared to be deciding on whether to spend more time in the water

The former Home and Away star and her son enjoyed some quality time swimming in the water.

Out of the water, Pia’s fine gold necklaces and gold ring were on show – including her Cartier Juste Clou Bracelet valued at $4,600.

They wrapped things up at the baths gathered their things before heading home together.

As they walked back, the stunner wowed beach-goers by showing off her fabulous figure in the tiny two-piece swimsuit. 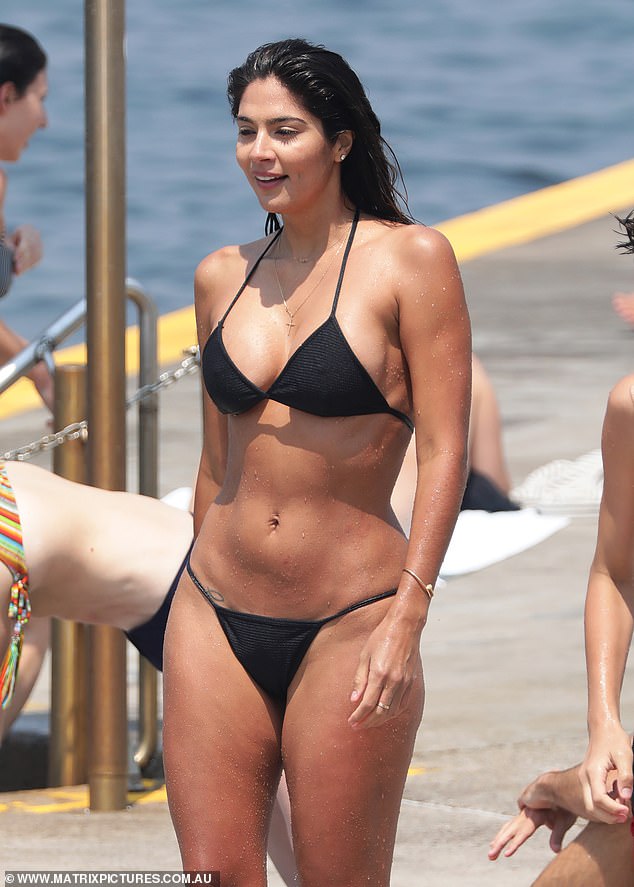 Luxurious: Out of the water, Pia’s fine gold necklaces and gold ring were on show – including her Cartier Juste Clou Bracelet valued at $4,600 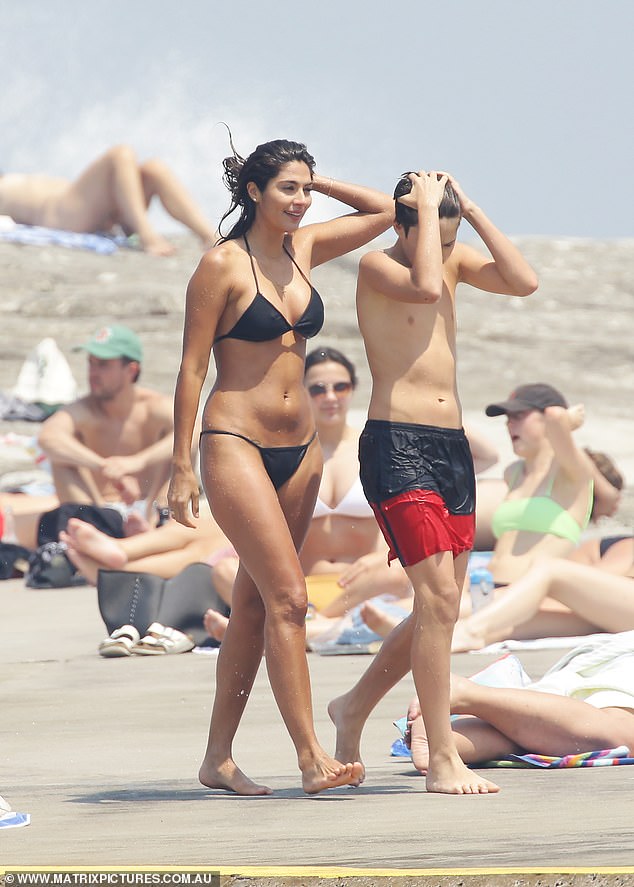 Home time: They wrapped things up at the baths and appeared to be head back to pick up their belongings to go home 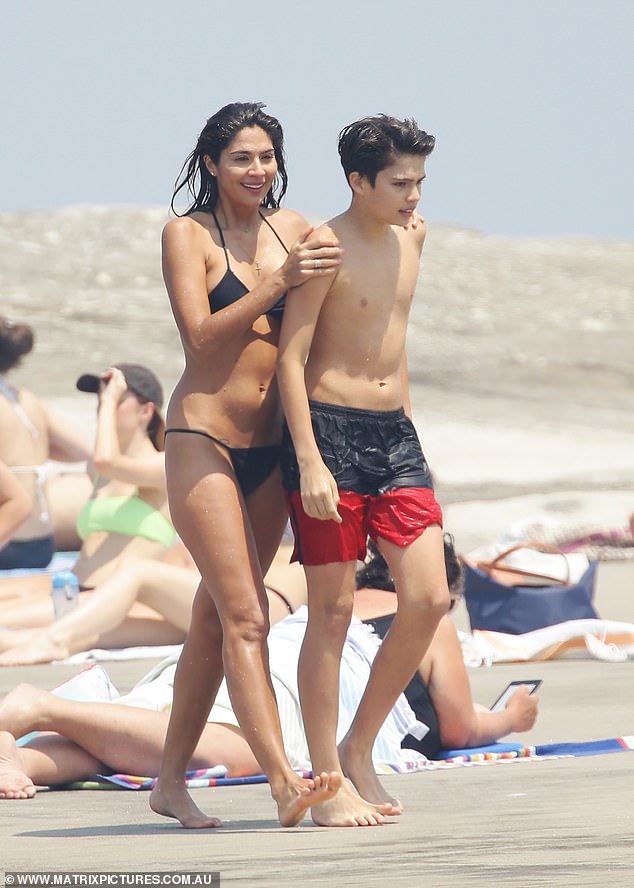 Mama’s boy: Pia held onto her son’s shoulder as they walked past beach-goers relaxing under the sun

Pia and Lennox’s day at Clovelly Baths comes after she recently she flew back to Sydney from the US after going public with her boyfriend Patrick, 54, earlier this month.

They stepped out for the first time together hand-in-hand at Casamigos’ A-list Halloween party in Beverly Hills in October.

The pair are reported to have been quietly dating since May and they’ve even enjoyed holidays to Italy and Paris.

Pia and Pat first began seeing each other at the beginning of the year, following the breakdown of his marriage to Lauren Sanchez. 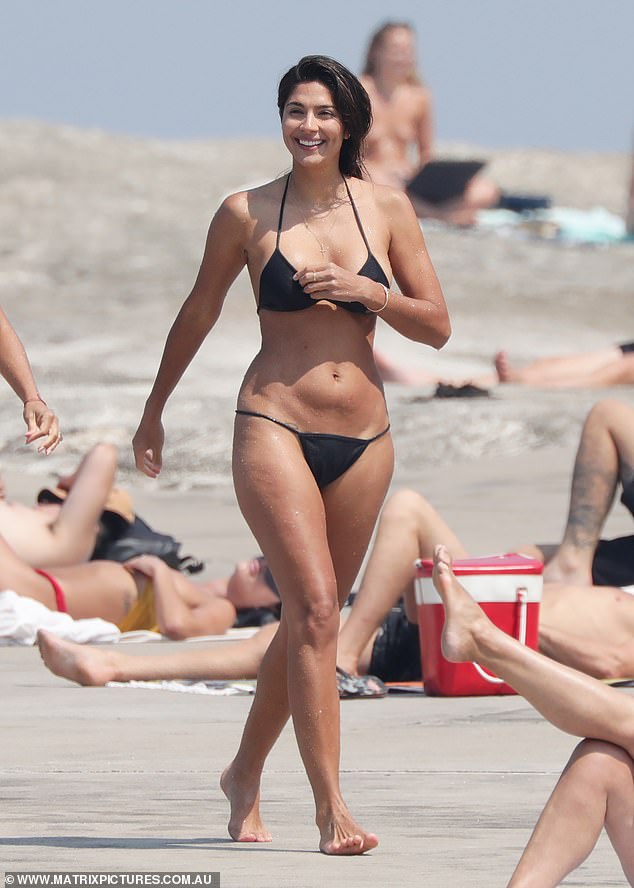 Beaming: Walking back, the stunner wowed beach-goers showing off her fabulous figure 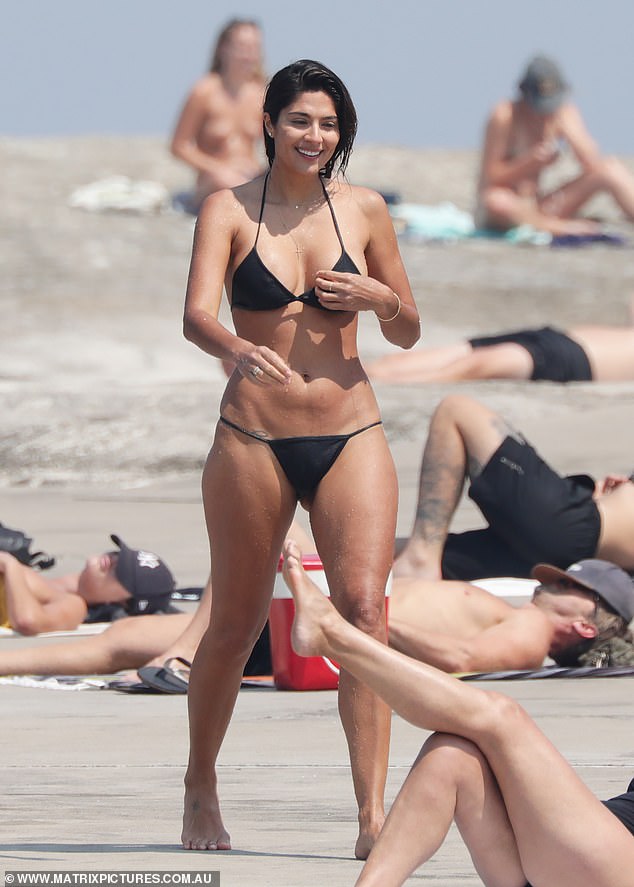 Wow: She beamed at the pools flaunting her physique in the tiny two-piece swimsuit 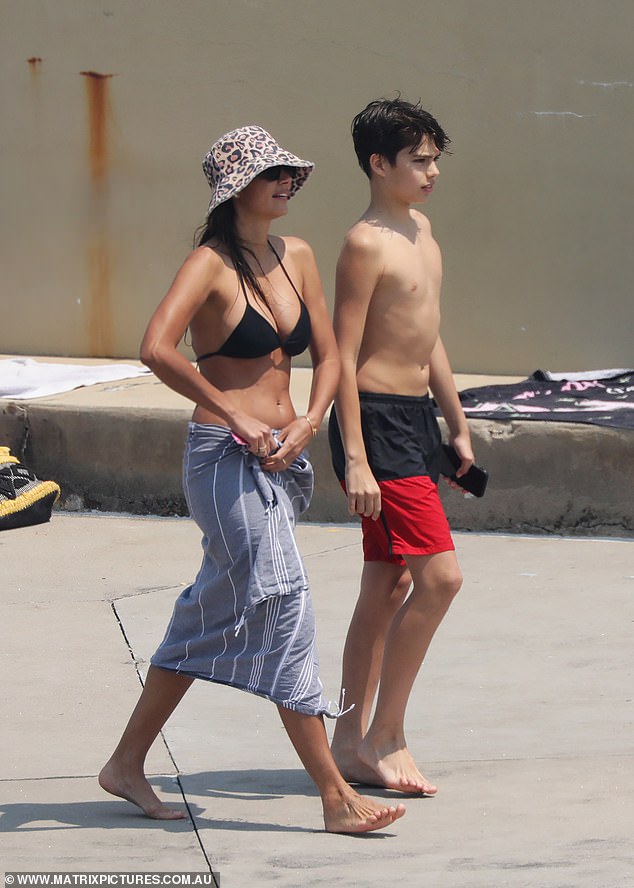 Back home: Pia and Lennox’s day at Clovelly Baths comes after she recently she flew back to Sydney from the US after going public with her boyfriend Patrick, 54, earlier this month

Lauren is now in a relationship with Amazon boss Jeff Bezos, the world’s richest man.

Pia and Patrick had kept their romance a secret for months, despite embarking on a number of holidays around the world this year.

The couple formally debuted their relationship at Casamigos’ A-list Halloween party in Los Angeles on October 25. 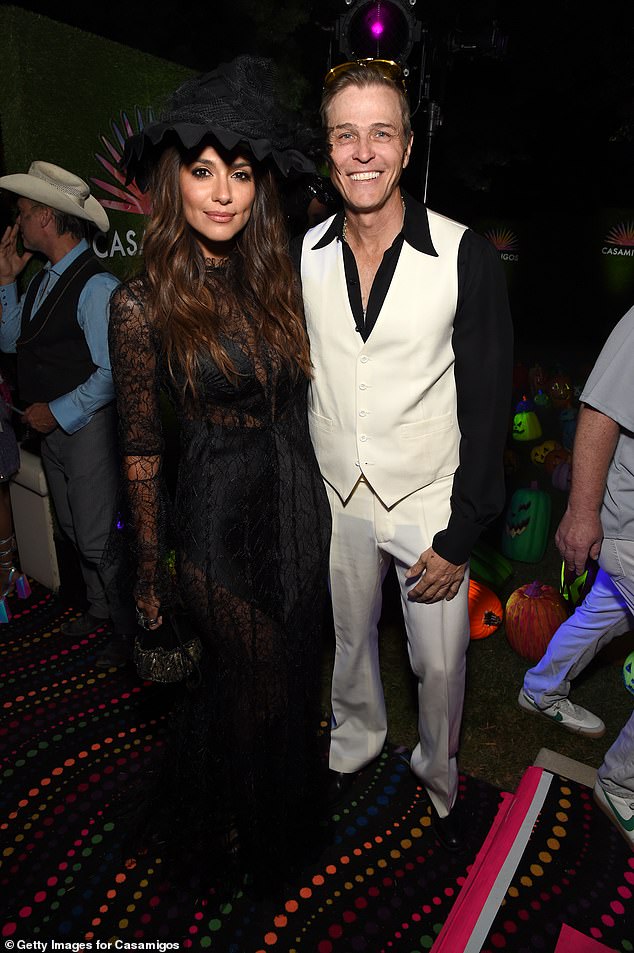 READ  From A Walk to Remember to This Is Us: Mandy Moore's Most Lovable Roles Over the Years

Look back at Liam and Noel Gallagher's troubled relationship

How and when will cinemas reopen in England, and which films can you see?

Doctor Who star David Tennant’s fortune swells to over £3.3million