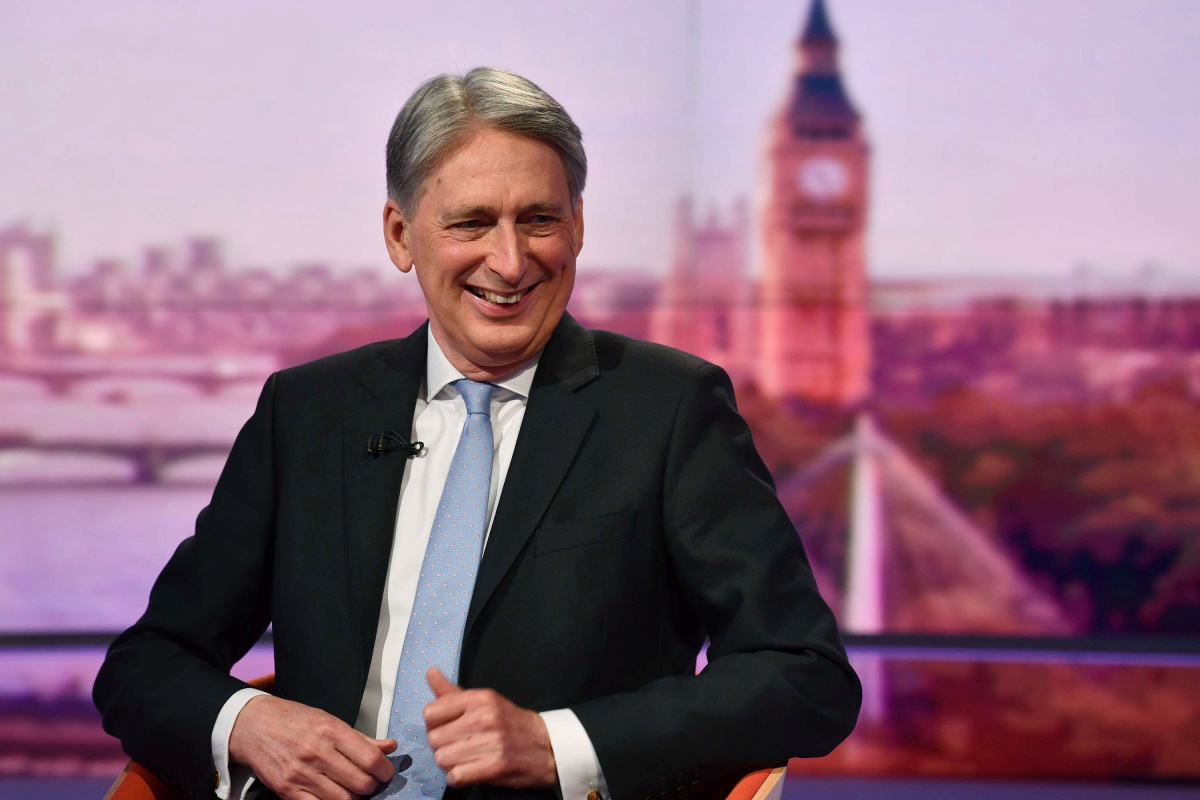 PHILIP Hammond on Sunday sensationally revealed he could lead a rebel Tory charge to topple the next leader if they go for a no-deal Brexit.

In a bombshell threat, the Chancellor refused to rule out joining a no confidence vote against the next PM to stop Britain crashing out on Halloween.

And the Brexit-bashing Cabinet minister warned other Tory MPs could join him in going for the nuclear option.

It puts him at war with leadership frontrunners Boris Johnson and Dominic Raab, who said they would go for a no-deal rather than delay Brexit again.

Mr Hammond blasted their promises to try to renegotiate the hated backstop as a “fig leaf” for no-deal.

Asked several times if he would join Jeremy Corbyn’s Labour in toppling a no-deal PM, he refused to rule it out.

He said: “I would find it very difficult to vote for a no-deal Brexit.”

And hinting that he could lead a gang of rebels, he added: “This is a very difficult situation. It would challenge not just me, but many of our colleagues, and I hope we will never get to that position.”

The staggering threat sparked uproar from Tory big beasts who slammed him for contemplating letting hard-left Mr Corbyn into No10.

He told The Sun: “This is an extension of Project Fear and an attack on Boris Johnson.

When do we find out the results of the EU Parliament elections in the UK?

READ  Brexit latest: UK and EU to unveil trade negotiation stances and discover how far apart they are

PUTTING A BRAVE FACE ON

May breaks cover after quitting as Tory rivals battle for No10

“If Philip Hammond and others do this their historical epitaph would be ‘they destroyed the Conservative Party and let the Marxist Jeremy Corbyn into No10’.”

Tory MP Jacob Rees-Mogg said: “It is hard to believe that Philip Hammond loves the EU more than he fears Mr Corbyn as Prime Minister.”

Labour have vowed to bring a no confidence motion against the next PM as soon as they move into Downing Street.

Sun Explains who will be the next Prime Minister?