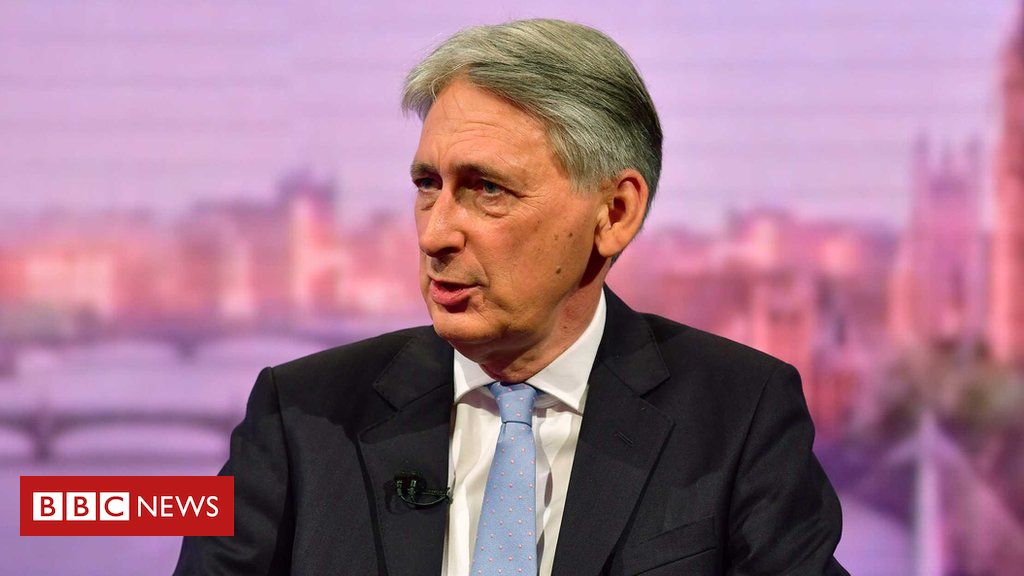 It would be “staggeringly hypocritical” for the government to sack Conservative MPs who rebel over its Brexit plans, former chancellor Philip Hammond says.

It comes after the Sun reported No 10 would stop any Tory MP who votes to block a no-deal Brexit from standing for the party in a general election.

But Mr Hammond said eight current cabinet members had themselves defied the party whip this year by voting against Theresa May’s Brexit deal.

Mr Hammond tweeted that he wanted to honour the party’s 2017 manifesto promise for a “smooth and orderly” exit and a “deep and special partnership” with the EU and “not an undemocratic No Deal”.

Another senior Conservative MP, who is likely to back moves to prevent a no-deal Brexit next week, said they would be “disappointed” if it appeared that the government was “threatening” colleagues.

They added that Downing Street looked like it was “spoiling for a fight”.

Government sources told the BBC that Prime Minister Boris Johnson wanted all MPs to “recognise their duty” and “give him their support” to get the UK out of the EU by 31 October 3.

A government spokesperson said: “All options for party management are under consideration, but first and foremost the PM hopes MPs will deliver on the referendum result and back him on Parliament.”

Whether Boris Johnson’s government would really go so far as to throw rebellious MPs out of the party isn’t yet certain.

But the fact that today’s reports aren’t being denied is yet another indication that Downing Street is, it appears, doing its best to dissuade wavering Conservatives from supporting legislation designed to block a no-deal Brexit.

Mr Johnson believes that taking that outcome off the table will weaken his hand in trying to get a new agreement.

However, some MPs take the view that this administration is being deliberately provocative, perhaps with the aim of being able to create that “People versus parliament” narrative in the event of a general election.

Despite insisting during the Tory leadership campaign that he thought proroguing Parliament was a bad idea, Mr Javid has now defended the plan.

Thousands of people took to the streets across the UK to protest the suspension on Saturday.

Demonstrations were held in central London, near Downing Street, and in Manchester, Leeds, York and Belfast.

READ  Frictionless trade with the EU will end in 2020
Share on FacebookShare on TwitterShare on PinterestShare on Reddit
newsgrooveAugust 31, 2019